To celebrate this new milestone since Celica`s 35-year lifespan, Toyota Australia decided to launch a new variant under its local brand, Apollo.

Speaking of the gorgeous Toyota 86 and its success in Australia, Sean Hanley, Vice President of sale and marketing of Toyota Australia, needed to say a few words:

“The sales success of the Toyota 86 has been impressive, and it is just the start of a new era of excitement within our company. Toyota`s designers and engineers are continuing to display their commitment to mode desirable styling and greater driving enjoyment with cars like the latest Camry, the upcoming Corolla and next year`s RAV4.”

The performance package for the GTS costs an additional $2,200 while for the GTS customers will have to cash out $2,900. The GTS adds extra goodies like blacked-out alloy wheels, updated side mirrors and rear spoiler, as well as black leather inside the cabin.

Under the hood, the new 2018 Toyota 86 Apollo blue comes with a 2.0-liter naturally aspirated boxer with flat-four cylinder, developing 152 kW. Toyota Australia has also released a couple of photos with the new model introduced Down Under. Enjoy! 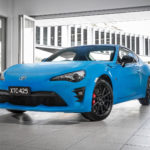 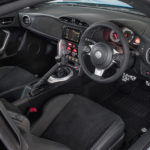 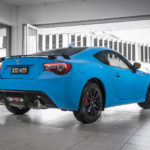 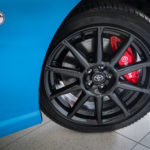