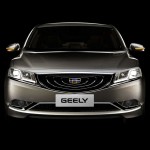 The Chinese carmaker Geely has released the first teaser images of its new flagship sedan, called GC9, ahead of an official reveal. The Geely GC9 is influenced, in styling, by the KC Concept which was shown in 2013 at the Shanghai Auto Show. The vehicle is said to be the first Geely car model to […]