The Japanese carmaker Toyota left the WRC fourteen years ago, but rumours of its return have been surfacing lately.

In fact, a prototype of the Toyota Yaris WRC has recently been spotted while being tested in Belgium. Apparently, Toyota has been testing the rally car for a few months, but a date when the car manufacturer will again enter the rally championships has not been revealed. Unofficial reports suggest that it might take place in 2017. 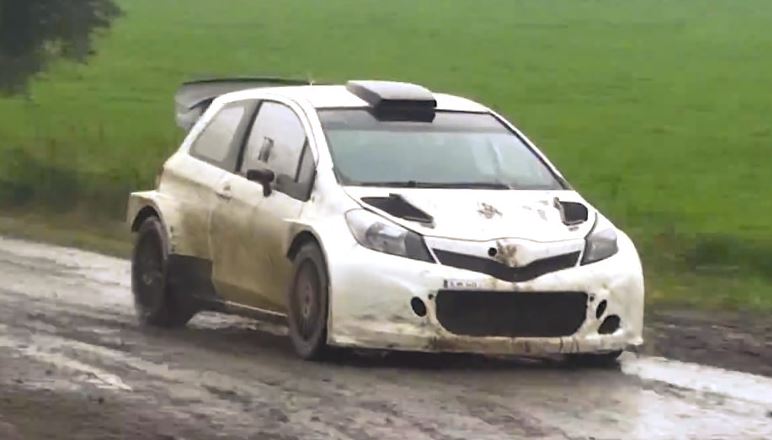 Details are limited at the moment, but we know that the Toyota Yaris WRC is powered a 1.6-litre turbocharged engine capable of generating 300 hp. As expected, the car comes with all-wheel drive.

It’s delightful to see how popular superminis designed for city driving can be transformed into tuned rally cars.

In the video below, you can watch Stephane Sarrazin, a French racing driver who participates in the Formula E championship, testing the Yaris WRC on a muddy track.