On 1st April, the Germans from BMW Company launched the most serious joke. They built BMW M3 pick-up, as being the “world’s fastest pick-up”. Paparazzi surprised the BMW crew testing this new model, and this thing created some agitation amongst the BMW fans. On 1st April, the BMW officially declared that this is not a joke, is a unique model dedicated to Fool’s day. 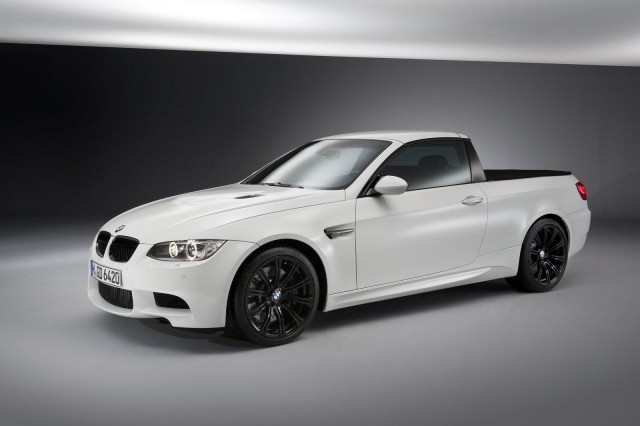 When it comes about visual and technical parts, BMW M3 pick-up borrowed them from BMW M3 coupe. It has the same V8 engine, with a capacity of 4 liters, packing 420-horsepower, the same “Power dome” hood ant also the two pairs of exhaust pipes.

The modification has been made to the rear side where the BMW Company mounted the load bed with a capacity of “20 standard golf bags” and maximum admitted weight of 450 kilos. This part is also clad with an aluminum sheet which denotes BMW specific style and elegance.

As the officials from BMW said, the M3 pick-up model is the “world’s fastest pickup”. The car can reach a maximum speed of 300km/h thanks to its powerful engine. As I already said, this model is unique and is dedicated to Fool’s day so it is not designed for production. 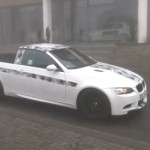 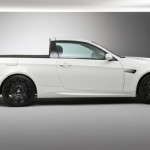