2015 Ford Ranger Wildtrak has recenty been spotted. Described by the producers the car will be “smarter, safer, smoother and stronger” in coparison to it’s predecesor.

So far the car has only been seen in a short teaser clip. The film has been posted by Ford Asia Pacific at the end of 2014. The short clip showed a facelifted Ford Ranger Wildtrak. The much awaited for car has now been protographed in Thailand. The image is quite special as it shows the undisguised prototype of the 2015 Ford Ranger Wildtrak quite clearly. 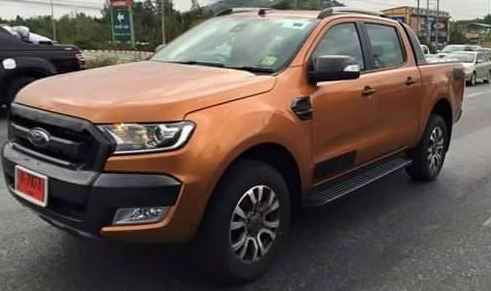 Information on the interior is missing. So far nothing is known but drivers can expect the 2015 Ford Ranger Wildtrak to look a lot like the 2015 Everest.

As far as the exterior aspect of the new 2015 Ford Ranger Wildtrak goes some things are definite. The new car benefits from important changes.

The 2015 Ford Ranger Wildtrak has a new appearance. Curious to know what makes the car special? List of novelties counts decals on the doors. But this is not all as the car has black bumper trim and black sports bar at the back.