Cadillac CT6 has been teased one last time. The company decided to publish another mysterious image showing the much awaited car. As a reminder the new CT6 will be unveiled today.

Not only this, but the car will be introduced officially to the public of New York tomorrow. So far the car has been partially revealed via a comercial shown at the 2015 Oscars. 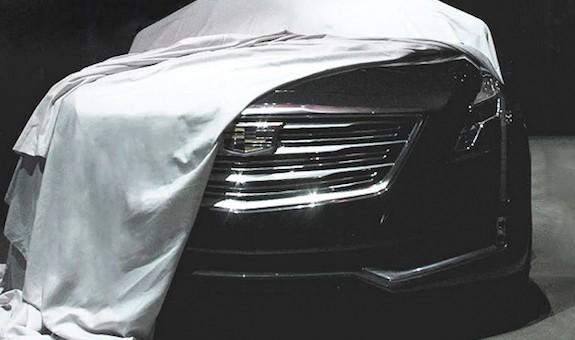 Technical details about the car show that the CT6 will benefit from a 64% aluminum body,. Impress arsenal includes also a twin-turbo 3.0-liter V6 engine that offers 400 bhp (298 kW) and 400 lb-ft (543 Nm) of torque. And future plans sound good as the CT6 might also benefit from an updated version of the 3.6-liter V6 naturally aspirated motor.

The long teasing campaign started by the company is close to being over. Though important details regarding the Cadillac CT6 have been unveiled so far the latest image gives us the chance to take a better look at the front fascia of the car.

And we end with super news as according to Cadillac the CT 6 will most likely enter production late 2015.