Special news coming for car fans all over the world as one of the most awaited for models has been seen. The hybrid Bugatti Veyron replacement has been caught on camera at an airport in Los Angeles.

Most likely the superb prototype will be going to Pebble Beach where it will be shown to potential customers. Though the image is not very clear and we can not give many details about the car there are some important things to be mentioned. 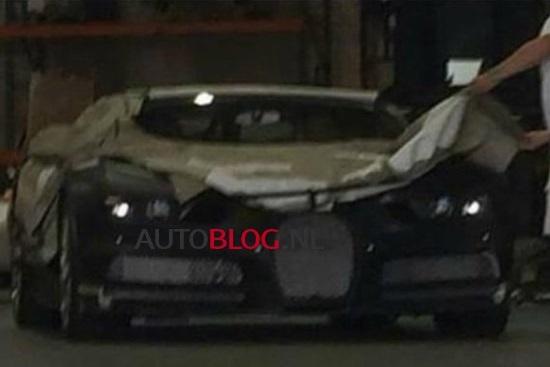 The special hybrid Bugatti Veyron replacement will be “beautiful… very aggressive and very sporty!” according to the man that took the photograph. Not only this but it seems the new Bugatti will look different than we have been made to believe by many designs.

As you may know by now the new car might be called Chiron and might come with a top speed of of 288 mph (463 km/h). Most likely the new vehicle will be launched in the second half of next year.