The next generation Honda Civic Type R has been rendered. The superb car comes as a bold looking coupe that can easily be described as aggressive. Though gorgeous the two renders made by CivicX are far from transforming into real cars for now. Actually the designs are based on the recently launched Type R.

Most likely the next generatpion of cars will only reach markets in 2018, though work on the superb models might start some time soon. At the moment no oficial plans have been announced by Honda as far as the coupe being transformed into a Type R. Showing the authors skills the renderings are of the next generation Honda Civic Type R are based on the Civic Coupe concept and on several spy images. Another aspect that remains on the mystery list is the motivation for the next generation Honda Civic Type R. Most likely the car will provide a special engine that will enable it to be faster than it’s predecessor. 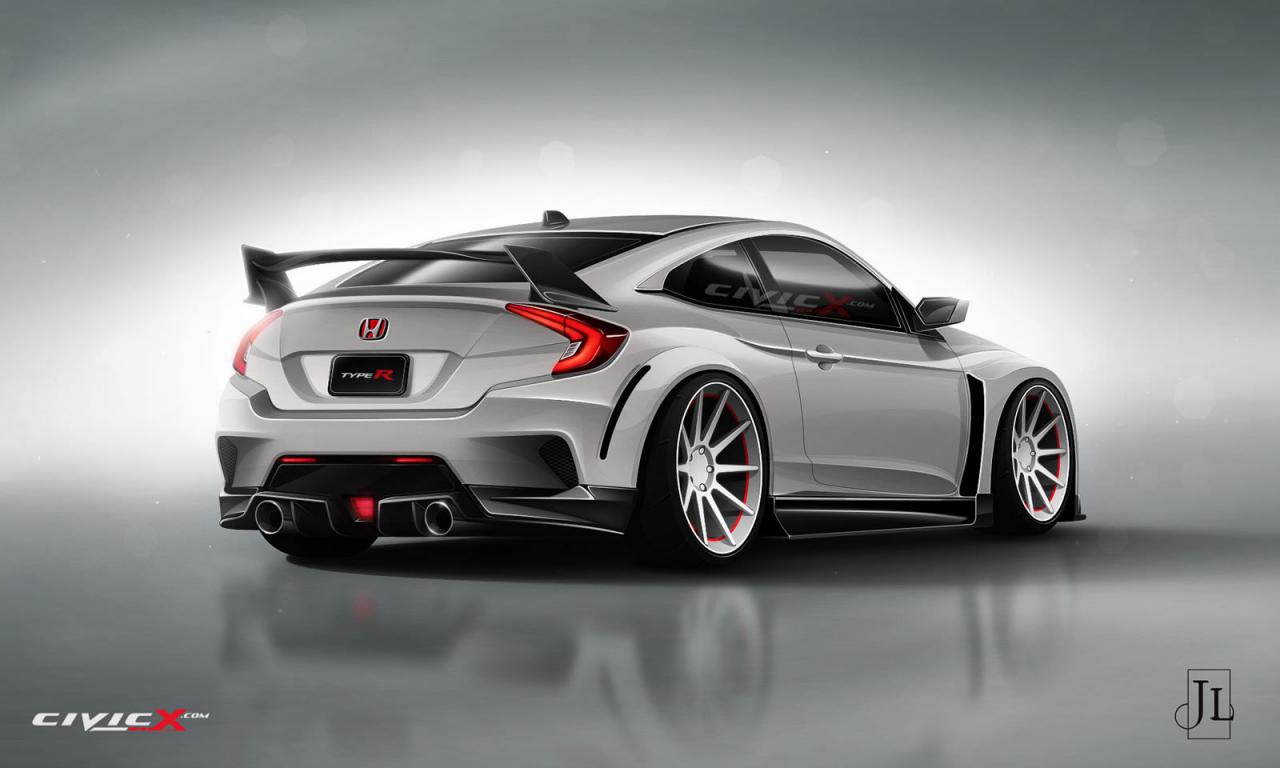