Being the sort of car that wants to stand out in China is tricky, even if you’re a really rare and expensive model like the Ferrari 458 Italia. 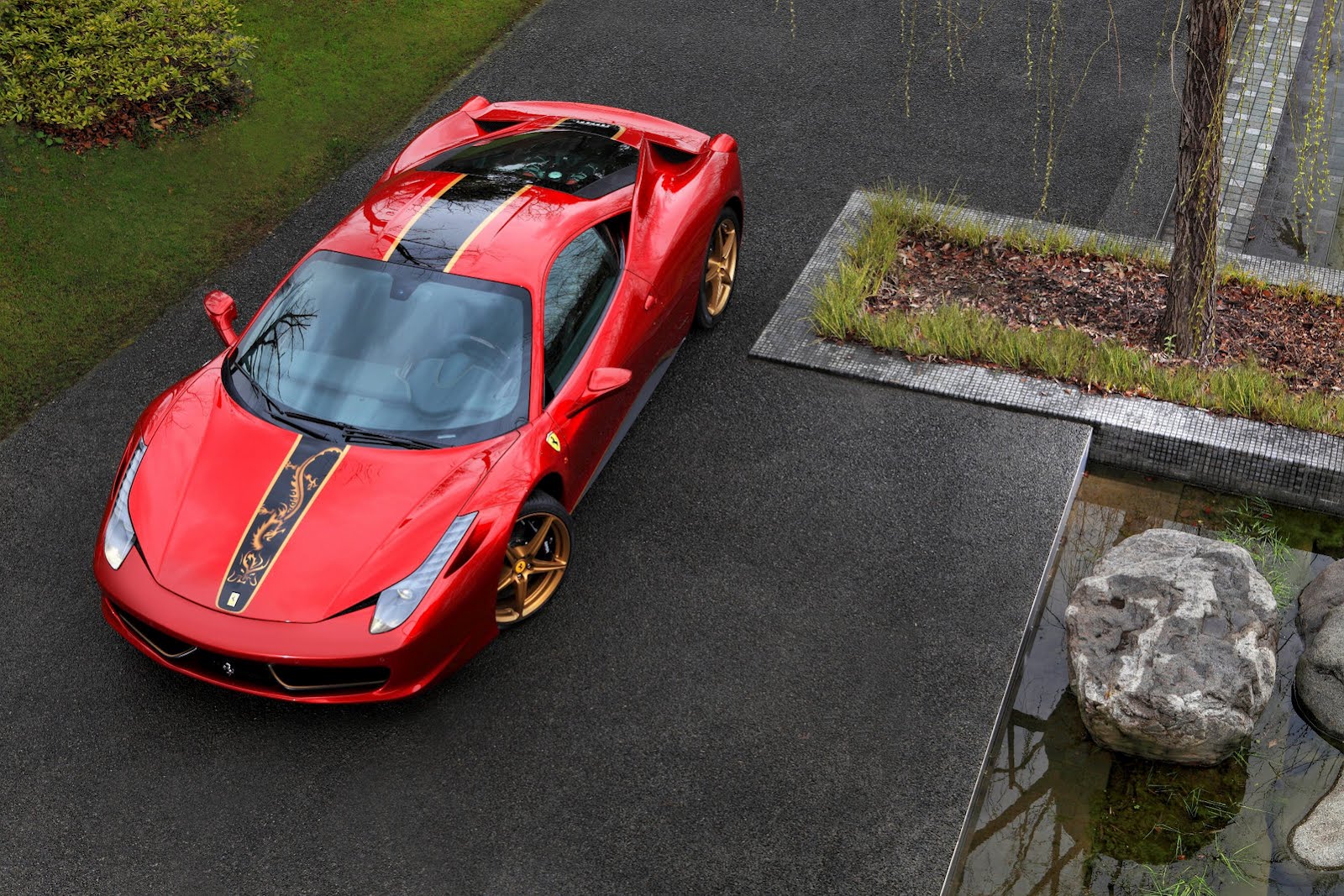 Even the Maranello toy of choice has to play dress up before being shipped to the People’s Republic. The traditional red color stays but the rest of the traditional stuff is Chinese.

The new Ferrari 458 Italia wears a new exterior finish that is inspired from the “longma” theme. It’s a traditional Chinese ideal that relates to the vigor and spirit of the legendary dragon-horse.

It sports the fabled winged horse that gets dragon scales in Chinese mythology across the length of the bonnet. This detail is painted in a gold color against a black background. 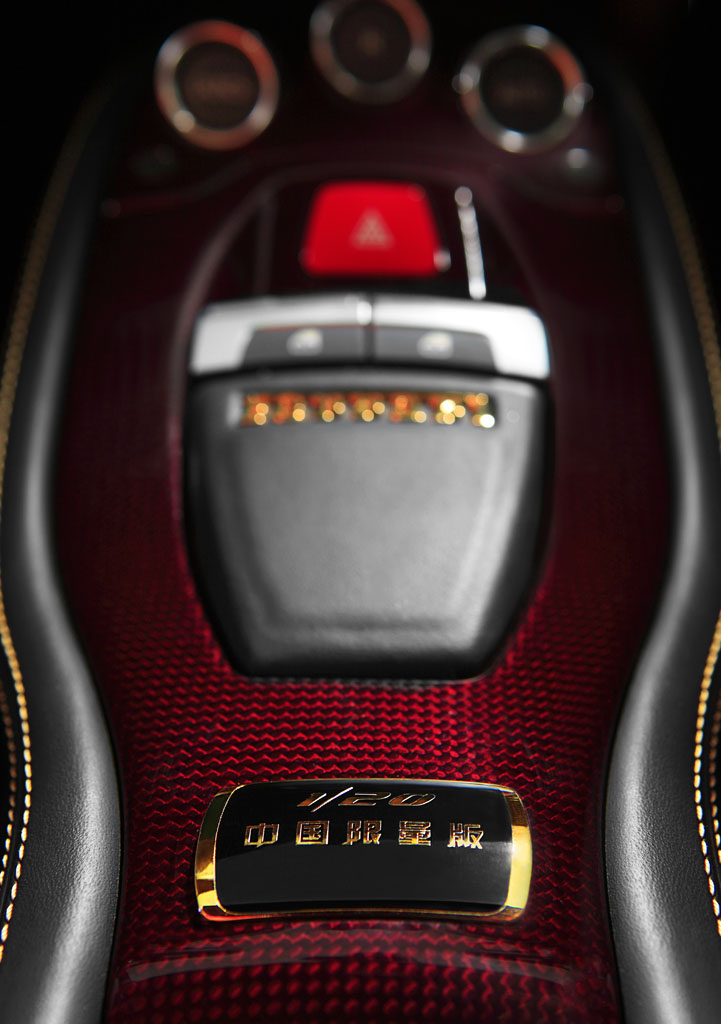 The stripe itself carries over the roof and is also duplicated on the sides, covering up most of the sideskirts.

The alloy wheels of the Ferrari 458 Italia are now gold as well. Oh and since we’re on the subject of color, this model may be red but it’s not the original Ferrari one. 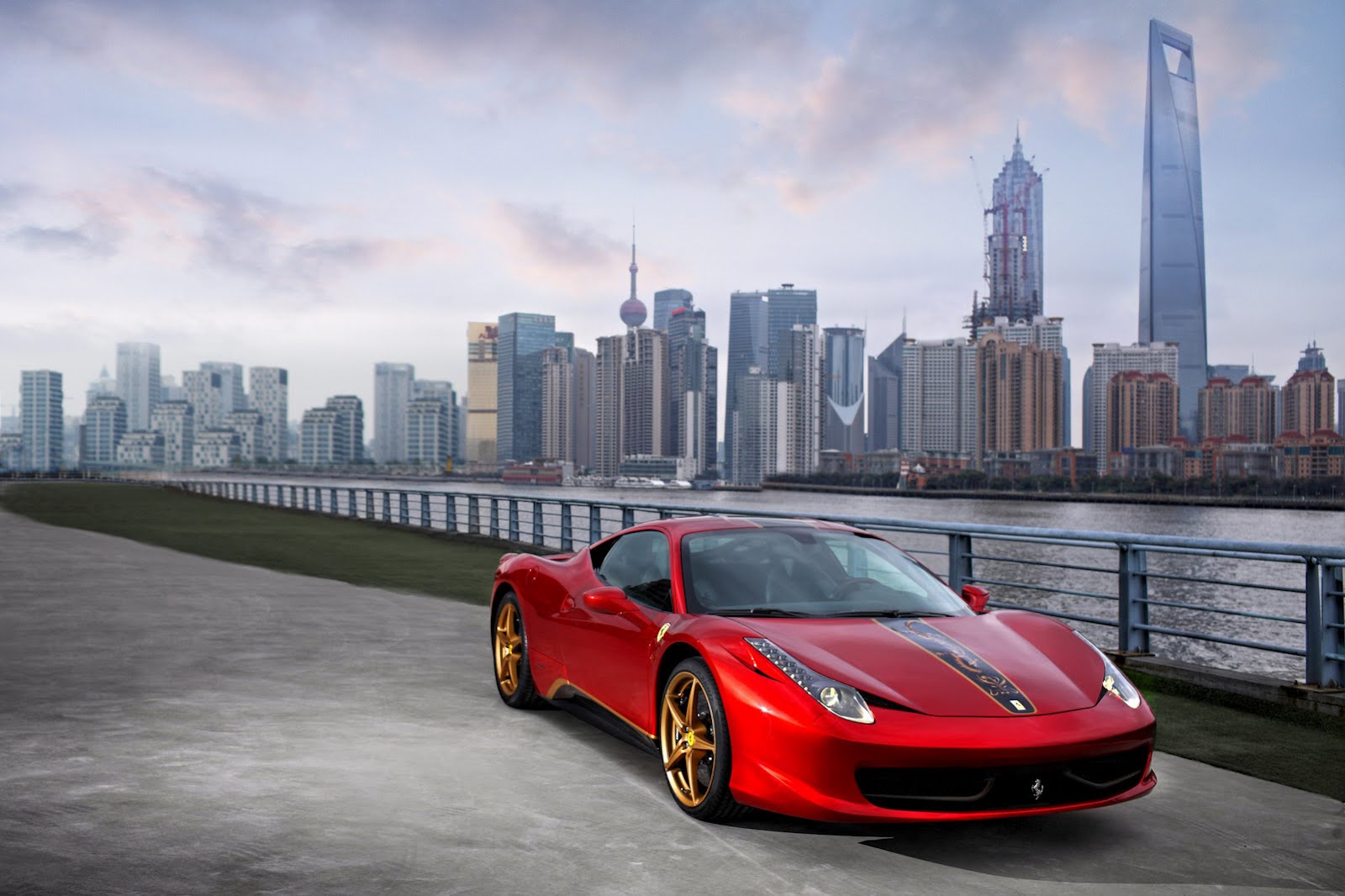 That’s cause it’s been 20 years since Ferrari sold their first car in China. Only 20 units of this car will ever be made and each gets its own limited edition plate inside.