The next – generation Porsche Panamera has been spied again. The much awaited for car has been photographed while undergoinig testing and the images speak more than words ever could. As known by now Panamera has not been admired for being a beautiful car.

Now it seems that producers have big plans regarding the next generation Panamera. Under hood arsenal is still unconfirmed, but as rumoured so far the next – generation Porsche Panamera might be offered with new V6 and V8 engines. 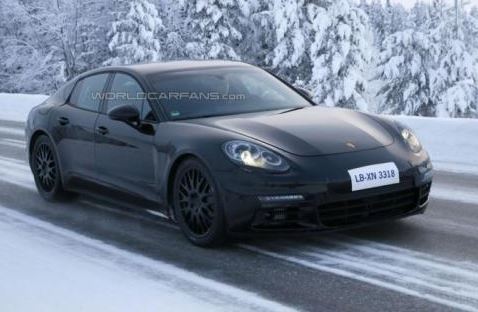 As expected the new engines will provide extra power for the model. The much awaited for Porsche Panamera will be built in Leipzig, Germany starting next year.

Though further details have been kept pretty much a secret most likely the new Panamera will ride on a MSB platform. Thechnically this is represented by a combination of aluminum and high-strength steel that could help Panamera lose some weight. By this change the new Porsche might be up to 200 lbs (91 kg) lighter than it’s predecessor. For now list of changes begins with a more curvaceous body. Also the new Panamera benefits from a redesigned rear end, an evolutionary front fascia, ventilated front fenders and a four-tailpipe exhaust system. 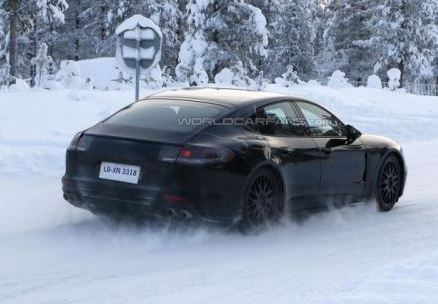