Bentley Bentayga has recently been caught on camera. The much awaited for car has been spied recenty during testing. The operation took place in the city of Cape Town in South Africa. As far as information available so far go the car will be launched this year and most likely will be available as a coupe-styled SUV too.

Thanks to the inspired photographer the list of miysteries regarding the car has become smaller. No less than three prototypes were actually spied testing by a reader of AutoPlus. 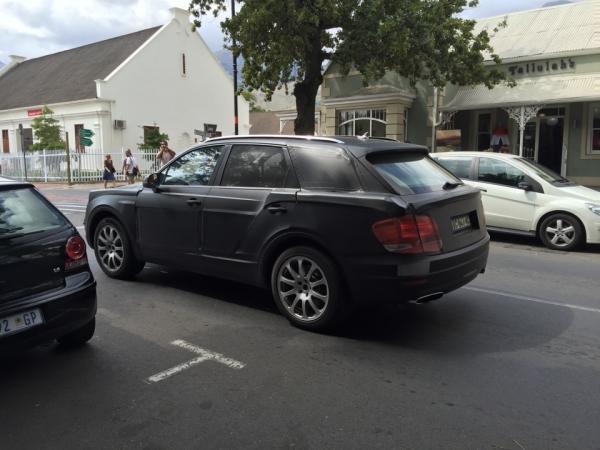 It is not the first time that Bentley Bentayga makes an appearance as the car has been teased before. As a reminder Bentayga has been present at the North American International Auto Show in January.

And even though the photographed car is heavily camouflaged we can still see some important things. For instance list of novelties counts dual exhaust system with chromed tailpipes.

Even though no extensive details about the car have been provided, we have all the reasons to be optimist. As far as desripitions provided by producers go the car will combine “modern British luxury” with “impressive on and off road performance”