Hyundai is probably one of the fastest growing car makers of our time but that growth and fame comes from numbers and popularity.

Popularity isn’t the same thing as exclusivity is it now? So why are we covering one of their concepts? 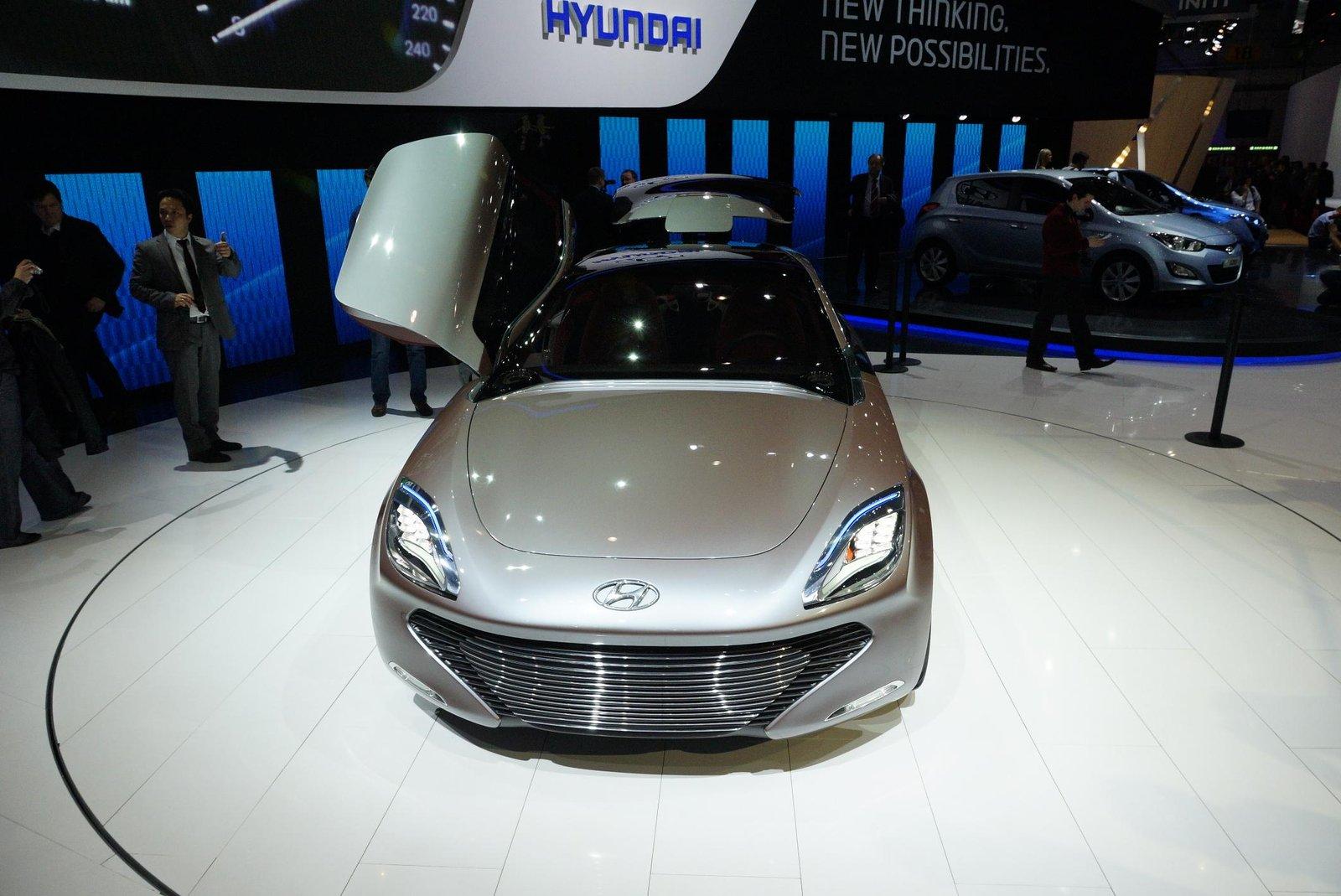 Simply because this won’t end up being another cheap hatchback, a new mid-sized sedan or anything of the likes. It could be a step in a different direction.

The Hyundai i-oniq Concept has special lines in its design. The long bonnet and wide radiator grille speak of a generous engine bay.

The overall shame makes us think of a shooting brake. Essentially, the Hyundai i-oniq Concept could be a high speed Grand Tourer that can carry more than one two bags along. 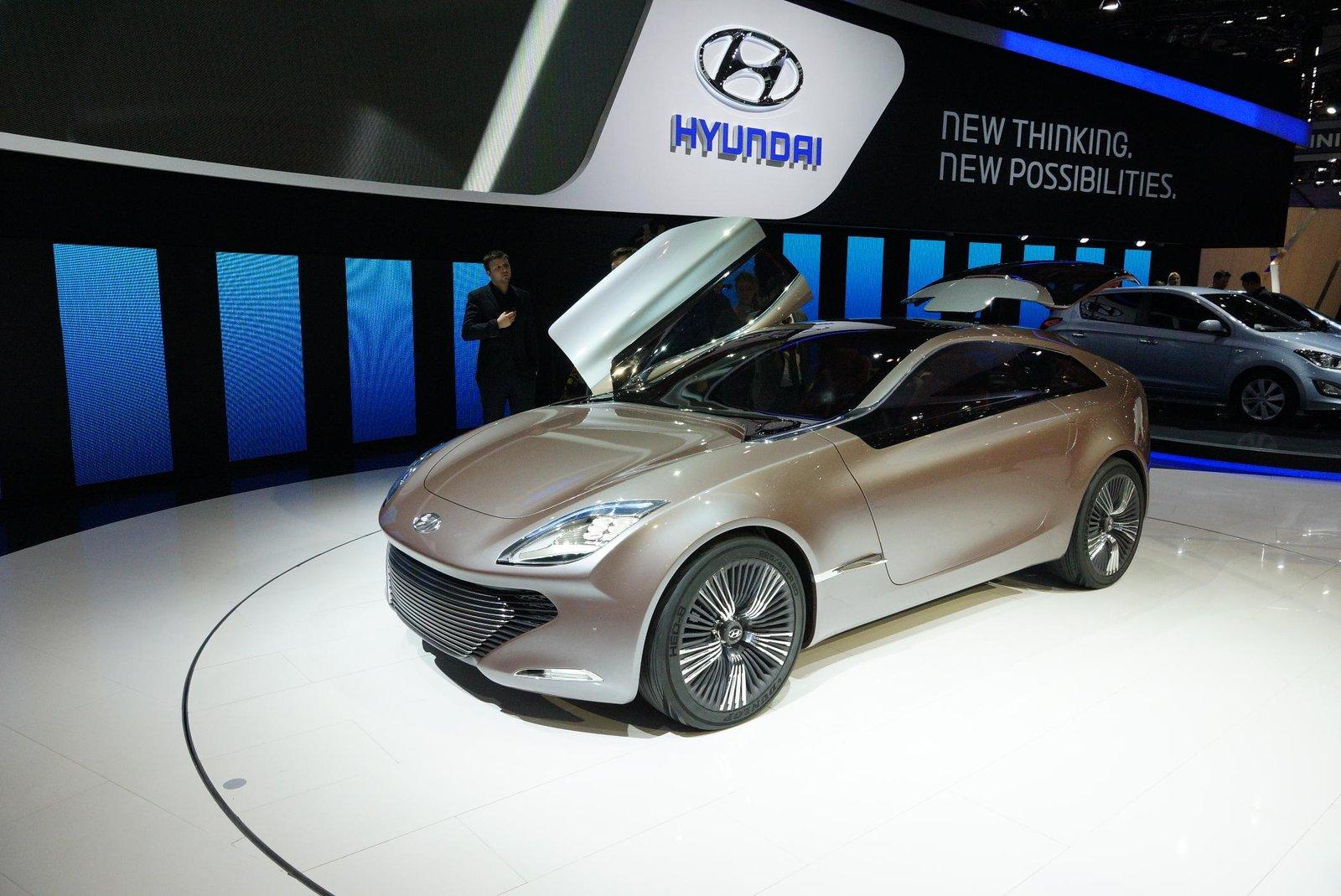 Looks however can be deceiving. While the Hyundai fluidic sculpture design ideas are joy to look at, the specs on the i-oniq concept fail to impress.

It is a range extended EV. This scissor door supermodel wears a purity ring. The grunt is nowhere near what one would classify as enough to feel satisfied by the car’s performance.

A 1.0 liter three cylinder petrol engine develops just 60 horsepower and none of it goes to the wheels. It’s all there to power the generator that runs the electric motor. 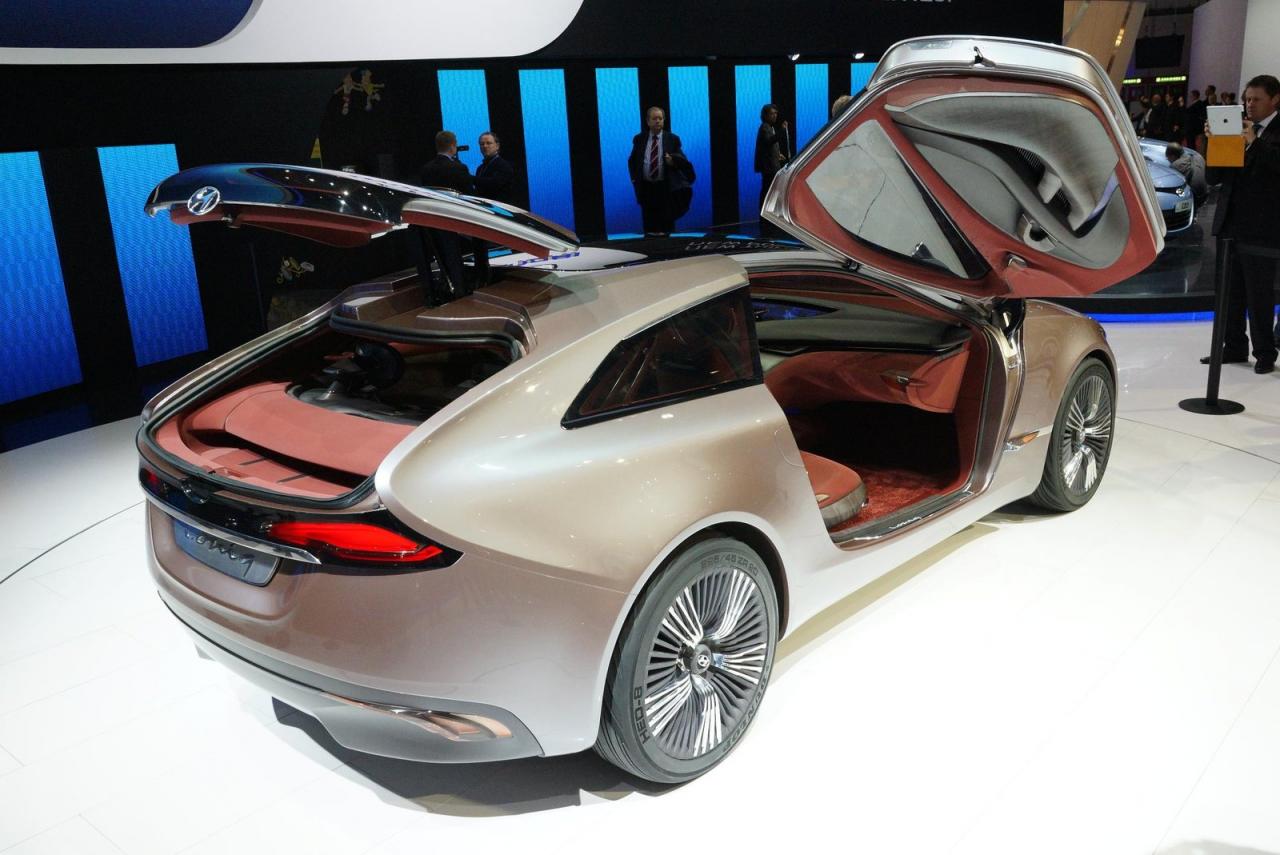 The latter develops some 100 horsepower. While the torque of an electric motor is like nothing you’ve seen before the Hyundai i-oniq Concept is not fast by any means.