A new generation of Opel Astra is currently under development. A prototype of this car has recently been spied while it was being tested out in Germany.

The upcoming Opel Astra draws its inspiration from the Monza concept. The vehicle is rumoured to be slightly lower and lighter than the current model. The refreshed model gets an independent rear suspension system, a longer roof spoiler and a more prominent tailgate. 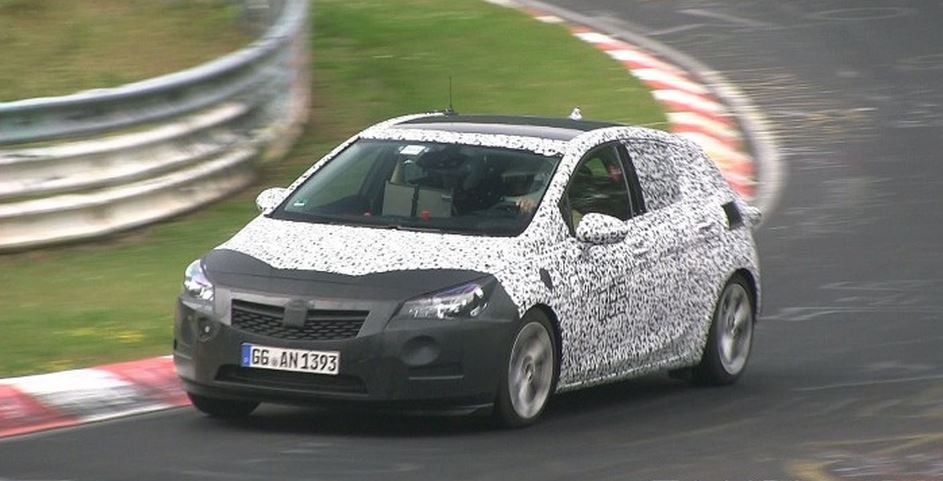 The interior of the 2016 Astra will be more spacious and new technology features will be offered as well.

Performance wise, we’re not told what to expect, but power will likely come from new three- and four-cylinder engines in petrol and diesel form. The new Astra may also benefit from low fuel consumption and CO2 emissions.

2016 Opel Astra will be manufactured outside Germany. The German company has already confirmed that the car’s production will take place in Poland and UK. Look for a debut of the five-door hatchback in the second half of 2015 or in the early 2016, with estate, coupe, sedan and higher-spec OPC versions soon to follow.