The new Niva concept has been previewed ahead of an official reveal at the Moscow Motor Show later this month. The vehicle in question has a more rugged look and few off-road capabilities.

The current Chevrolet Niva was built by General Motors in collaboration with AvtoVAZ and is based on the underpinnings of the Lada Niva.

Official details are limited for the moment, but reports indicate that this Chevrolet Niva will feature 16-inch wheels with all-terrain tyres, underbody protection and a bespoke roof rack with auxiliary lights and spare wheel. Other highlights may include a raised ride height, headlight and taillight protective screens, air snorkel and sculpted flanks. 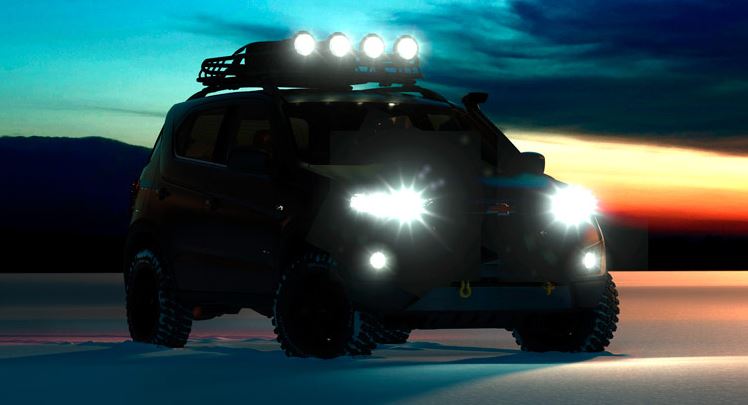 While engine details for this compact SUV are currently unknown, it is believed that the 81 bhp 1.7-litre engine of the outgoing model will be dropped in favour of a PSA-sourced 1.8-litre unit rated at 135 bhp.

Chevrolet Niva is said to enter production in December 2015. Prices are still to be announced.