The Japanese carmaker has recently released the first teaser image of the facelifted version of the Toyota Camry before making public debut at this year’s Moscow Motor Show.

Toyota Camry Facelift is expected to hit the global market soon and looks a little different than the North American version which was unveiled at the New York Auto Show a few months ago. 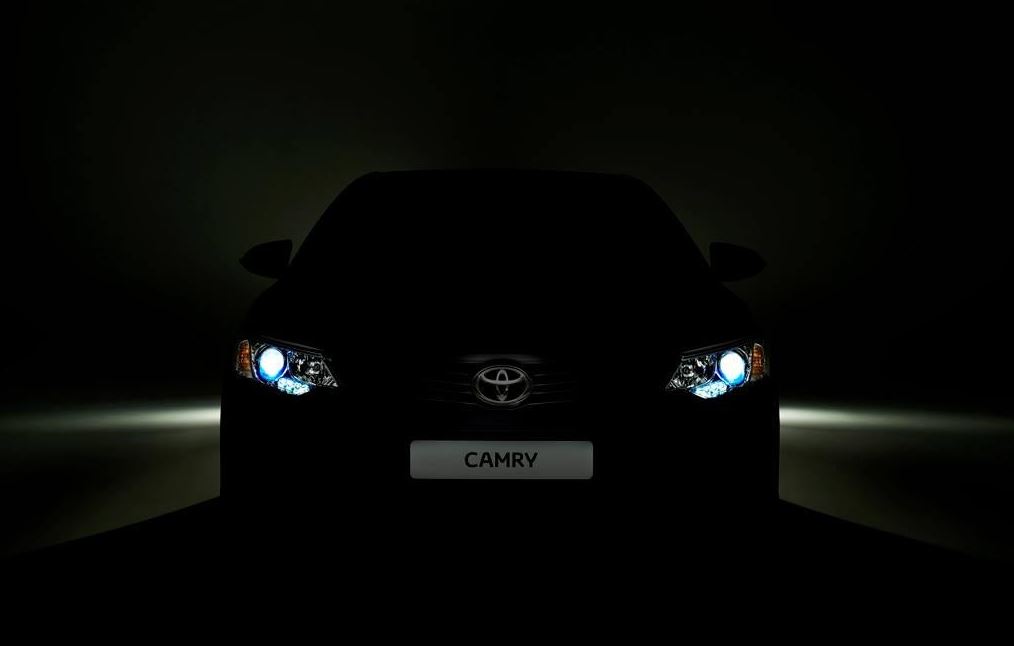 Although many details in design are still concealed, we noticed a smaller grille, revised headlights with projectors and LED daytime running lights and a prominent Toyota logo. The company hasn’t graced us yet with photos of the interior, but we anticipate some light updates on the cosmetic and technology features.

Nothing is official as of yet, but Toyota Camry Facelift will likely continue to be powered by the same engine options that include a 2.5-litre four-cylinder engine and a 3.5-litre V6 unit.

More information on the new Toyota Camry Facelift will be available at the car’s official launch.