Mercedes-Benz is planning to build a facelifted version of the G-Class which will hit the showrooms in 2016. Word has it that the car may be kept on the market until 2027.

Mercedes-Benz G-Class Facelift keeps the boxy look, but will benefit from a number of changes in design, starting with the increase in its width by 10 mm and continuing with a lower roof. The vehicle will also be lighter due to the use of aluminum for the chassis instead of steel. 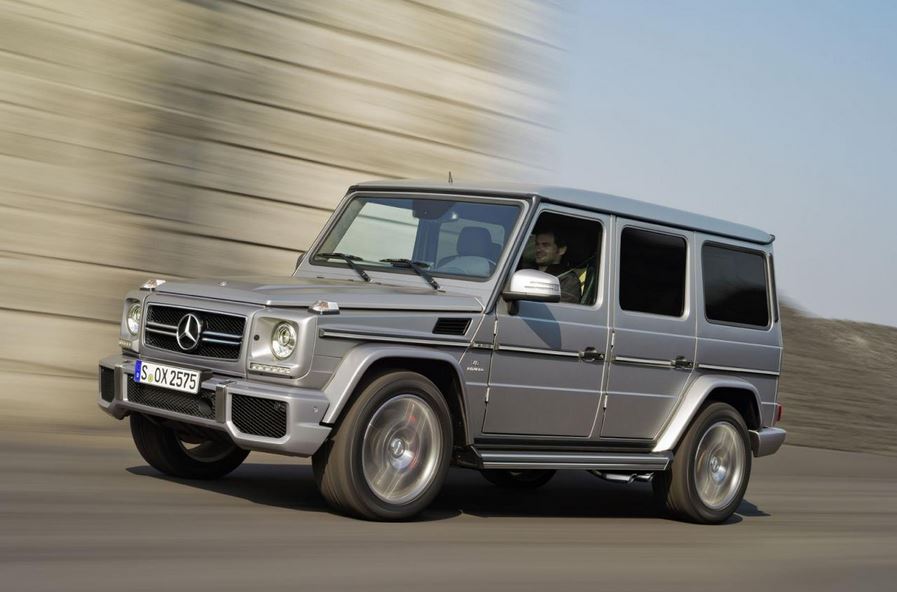 LED headlights and cameras for the new assistance systems will likely be offered as optional for the new SUV.

Inside the cabin is said to be a new dashboard, a larger touch screen monitor and a couple of modern technology features.

Engine options for the G-Class Facelift remain unconfirmed, but Mercedes-Benz will probably be offering it with two new six-cylinder units, namely a 2.9-litre diesel unit producing 313 bhp and 354 lb-ft of torque and a 3.0-litre petrol engine rated at 367 bhp and 354 lb-ft of torque as well as two V8 in the form of a twin-turbo 4.0-litre that generates 460 bhp and the more poweful 5.5-litre G63 AMG which delivers 571 bhp and 590 lb-ft of torque. The V12 engine will no longer be available for this car model.