The first image of the upcoming Volkswagen NMC (New Midsize Coupe) has recently hit the web. The vehicle in question was already spotted while it was being tested.

This car model is basically a sporty CC version of the Jetta and is influenced in styling by the NMC Concept which was revealed at the Beijing Motor Show earlier this year. 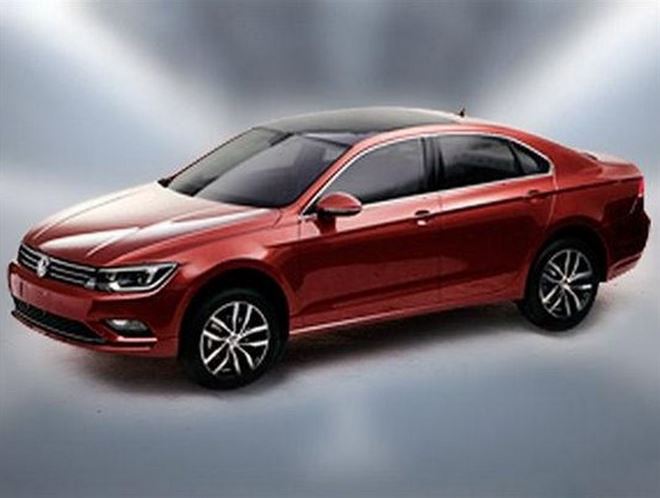 The new Volkswagen NMC rides on the company’s MQB platform. It has received a new set of alloy wheels and a panoramic sunroof among other enhancements.

On the mechanical front, the Volkswagen NMC comes with two petrol engine choices – a four-cylinder 1.4 TSI unit and a 2.0 TSI engine. The transmission will be a seven-speed DSG.

The Volkswagen NMC will likely be introduced in December at the Guanghzou Auto Show and deliveries will begin in 2015 at a base price of 29,000 dollars. The car will only become available for order in China and will be in direct competition with the Mercedes-Benz CLA.