BMW engineers are working hard to finish one of the company’s most awaited for cars. And great news just keep leaking about the new model that fans are just anxiously waiting for.

Recently the 2016 BMW 7-Series has been spied. And since words may not convinge you, the pictures we have showing the car with less comouflage that ever before leave a lot of mysteries regarding the car behind. 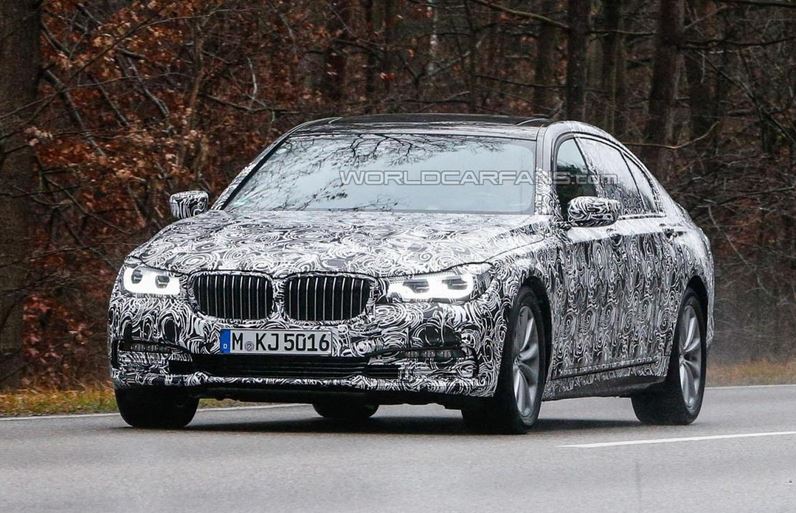 The new car is quite easy to recognize as producers have not interfered with the exterior aspect so much. However list of novelties counts a large grille flanked by slightly smaller headlights, redesigned flagship sports, a prominent shoulder line and a familiar rear end with L-shaped taillights. 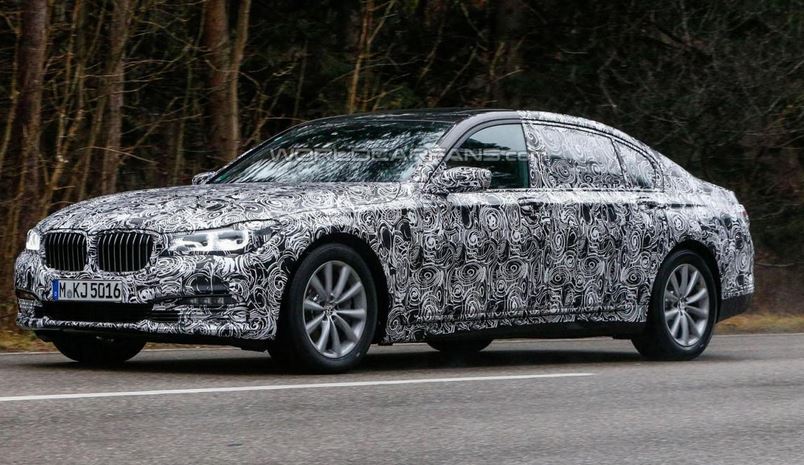 It seems to you that the 7 – Series reminds you of the 6-Series? Well it just migh be because of the new lower intake with LED fog lights. 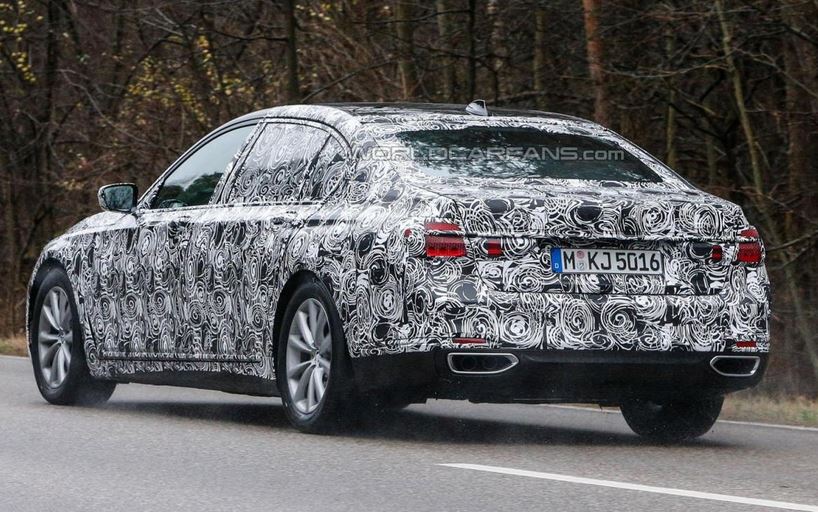 Though the exterior of the car has been revealed in these photos not much information is available on the interior. Even so previous pictures have shown great wood trim, a freestanding infotainment system and updated controls.