A brand new concept produced by Kia will make it’s way on the market soon. The car maker has released a teaser image of the future car just to keep fans interested and curious to look for more information.

However even if the new model has been teased as part of a marketing strategy curious drivers still have a little to wait until the model is fully revealed. Most likely the car will be officially shown in March. 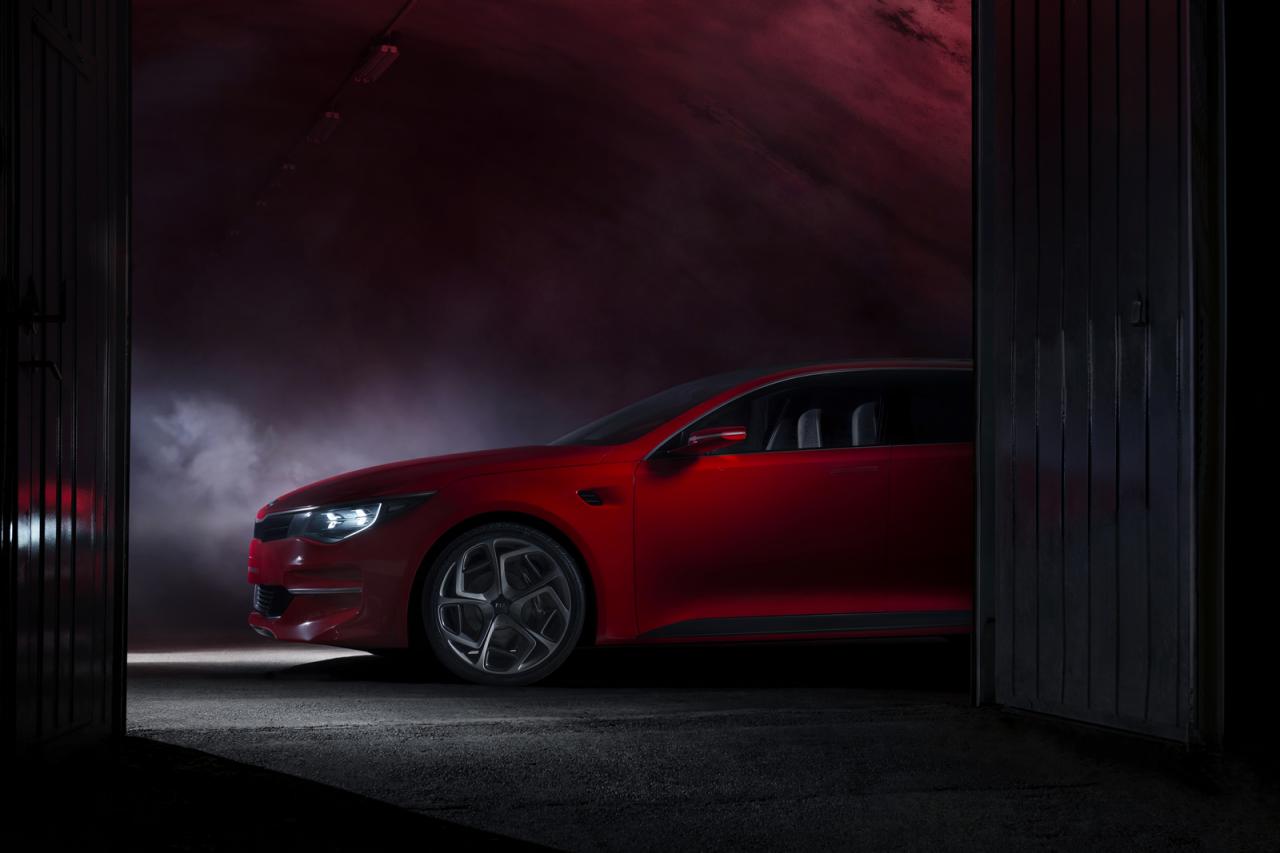 The super Kia concept is set to make it’s official debut at the Geneva Motor Show. The jewelry has been created in the companies European design studio located in Frankfurt, Germany.

The D-segment model is all about novelty. Curious to know what promises to make the new Kia special? Well it’s all about the design. And while no word is better to describe it than evolutionary, some changes have been made regarding the car’s size in comparison to other models from the car maker.

More to the point the teased Kia will be considerably lower and benefit from vented front fenders. Impress list counts stylish alloy wheels, retractable door handles and LED headlights, slim side mirrors, a rakish windscreen and a full panoramic roof.