Mercedes S-Class Cabriolet has been spied. As a reminder specialists are now running the final testing regarding the car as the vechicle is expected to be launched soon. Most likely the much awaited for model will be presented at the Frankfurt Motor Show in September.

In comparison to the S-Class Coupe the S-Class Cabriolet will benefit from different tailights. Some other changes will be made concerning the rear end of the car but mostly the Cabriolet will keep the S-Class flavour. However nothing is yet deffinite as the current prototype might suffer some alterations. 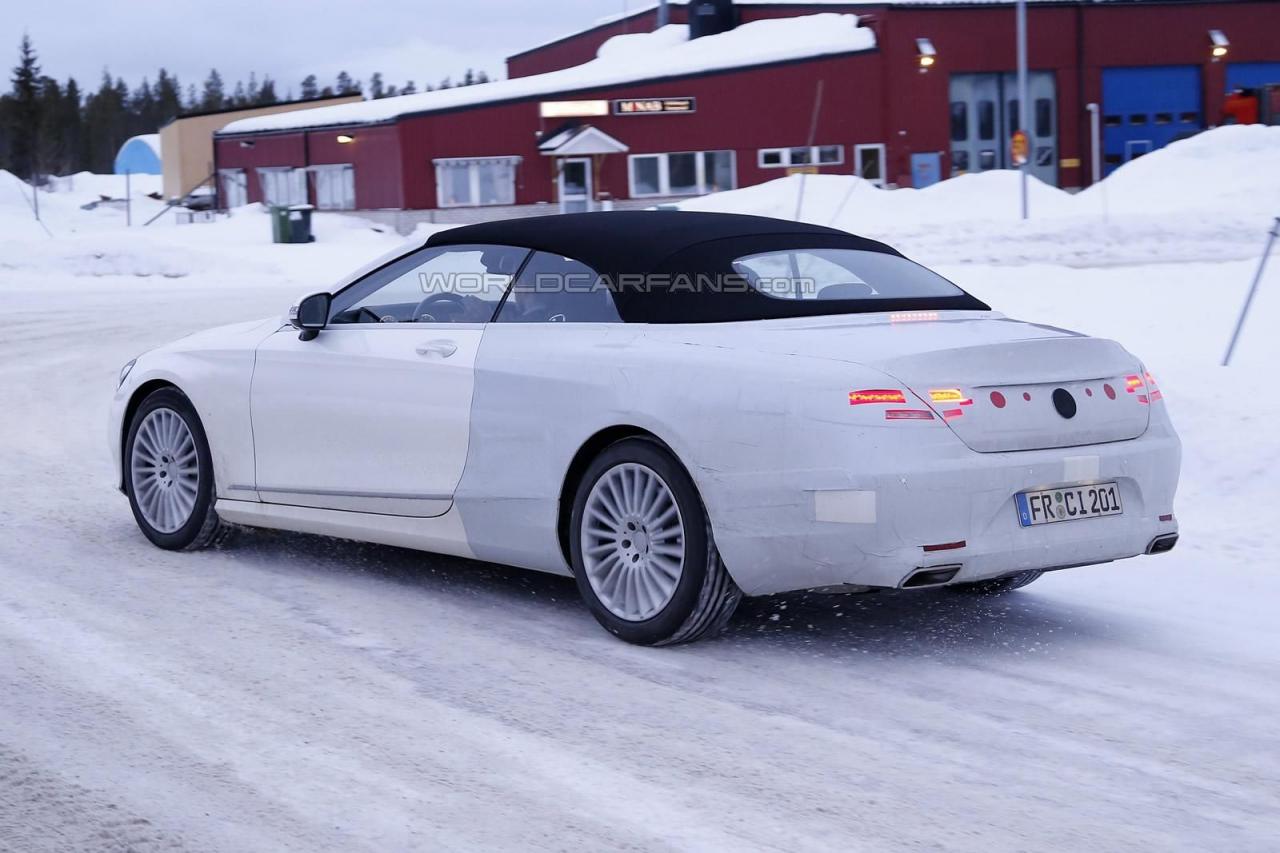 Magic is expected under the hood of the car as most likely Mercedes S-Class Cabriolet will benefit from the same engine lineup as the Coupe. List includes a twin-turbo V8 5.5-liter and a twin-turbo V12 6.0-liter.

By far the most important change about the car concers the roof. The fixed metal roof of the Coupe will become a memory as S-Class Cabriolet drivers will be able to enjoy a electrically retractable soft top. 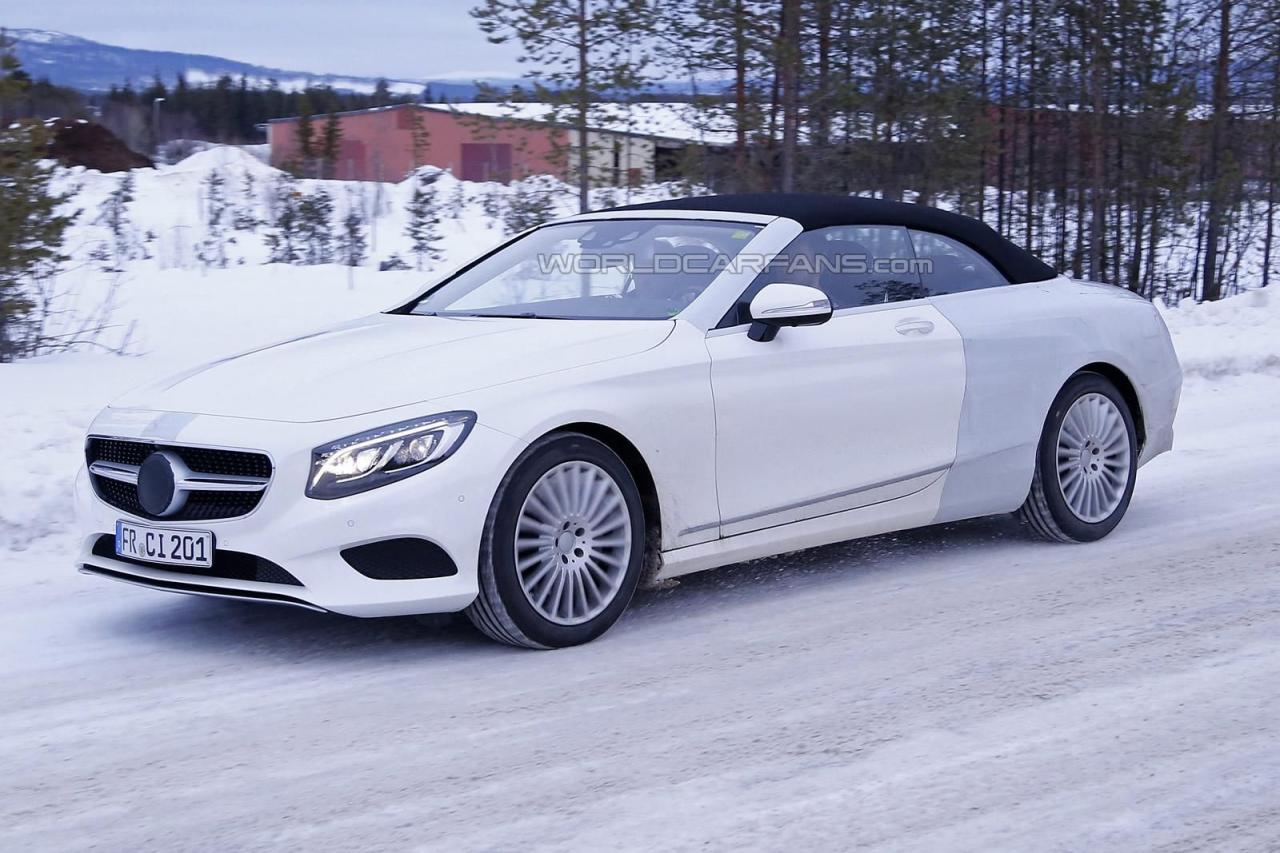 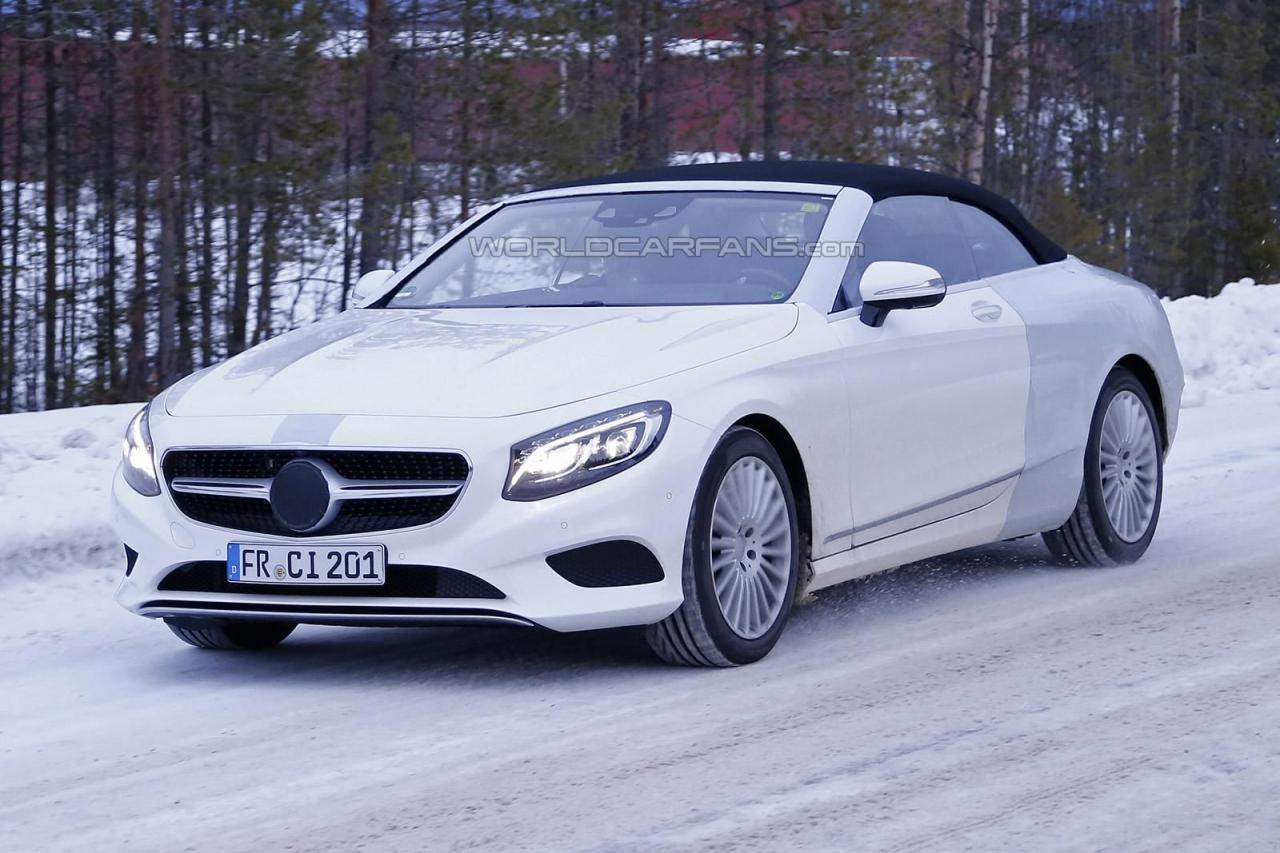