A superb Aston Martin V12 Zagato has been recently caught on camera and is at the moment causing quite a stir on the internet. The car is painted in Alba Blue and can simply be described as spectacular.

We remind you that three years ago Martin unwrapped the production-ready V12 Zagato. Plans sounded good back then as the company was going to produce no less than 150 cars, but in a short time numbers were reduced so just 101 units of the superb car were produced. 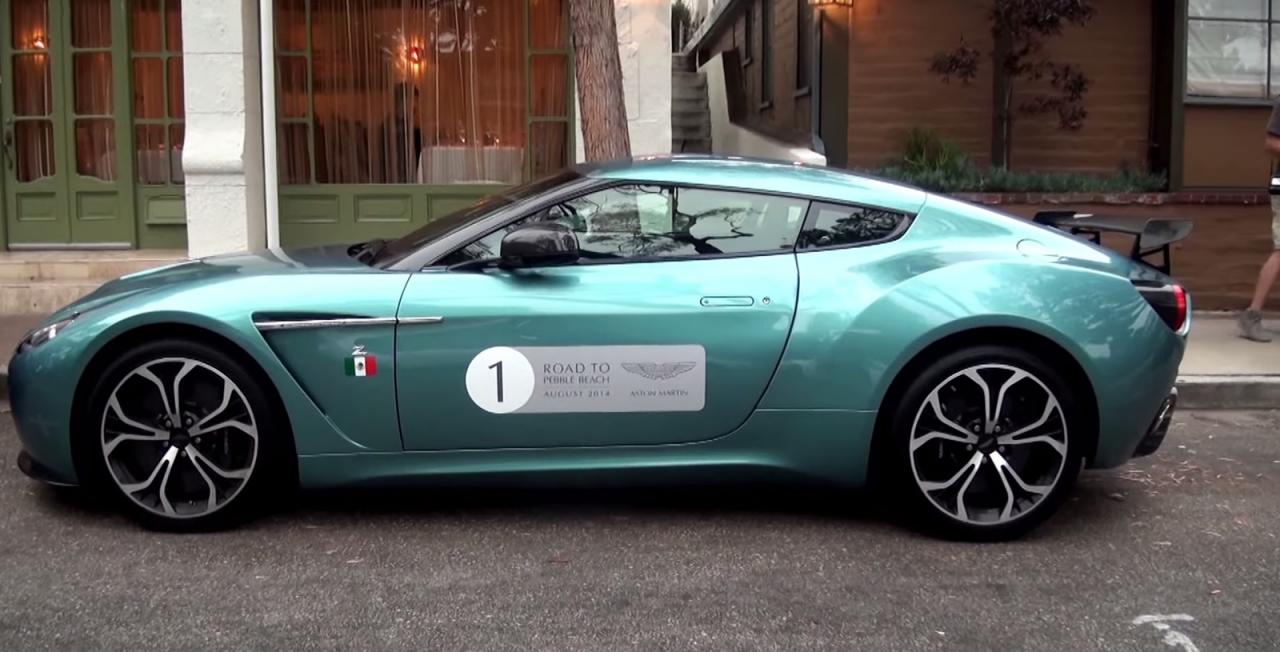 The chnage of plan was due to the high price of the car which was £330,000. Another major factor was the fact that each car required a massive 2,000 man-hours to complete.

Back then the Aston Martin V12 Zagato came in no less than four colour options Alba Blue, Alloro Green, Diavolo Red and Scintilla Silver.Under hood arsenal was a reason for joy too as the car ran on a V12 6.0-liter engine developing 510 bhp (380 kW) and 420 lb-ft (570 Nm) of torque.