A special surprise for the upcoming Haloween has been prepared by McLaren. The superb 650S Spiderhas been seen in a special gear that makes it live up to it’s name.

More to the point with much creativity the superb Spider has been transformed. The vehicle exposed at the McLaren San Francisco dealership has been dressed up with a faux carbon trim on the front fascia in order for it to mimic the mouth of a monster. The top of the car is special too as it comes wearing a spider. 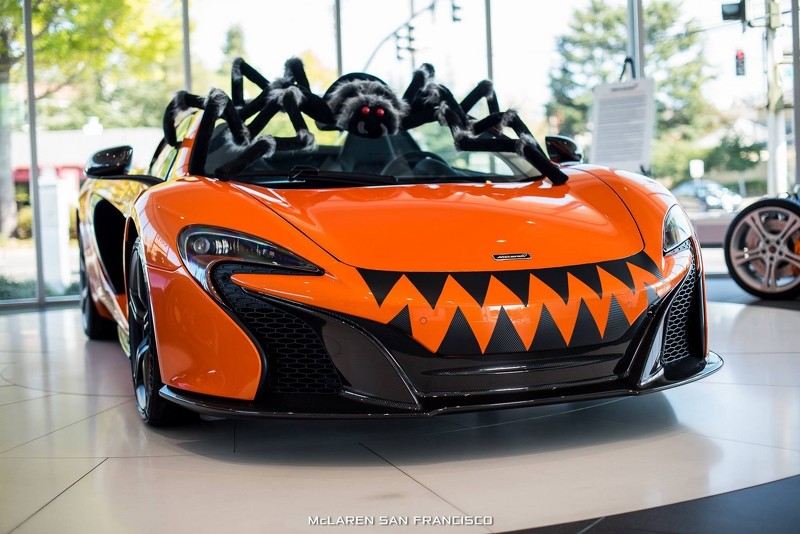 Taking a closer look at the car more datails stand out as the superb Spider is painted in a pumpkin-like orange hue. Also the special paint is combined with black accents that provide it with a special flavor.

Though quite interesting looking the car will not be sold in such a gear. But looking and the catchy images we may say the company has reached it’s purpose and managed to draw attention on the superb McLaren 650S Spider. But we end in an optimistic note as we remind you that McLaren lineup is about to add a 570S Spider in 2017.