The 2018 New York Auto Show is opening its gates next week and announces plenty of new and hot models to be arriving on the US market later on this year. Toyota will be present with the all-new 2019 Corolla Hatch, a promising car in terms of new design language and high-tech features.

However, the Japanese based carmaker couldn’t wait until the auto show and decided to announce the Corolla`s arriving a little bit earlier, through the two videos released below and which highlights the car`s new design language and technology, as well as the advanced powertrain it uses underneath the skin.

The 2019 Toyota Corolla comes with a completely redesigned body style, following thus the carmaker`s design philosophy, also implemented on the rest of its new models. In the new form, it looks evolutionary and quite futuristic.

Technology wise, the new Corolla features a wide range of equipment and safety features. The car`s main highlights is on the Enture 3.0 technology with Apple CarPlay and Amazon Alexa Connectivity, as well as the Toyota Safety Sense 2.0 coming as standard.

The mechanical stuffs go hand-in-hand with the new powertrain under the hood. There is the multi-link suspension system and updated shocks that make the car more stable on the road and increase stance and grip.

The new engine in the United States refer to a TNGA 2.0-liter Dynamic-Force direct-injection flat-four engine, which replaces the previous and less high-performance 1.8 engines. In the new configuration, the 2019 Corolla is much more powerful than the previous. However, official performance and power have not been released yet. The element of surprise will be unveiled next week in New York. We know instead that the engine will be using the new Dynamic-Shigt CVT or six-speed iMT (Intelligent Manual Transmission).

Until the official presentation, don’t forget to check out the two videos released be Toyota! Enjoy! 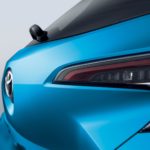 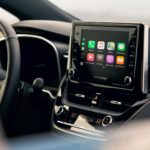 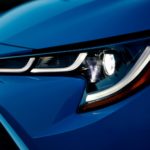 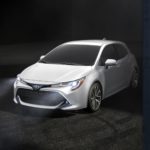 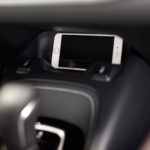 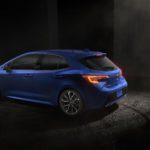 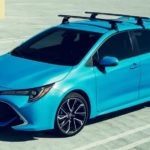 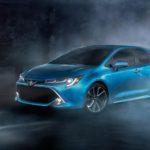 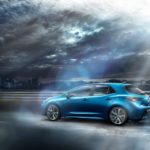 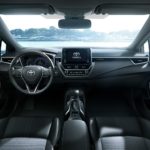 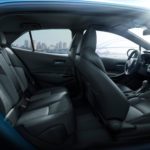