Red Bull’s recent success in F1 is due in no small part to the great engines the French at Renault have been providing them with.

As a celebration of this partnership Renault have decided to create something special, a limited edition version of the Renault Clio RS. 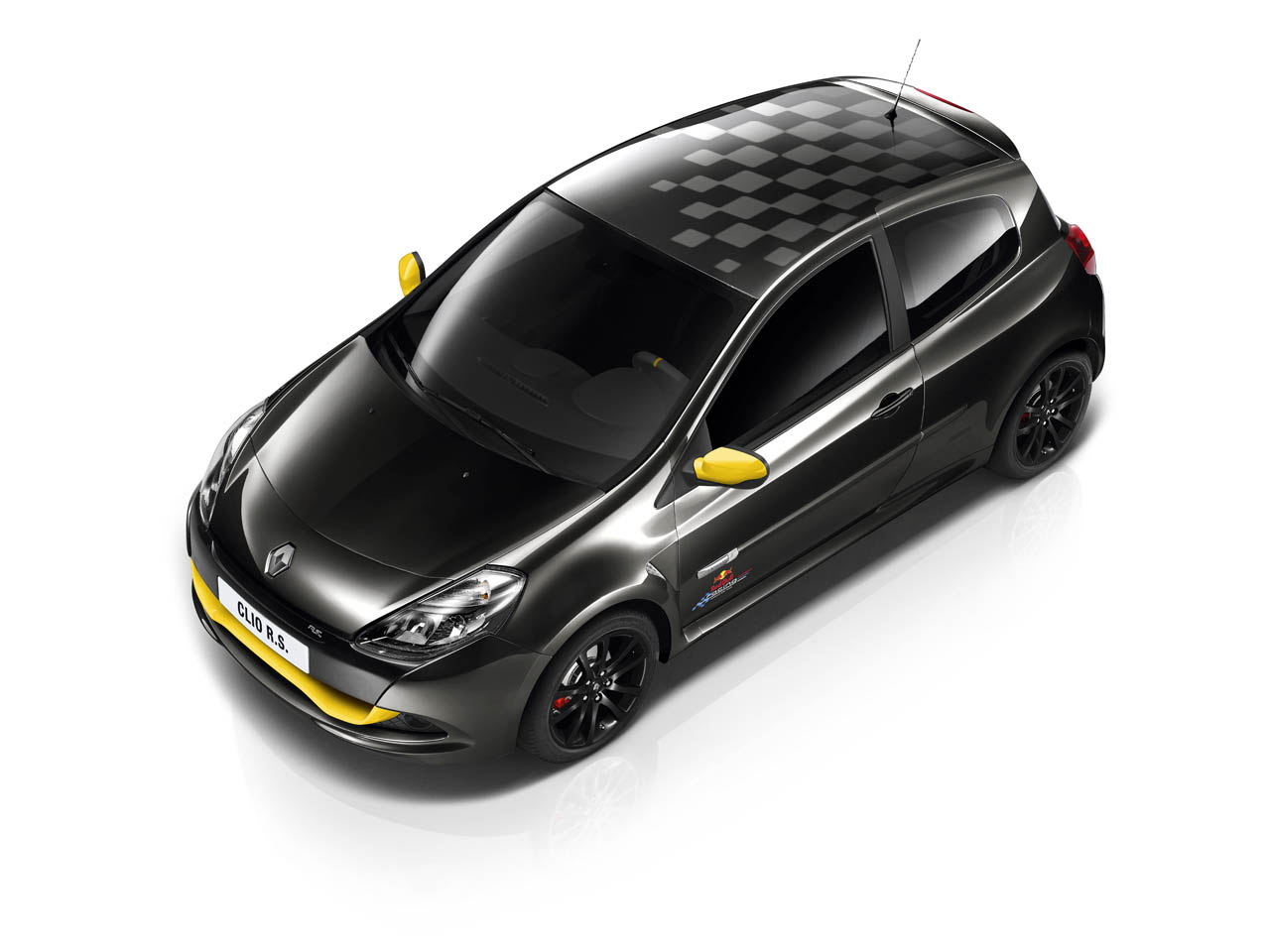 The Renault Clio RS is already an impressive little car so what could they have done to make it that much more desirable?

They’ve added the Red Bull Racing RB7 bit to the name of the Renault Clio RS to begin with. It makes a big difference to some people.

Just as I’m sure the interior will. It now gets yellow Recaro bucket seats and something that will certainly only appeal to anoraks, the RS Monitor performance telematics system. 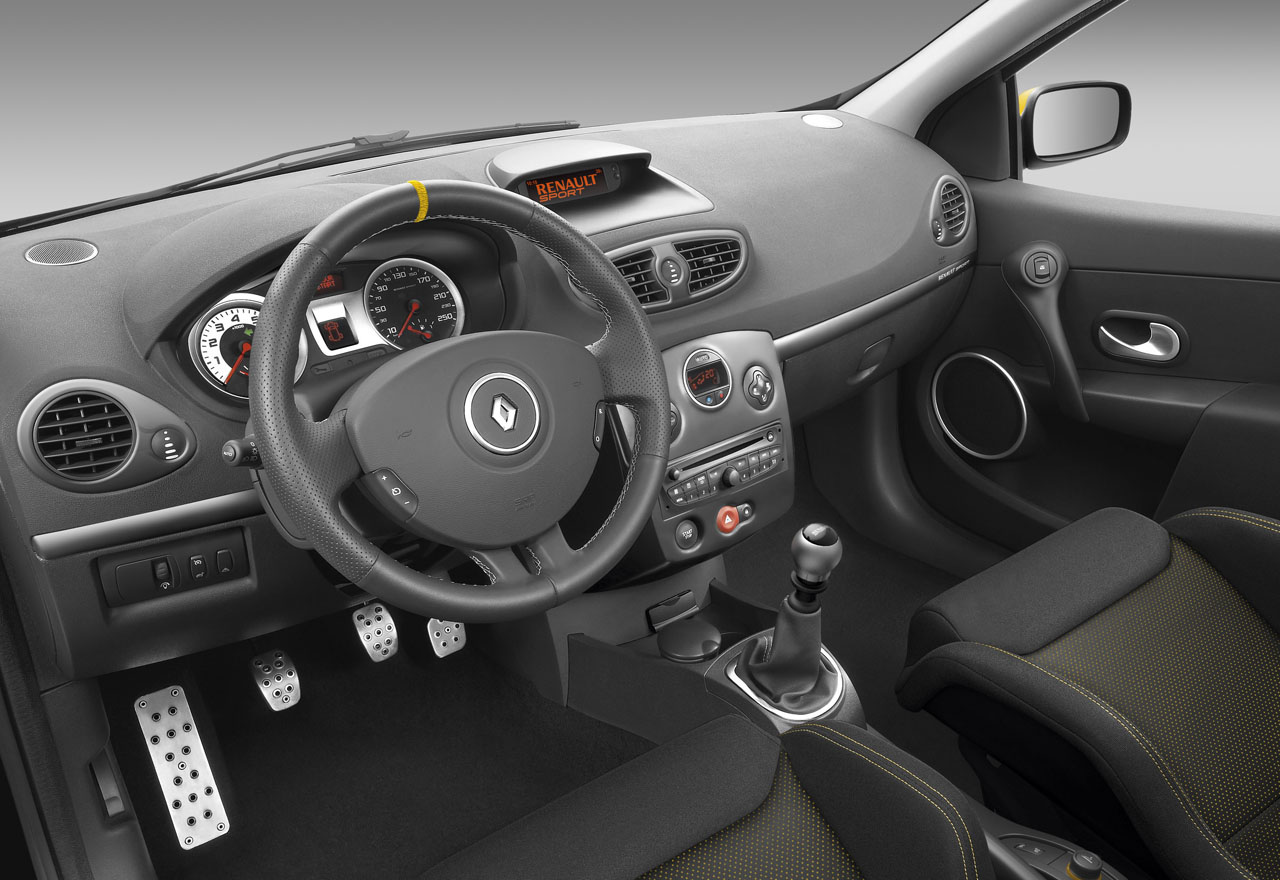 On the exterior the changes are less consistent as they’re limited to a new paint job. The wheels and most of the body are now black and special accents highlighted in yellow.

It’s a very nice looking affair and the checkered flag roof goes down well with the whole package. Now let’s get down to the … less than good news.

You do get the cup chassis option as standard with the Red Bull Racing RB7 Renault Clio RS but nothing else changes in terms of driving dynamics.

The same naturally 2.0 liter four pot with 203 horsepower is available and the same gearbox, brakes and suspension setup is offered. 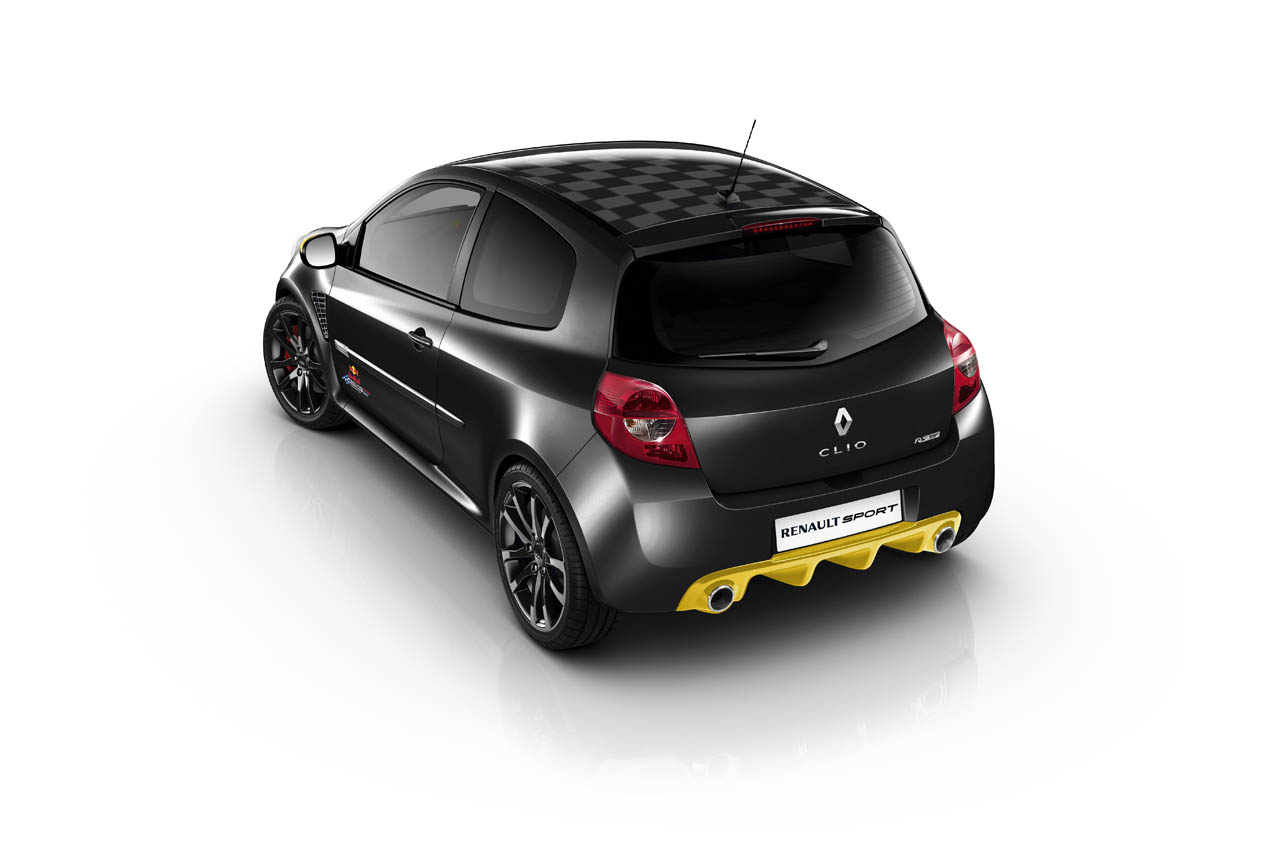 Despite the rather limited changes, this special edition Clio RS costs the equivalent of US $36.660 in France, about 5.000 dollars extra.

Oh and then we get to the really bad news, the special edition Red Bull Clio RS will only be available in five countries in continental Europe.