Even if Renault doesn’t stand out from the crowd with an impressive range of flagship models, there are some from the lineup that are worth mentioning. And one of them is the hot 2018 Megane RS, now coming with some new styling bits and high-performance handling capabilities in Australia.

Speaking of the hot hatch`s looks and mechanics, Andrew Moor, Renault Australia Chief, has also stated in a recent report that the new 2018 Renault Megane RS has gained exceptional characteristics that turns it into a genuine sports car.

This is what he officially declared about the new Megane RS:

“Through exceptional handling innovations such as the 4CONTROL system and the incredible driving dynamics that Renault Sport is renowned for, this generation Megane R.S. is a worthy successor. And now with the inclusion of two transmission options for the first time, I`m confident that the new Megane R.S. will find more Australian homes than even before.”

And as we can find in the media gallery below, the new Megane R.S. comes with a stronger personality and more aggressive looks, thanks to the new visual enhancements like deep front chin spoiler, massive and standout wheel arches, chunky rear end with new diffuser, as well as massive exhaust placed right in the middle.

Through in the Cup Pack available for $1,490 and you will have a more appealing R.S. As for interior highlights and other tweaks, Renault is also offering some new goodies, for extra cash. For instance, the BOSE Sound System costs no less than $500, while the Panoramic Sunroof adds another $1,990. Inside, you can also opt for the R.S. Alcantara leather upholstery for $1,190.

Besides the gorgeous new look and additional goodies, the car`s main highlight remains as always, the engine under the hood. We are dealing here with a 1.8-liter turbo-petrol flat-four burner, with an impressive 205 kW and 390 Nm of torque, with a claiming sprint from standstill to 100 km/h in just 5.7 seconds. The performance is also achieved thanks to the new six-speed manual or six-speed dual-clutch transmission, both equipped with a front-wheel drive. 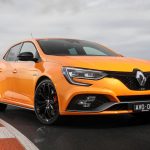 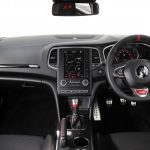 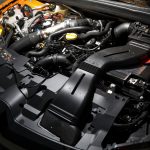 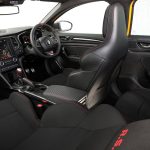 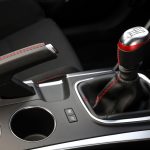 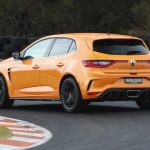 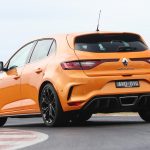 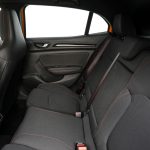 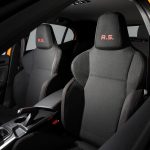 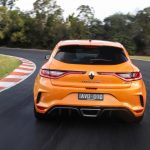 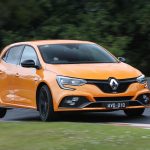 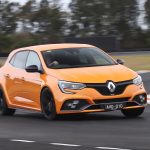