Ford have already announced that with the next generation of the Ford Mustang the recently embraced retro look will be going out the door.

Even the current generations are shying away from the original design of the pony car and that seems to be pissing a lot of people off. 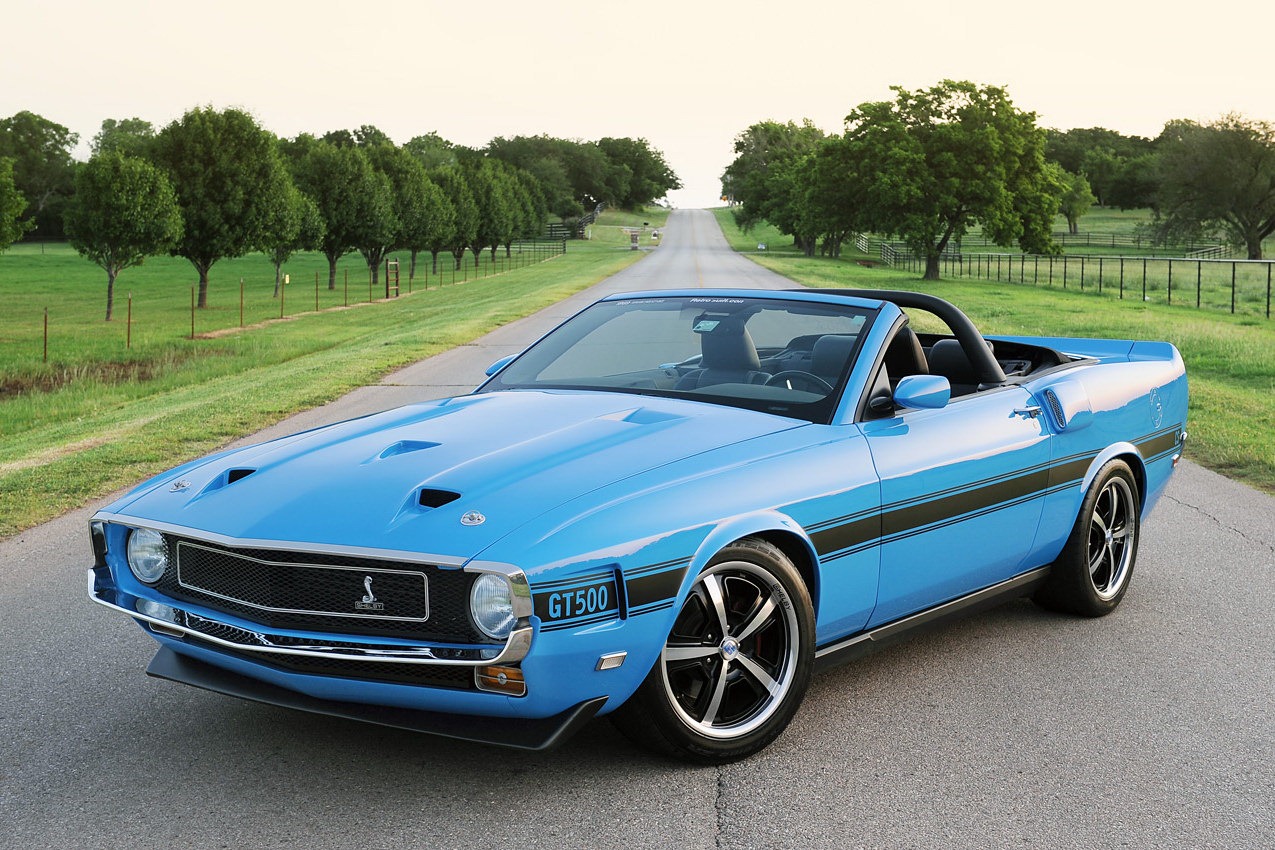 These are the kind of people who call themselves brand enthusiasts but, truth be told, they’re the kind of guys that have barely avoided the Florida condo and softly sprung huge sedan.

All of their continuously on left hand indicators loved the 04 Mustang, but when they heard the plans from Dearborn they freaked out and started to riot, giving a few people hope.

Some of those people have taken to building their own 2013/2014 Ford Mustang. Unlike the factory however, they’ve decided to go all out retro and ended up mimicking a 1969 Ford Mustang Shelby GT500 convertible. 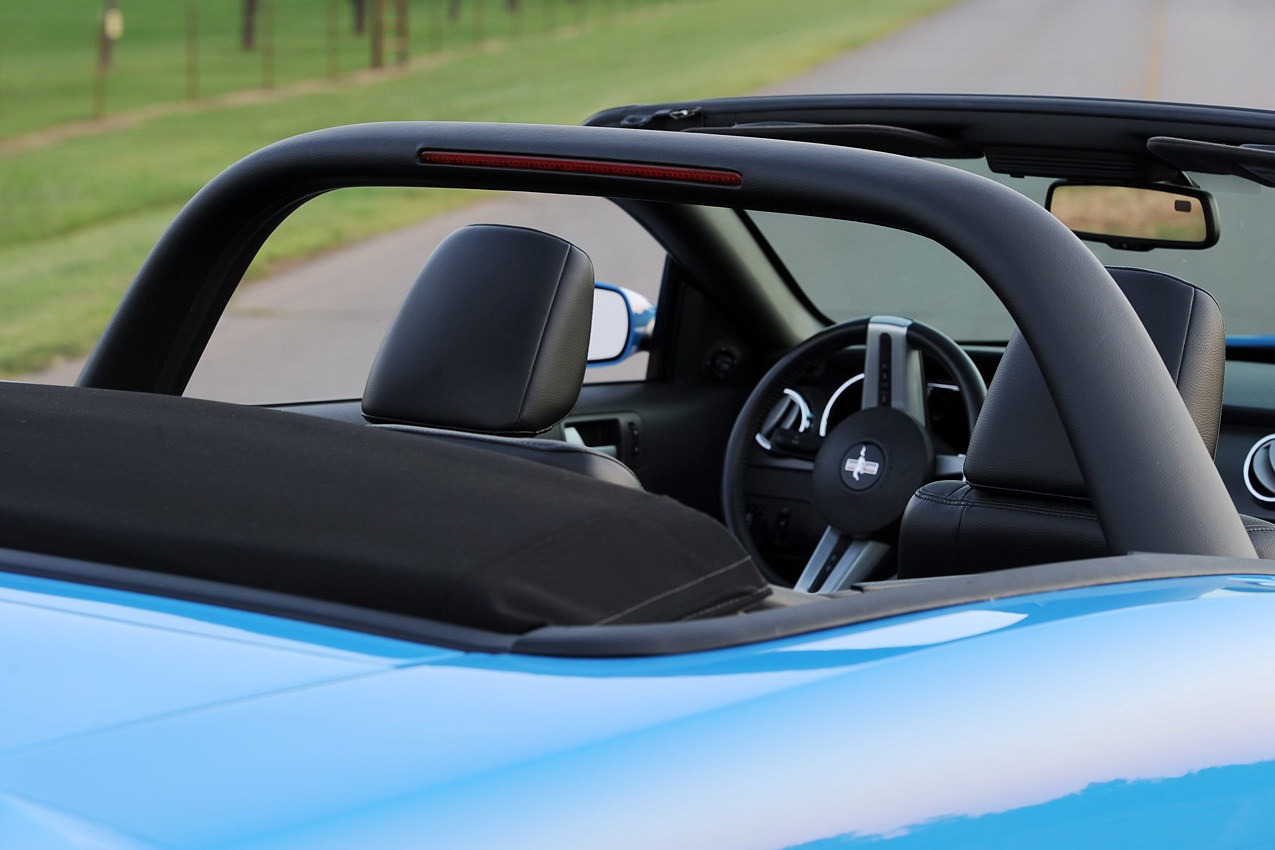 The new creation is technically based on previous generations of the Mustang, anything going as far as 2005 will do well. If you’re “that kind of gearhead” we’re talking about any S-197 generation convertible.

That car gets fitted with new fiberglass panels all around (except the doors) and these replicate some of the most beautiful and aggressive lines ever to go on a car.

Apart from the exterior you can get some retro tweaks everywhere else as well. The interior can be fitted with all sorts of classic tweaks just as the under-hood action. 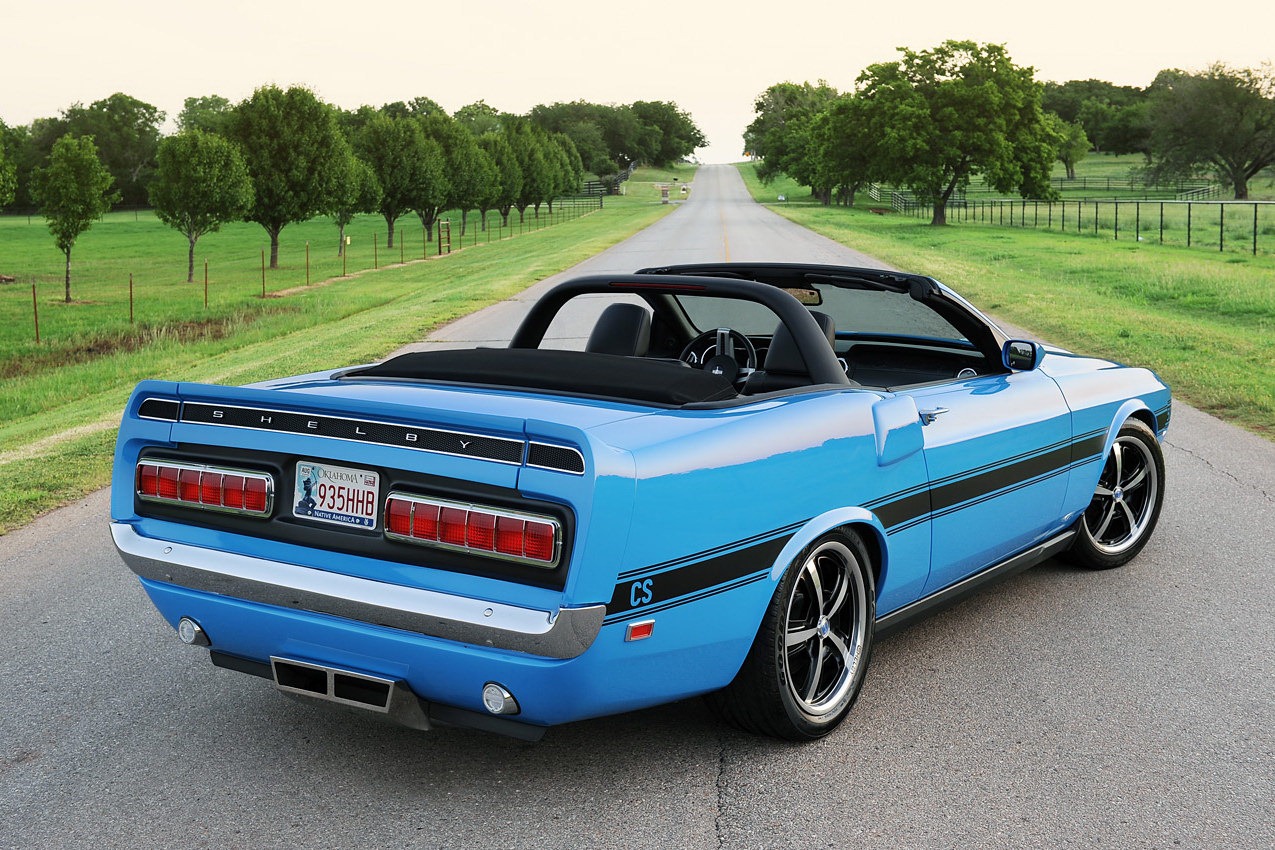 Perhaps a supercharger boosting the V8’s performance to around 500 horsepower, some Baer (a brand not heard of in a while) performance brakes and an aftermarket suspension.