Ugur Sahin is a great designer that just keep getting better and since he’s a Turkish bloke based in the Netherlands you can pretty much attribute that to smoking.

All drug jokes aside, his newest creation is the Alfa Romeo 12C GTS Concept. In a long line of great looking creations this one is amazing. 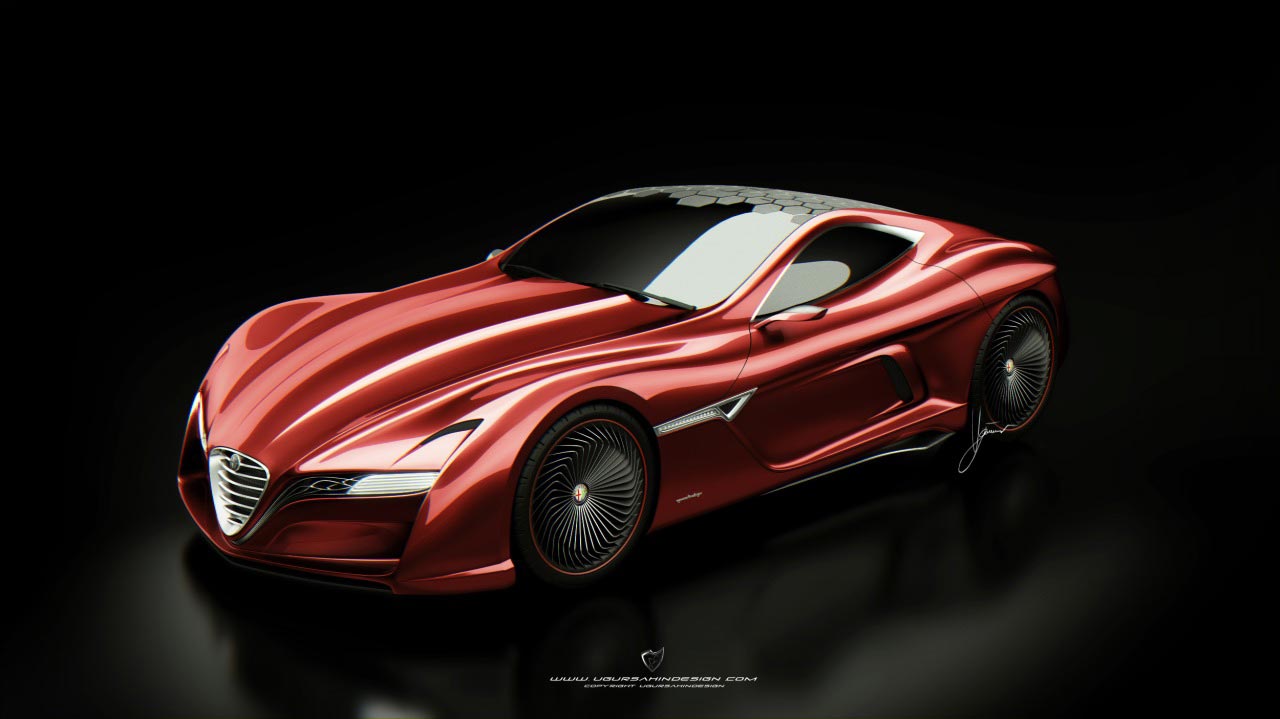 It’s so good that even I, a crazed Alfa Romeo fan love it. There’s a few lines that aren’t really perfect but naturally, nobody agrees.

More important than my nitpicking is the fact that Sahin is currently looking into finding some financial partners that could turn the car into reality.

The designer’s 2007 Chevrolet Corvette Z03 has already passed that stage so why not take a bit of a leap with the Alfa Romeo 12C GTS? 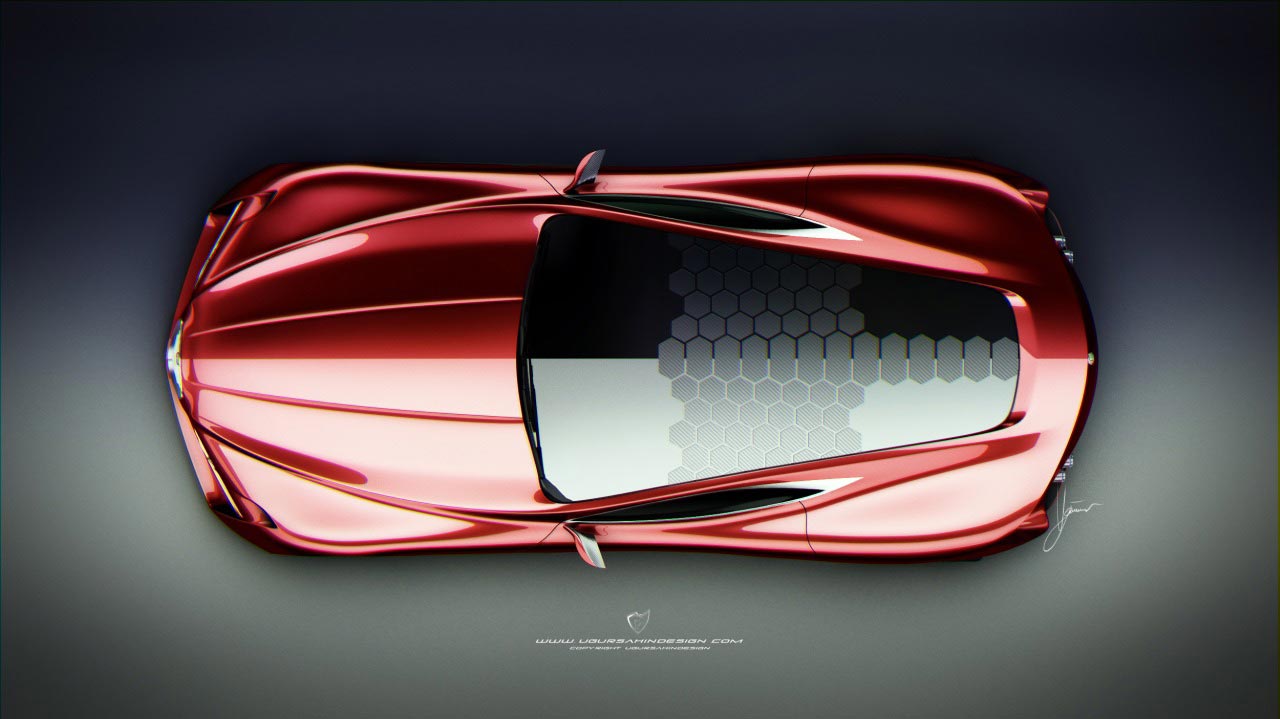 While the design itself is considerably obvious and probably not that tricky to turn into reality, the underpinnings could post a problem.

How? Well mostly due to the fact that the designer didn’t really pay too much attention to them. There’s no mention of what engine or chassis would be used or anything like that.

The name however does hint at a V12 engined Coupe so Ferrari’s parts bin might be rummaged, but only at the top end of the scale. 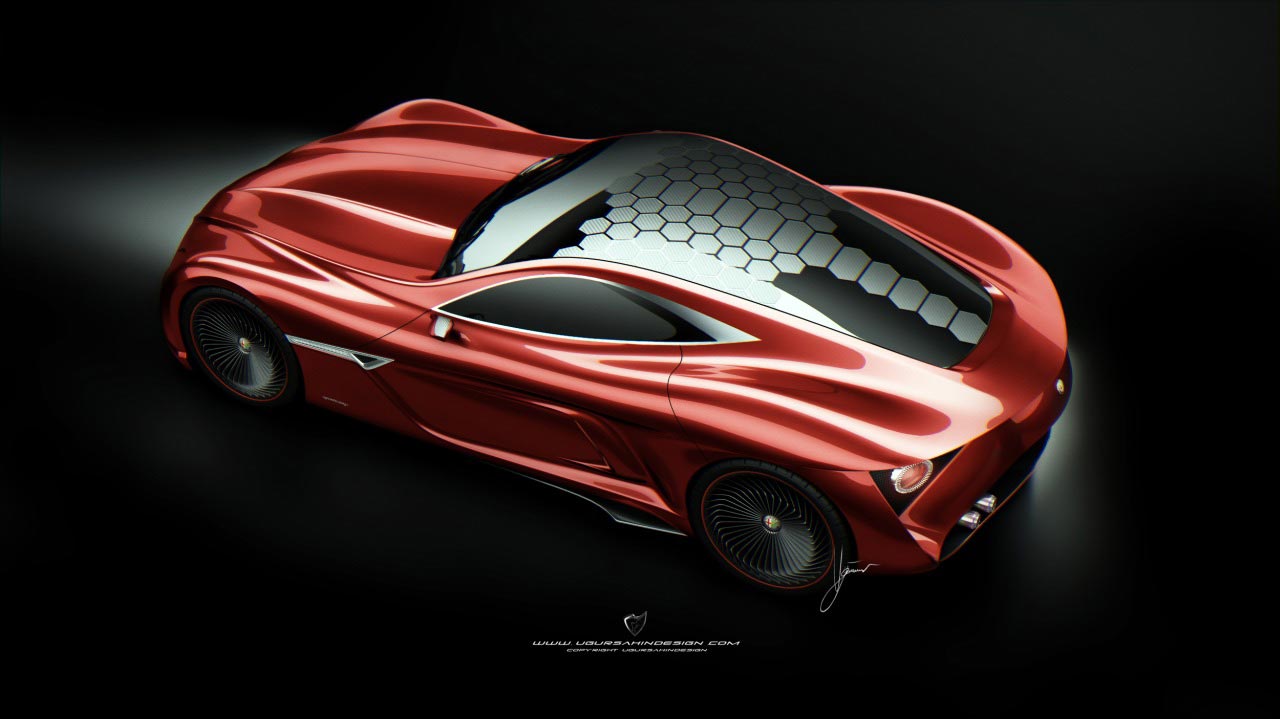 Other than that your guess is as good as ours but we do consider the fact that the gearbox should be placed at the back.

Even if the GTS idea does inspire to a direct Aston Maston Martin DB9 rival it might be more of a fantasy car if the Alfa tradition carried on.