Jaguar is testing its new XJ Facelift at the Nurburgring ahead of its official debut at the Paris Motor Show. In these new spy shots, the updated XJ is wearing light camouflage, covering its front and rear fascias. 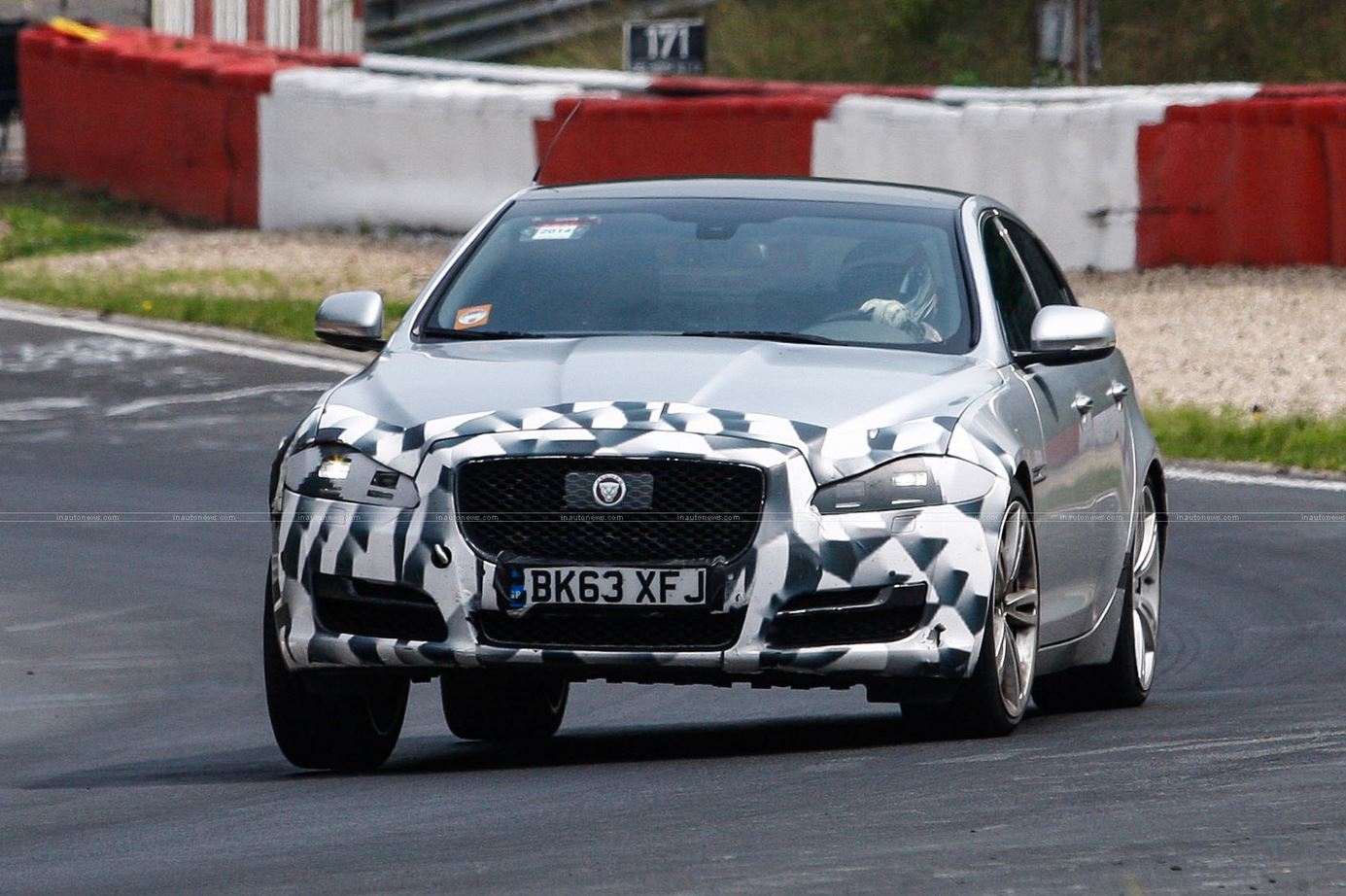 Little is known about the interior of this full-size luxury sedan, but we expect to see some minor updates and a couple of new technology features. 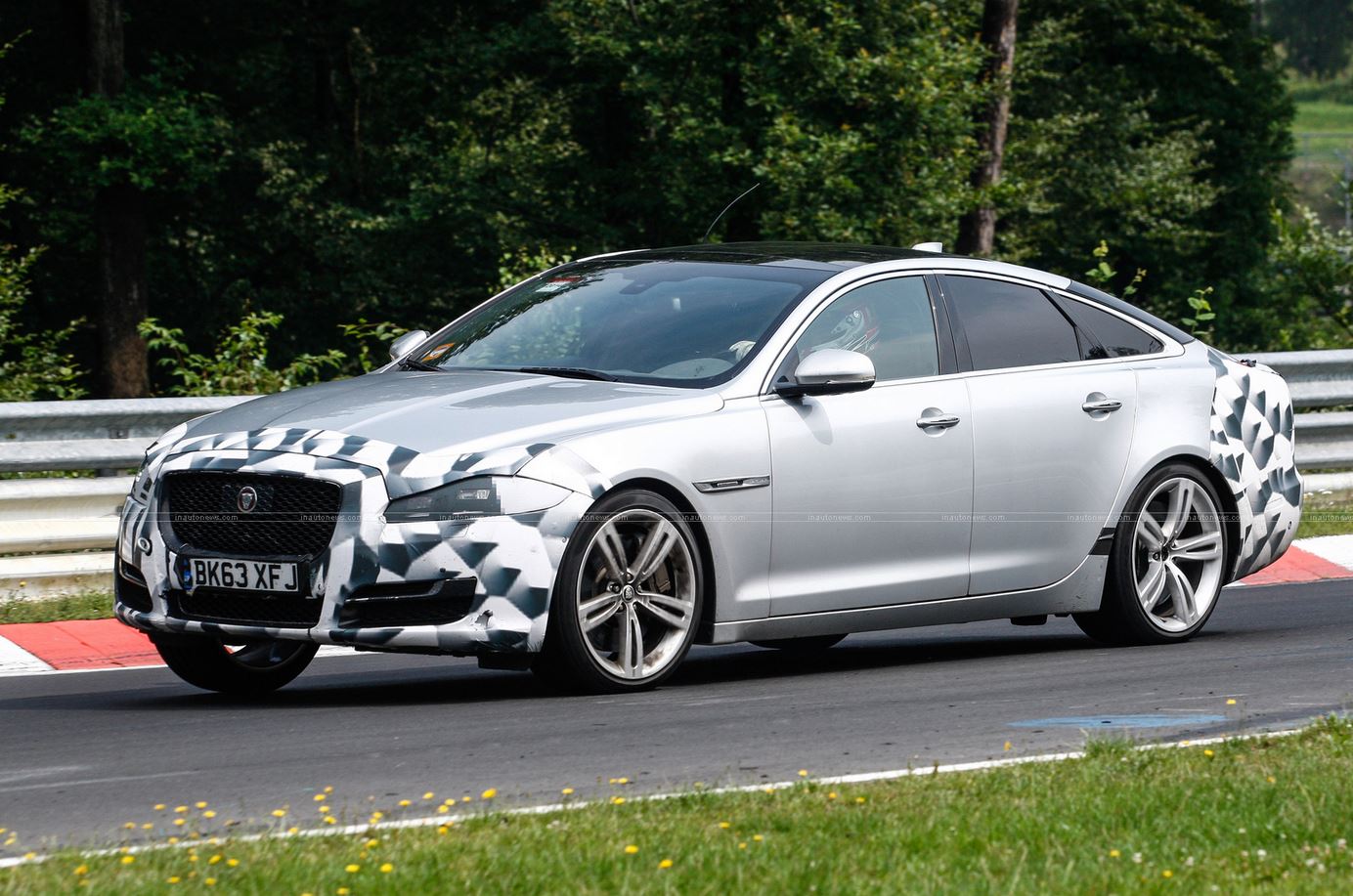 The technical details of 2015 Jaguar XJ Facelift are currently unavailable, but word on the street is that the engine will be carried over from a plug-in hybrid variant. The British automaker has previously unveiled an XJ_e prototype that was powered by a turbocharged 2.0-litre four-cylinder engine and an electric motor, with a combined maximum output of 334 horsepower. 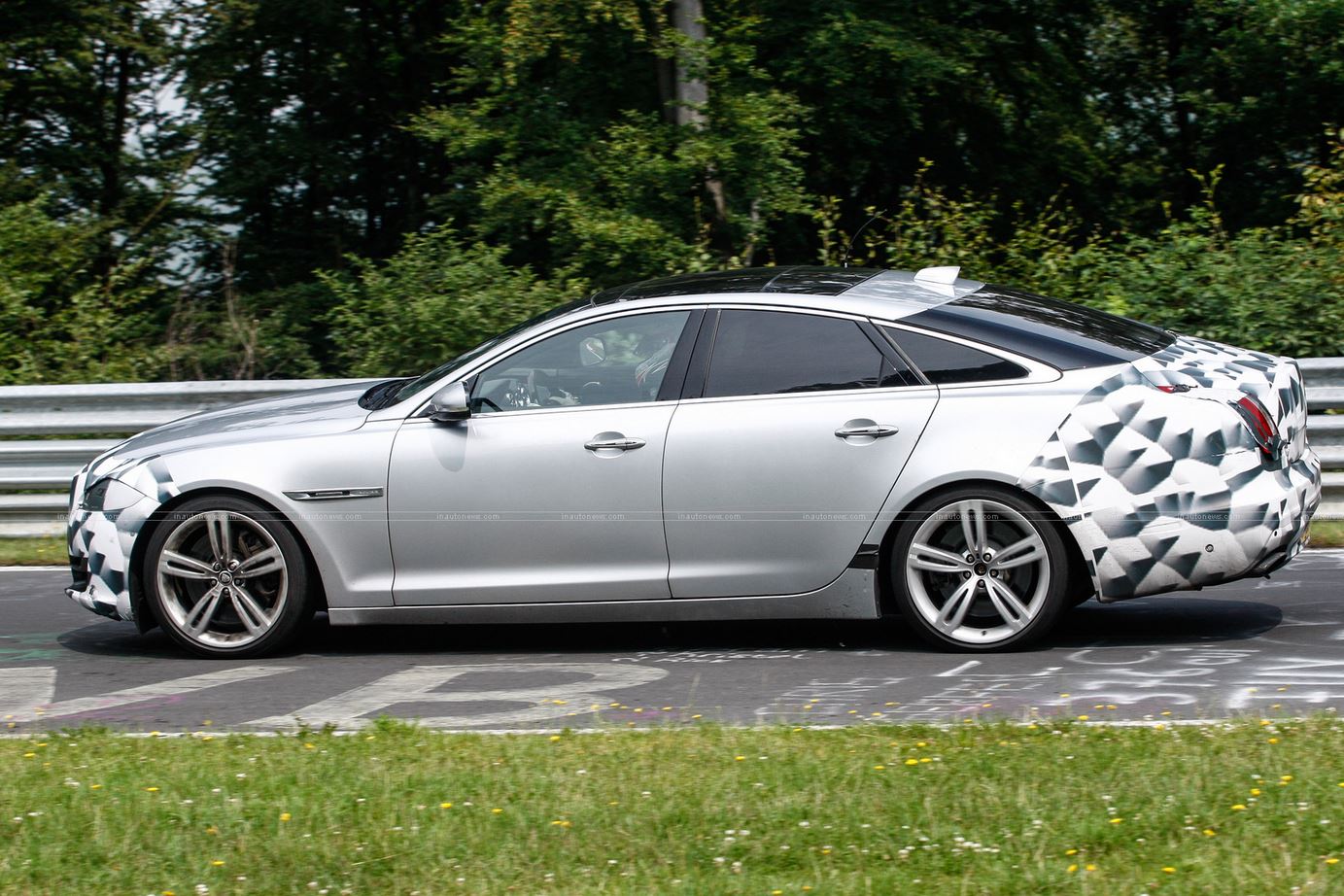 2015 Jaguar XJ Facelift will probably hit dealerships towards the end of the year or in the early 2015. The car’s launch will soon be followed by the arrival of other Jaguar models, including the new XE sedan and a crossover based on the C-X17 concept. 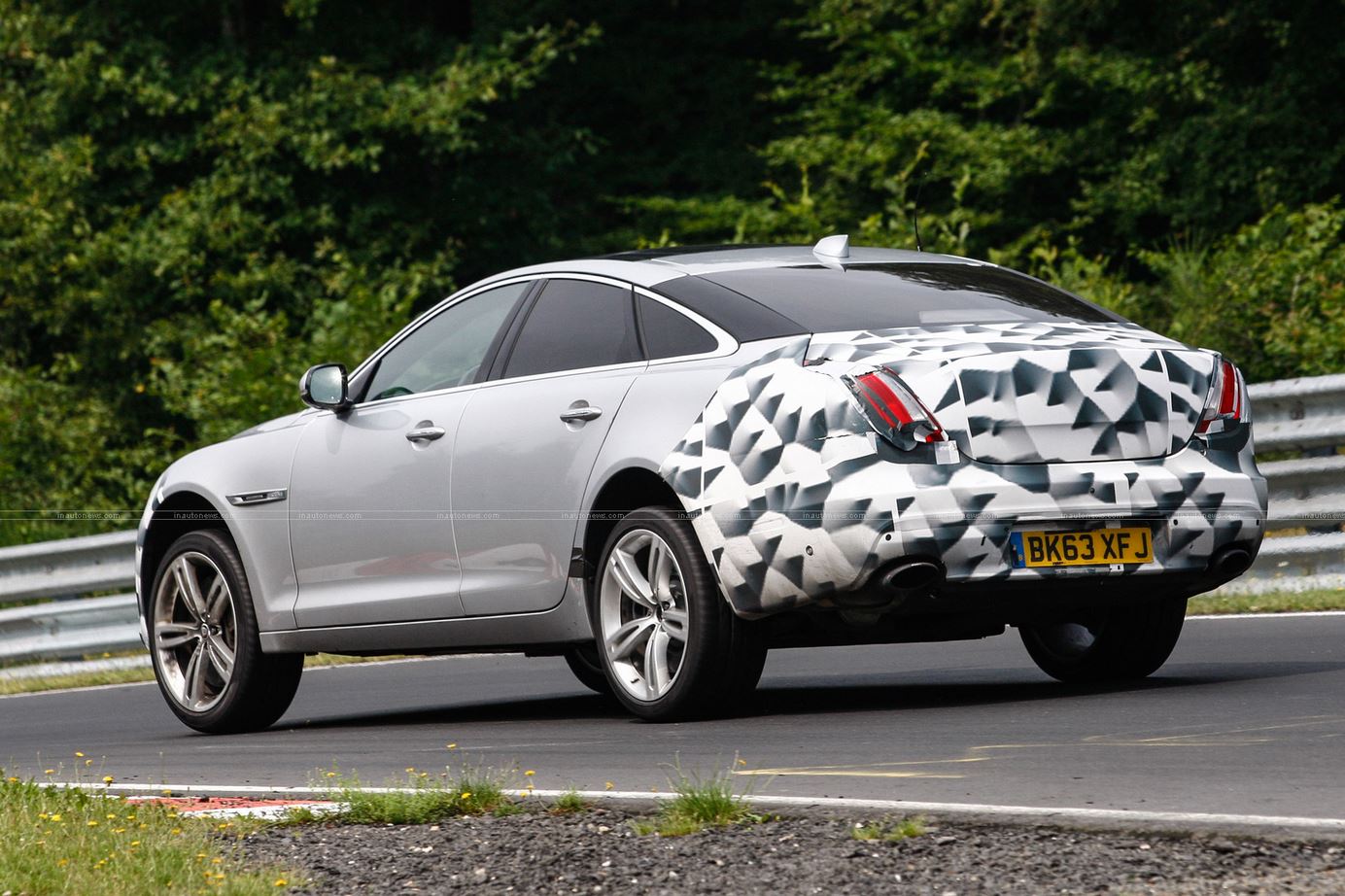