Fresh details of the upcoming Audi Q7 are shown in new spy pictures taken while the SUV was being tested on public road in Germany.

2015 Audi Q7 is said to ride on the MLB Evo platform and will be up to 363 kg (800 lbs) lighter. This car model has received a Y-shaped LED daytime running lights, a shortened front overhang, beefier fenders and a twin exhaust system. 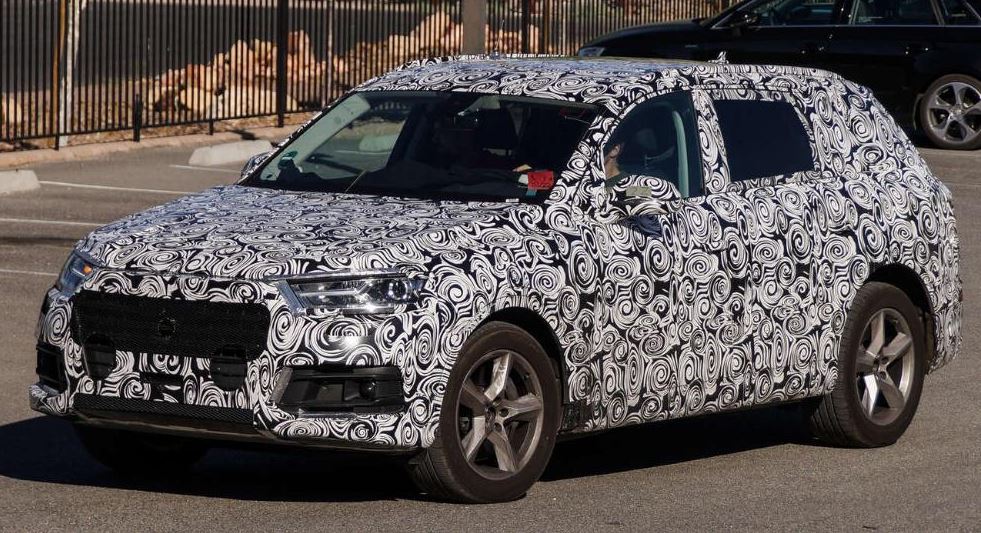 It’s not clear what powerplant Audi has planned for its new Q7, but the engine powering the vehicle may be a 2.0 TDI. 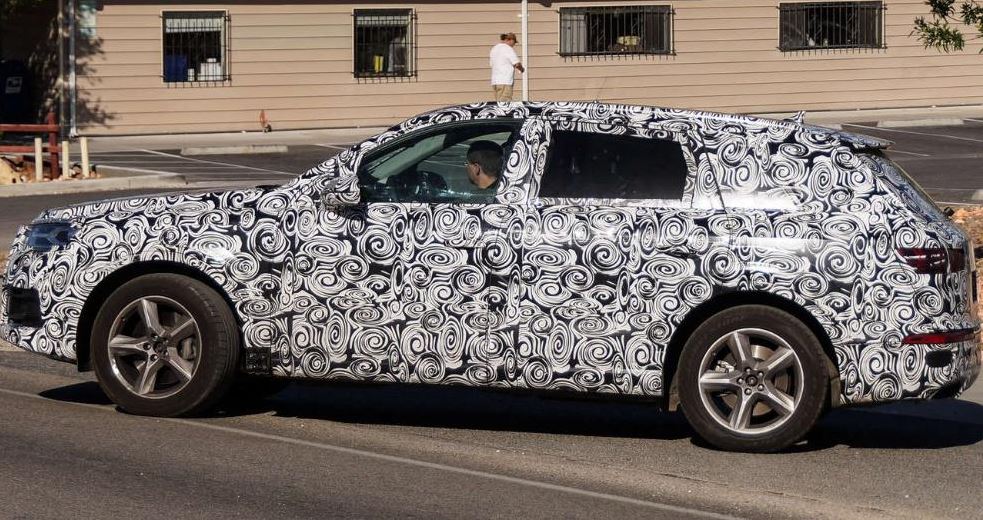 It has already been confirmed that an e-tron variant will also be available, sporting a 3.0 TDI V6 engine working together with an electric motor to generate a combined output of 367 hp and 516 lb-ft of torque. This hybrid model will have an all-electric driving range of 50 kilometres. 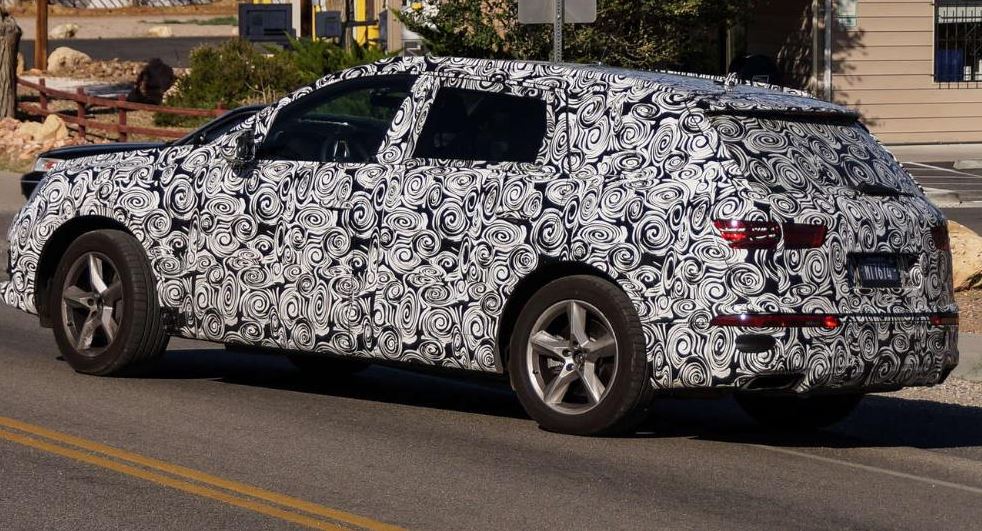 A debut of the 2015 Audi Q7 will probably take place in October at the Paris Motor Show, with sales starting by the end of the year or in the early 2015.