Two Toyota Tundra Monster Trucks were shown off at the SEMA Motor Show in Las Vegas.

The first one is called the Hiring Our Heroes Monster Truck and it has been built by Steve Zion and a group of mechanics from Toyota of Wallingford. 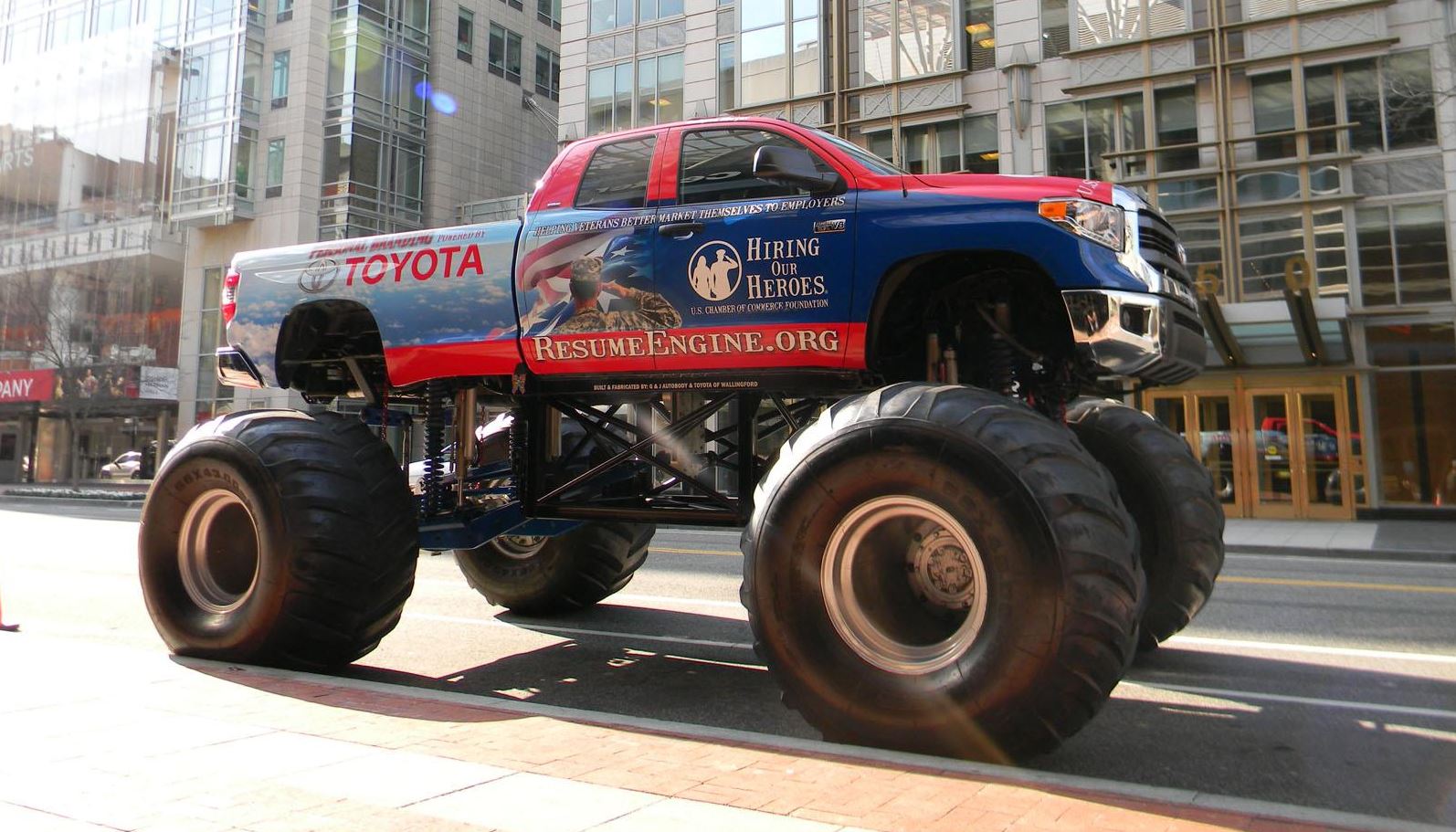 This truck is intended to address veterans unemployment issues and features a custom monster truck chassis, nitrogen shock absorbers, custom SWR wheels wrapped in massive 66-inch tyres along with a driver-powered parking spot locator. It is powered by a 5.7-litre V8 engine, but a TRD supercharger has also been fitted to increase power output to 580 hp. 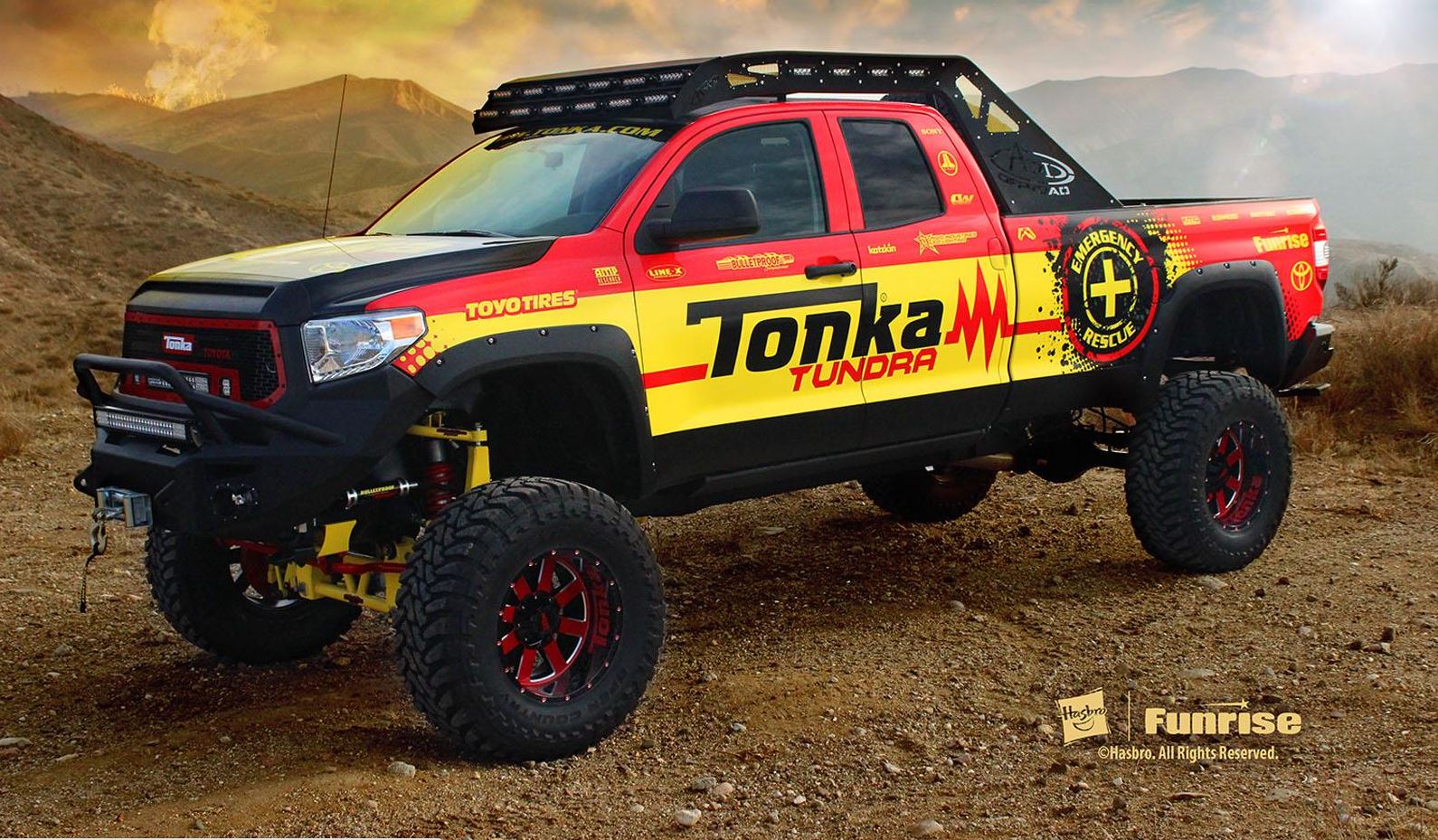 The second one is the Tonka Tundra Monster Truck and was built as a tribute to emergency responders who are committed to saving people’s lives. It benefits from a tri-colour exterior, stylized “Emergency Rescue” logos and 20-inch KMC wheels with 40-inch Toyo tyres. Other highlights include a sports exhaust system and a 10-inch lift suspension as well as a Big Brake Kit.