Fresh juicy news keep coming from the auto industry. Even though the holidays are close and the end of the year is just around the corner no one can say they are not in the mood for some fresh exciting novelties. And when the news is about you favourite car makers then really no objection could be important.

So let’s just get to the point and tell you that the one the most awaited for cars ever spoken about by Audi has made a first public appearance. We refer to the brand new Audi R8 that has been recently shown in some superb sketches. 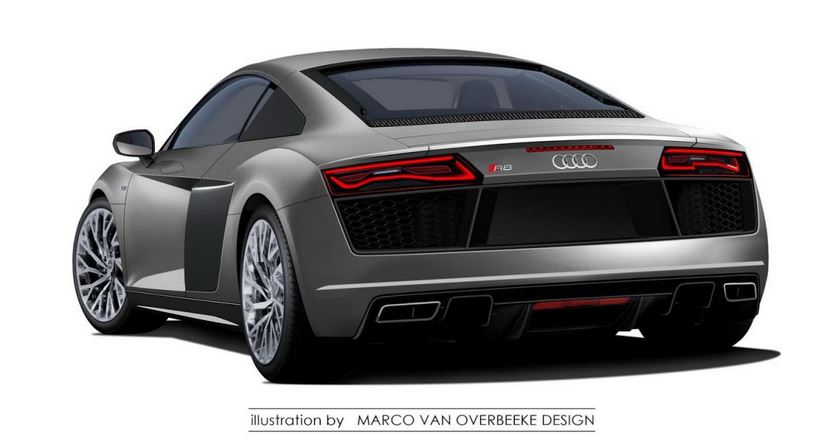 The author of the inspired drawings is none other than Dutch artist Marco Van Overbeeke. The designer has imagined the second generation of the famous R8. The car can easily be described as futuristic and inovative. As far as information available so far goes the car will be launched in 2015.

2015 R8 will run on V8 and V10 engines with power ranging from 450 bhp (335 kW) to 570 bhp (425 kW). Drivers will more than likely be happy to know that a seven-speed dual-clutch transmission and a quattro all-wheel drive system are also on the goodie list.