BMW M3 has finally been caught on camera. Long awaited for by car fans all over the world the car has made an appearance on Beverly Boulevard.The highly camouflaged BMW M2 has been photographed while undergoing testing on the boulevard mentioned above.

Though nothing is yet official about the identity of the car that appears in the pictures the expert eye confirms the theory that the model caught testing is the M2 as wider wheel arches and alloy wheels make the car look very much like the test mules of the model that have so far been spotted. 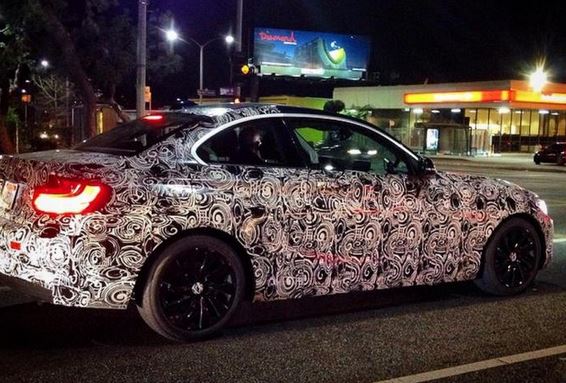 Feature list for the M2 counts updated suspension and brakes and quad pipe exhaust system. As far as power goes nothing is yet official, but if the car in the images is BMW M2 than get ready for great news as the car could get a maximum output of up to 380 HP (279 kW).

Basically BMW M2 will run on a a turbocharged 3.0-liter 6-cythe linder petrol unit. And as BMW is sinonymous with speed, you might like to know that the M2 will run the 0-100 km/h (0-62 mph) sprint in just four and a half seconds.