Renault Kadjar, a car much awaited for by fans all over the world, has made an unexpected debut. Even though the model was expected to be presented officially today already an image of it is circulating on the internet.

Apparently the image presenting the Renault Kadjar has first been seen on Twitter. The much awaited for photo was then presented on Worldscoop and is now causing quite a stir all around the world. The car will most likely be unveiled at the Geneva Motor Show. 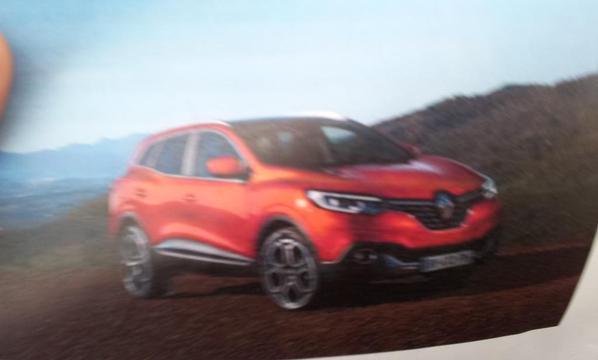 As a short reminder regarding the car’s origins, we must state that Renault Kadjar is based on the second-gen Qashqai. Renault engineers used the Captur for ispiration too as the Kadjar has some unique design features that remind drivers not only of the Captur but also of Nissan.

Recently the company has confirmed, via one of it’s representatives, that the picture shows the official Renault Kadjar. And car fans have more reasons to be happy as we are just a few hours away form the car’s debut and just a few steps away from finding out important information.

And we saved the best for last as we close by telling you that Renault Kadjar will be availabe with the same engine options as the Qashqai. List counts turbocharged gasoline and diesel engines.