The second generation Audi R8 has become a star on the internet. An image of the much talked about and awaited model is circulating on the web and is being shared by fans all over the world. As known by now the car will be officially unveiled next month.

This time the image did not come from the company so it is premature to state that the Audi R8 has been revealed. However the image uploaded by Istagram user “dreboog” is claimed to come from somebody inside the company. 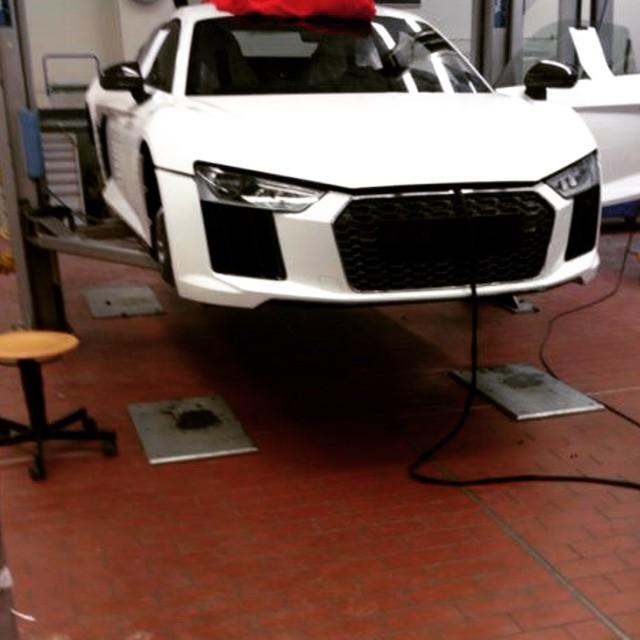 Curious to know what details about the car we find most interesting? Taking a look at the image available many doubts arise as for instance tha car presents a large gap between the front bumper and the right wing. Also mystery list counts missing wheels.

It is thus a safe assumption to say that the car presented in the image might just be a body kit and not the official Audi R8.

Though we have strong arguments that the car in the image might not be the R8, we must state that it takes a lot after the famous model. More to the point the car in the image keeps that same shape for headlights and the LED daytime running lights. Also a familiar element is noticed as the hood is cut in a way that basically screams R8.