Bentley Bentayga has been spied. The car has recently been seen and photographs of it are impressive as the much awaited for car can now be seen closely. Actually the new Bentley Bentayga was caught while undergoing testing near the Arctic Circle.

Beforre we go and give you full details it’s important for you to know that the Bentley Bentayga has been named the “world’s most powerful and luxurious SUV.” Most likely the vehicle will go on sale the following year. 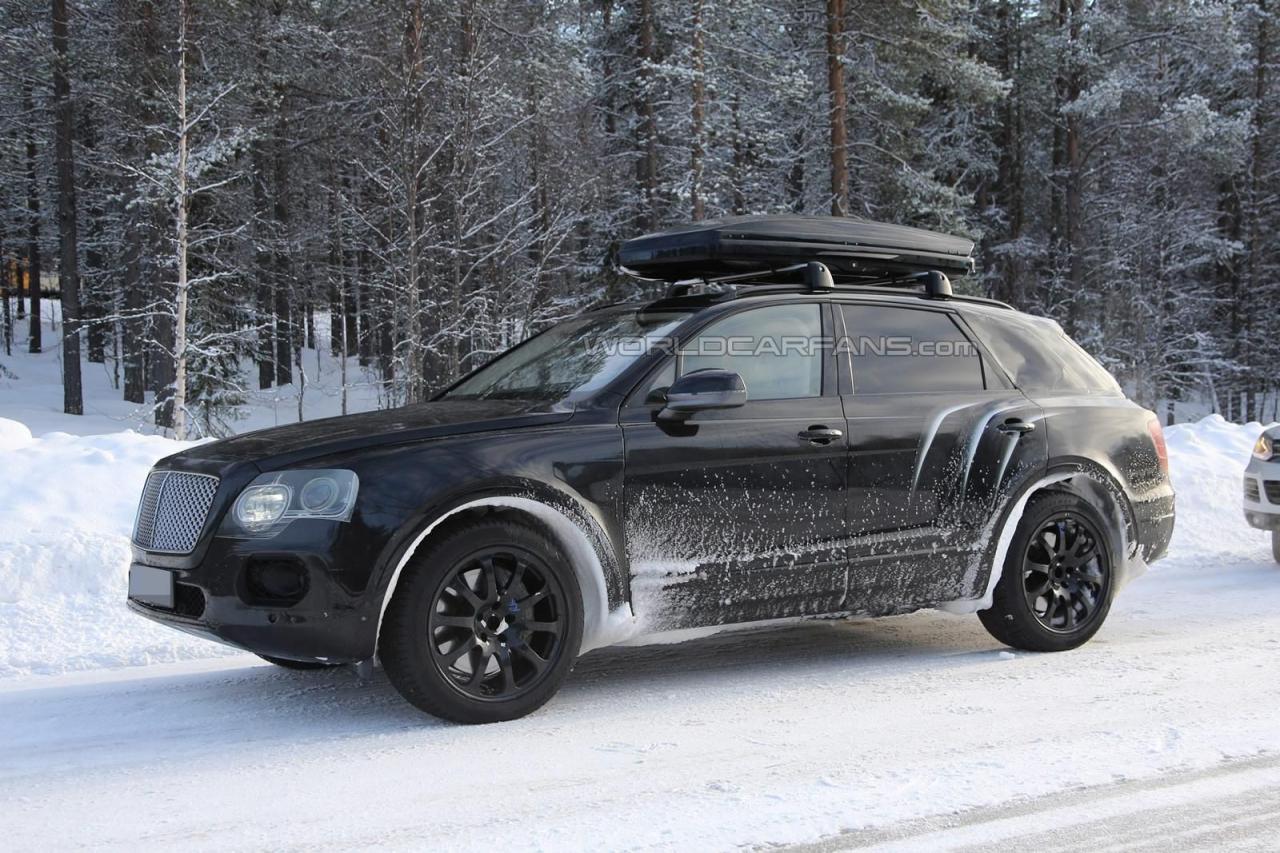 As a reminder the Bentley Bentayga is an evolutionary vehicle inspired by the EXP 9 F concept. Basically the car will use the same MLB platform as the new Audi Q7. Most likely the car will be quite heavy, but no details regarding it’s size have been disclosed so far.

Under hood arsenal sounds good as the new Bentley will come with twin-turbo V8 4.0-liter and W12 6.0-liter engines while. Future plans include also a plug-in hybrid version that will be launched sometime in 2017. 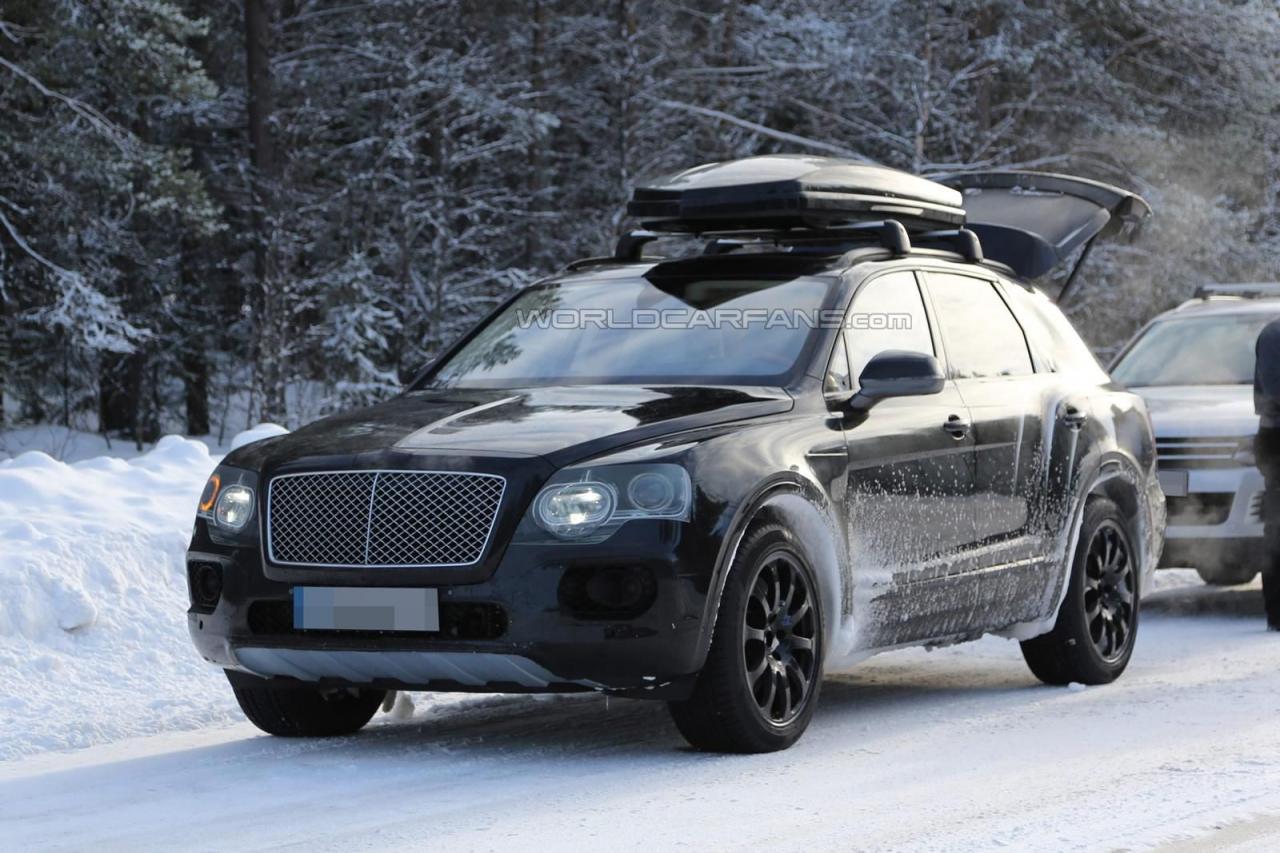 No inside pictures are available so far but as we have learned some time ago the new Bentley Bentayga will have an impressive feature arsenal. List includes circular air vents, digital instrument cluster and a big touchscreen display. Most likely the car will also have individual rear seats. 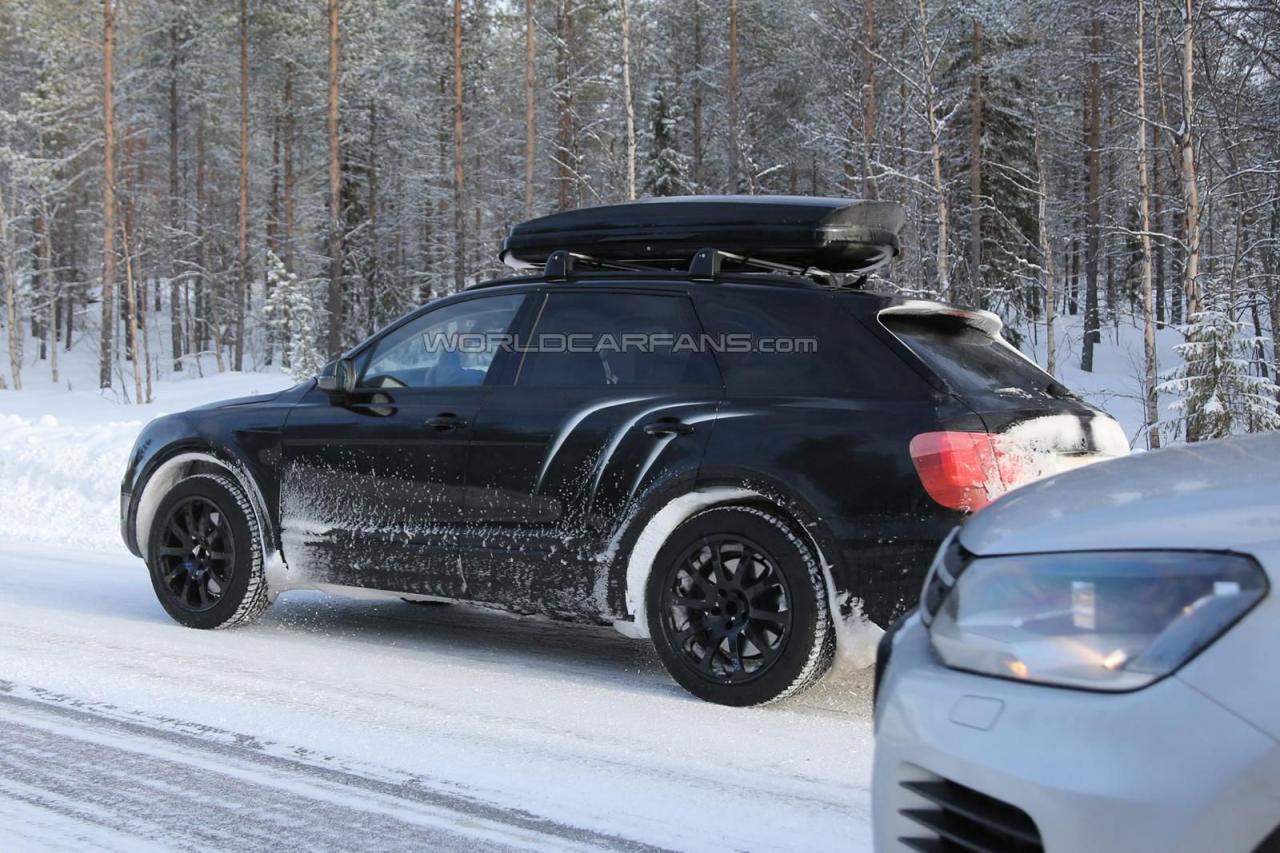