The four-door Novo fastback concept has been officially presented by Kia. The car has been unveiled in a special location at the 2015 Seoul Motor Show.

Before we go further and give you more details it’s important for you to know that the car will benefit from a refreshed aspect that is announced by it’s very name. 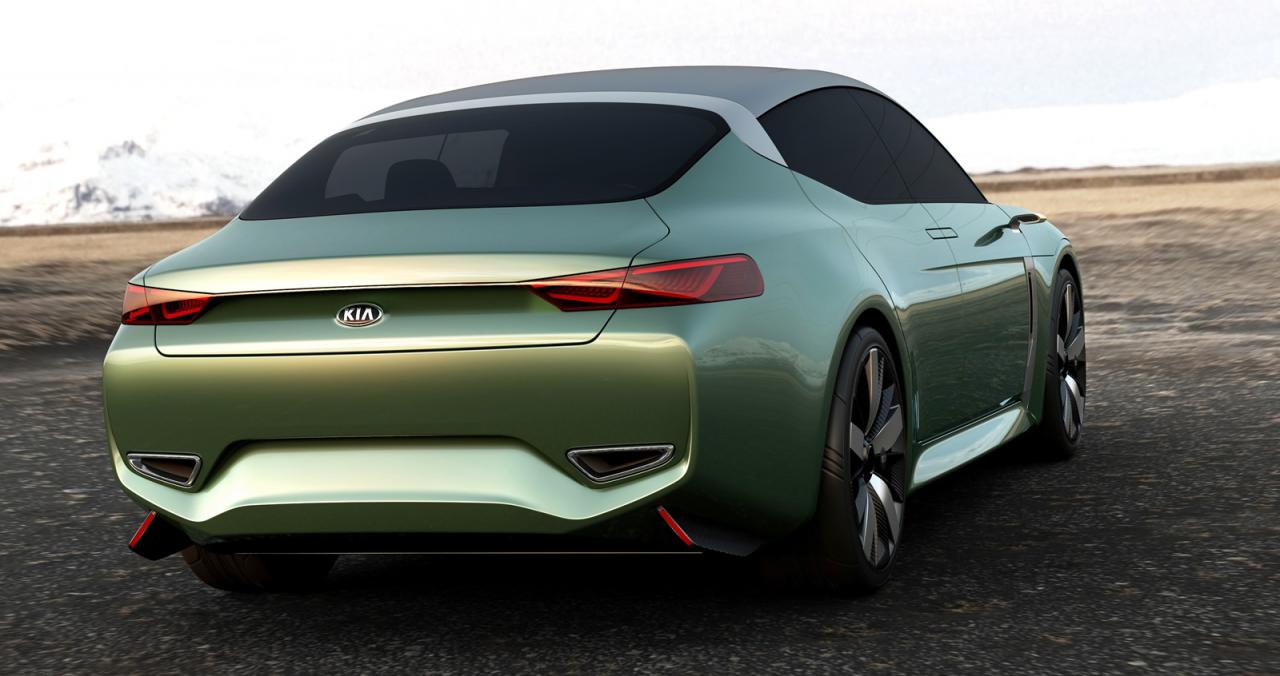 As we know the four-door Novo fastback concept is based on a modified Cerato/Forte platform. In terms of design that car comes to impress with an entirely new body featuring a short front overhang combined with a long rear overhang and a fastback roofline, a tiger nose grille, slim laser headlights, prominent wheel arches, beefy side skirts and suicide doors with pop-up handles.

Things look good on the interior of the four-door Novo fastback concept too. The Kia Novo has uncluttered layout with very few buttons and knobs, a 3D hologram display and a “blind control” touch pad. Via a fingerprint scanner the driver’s preferences will be recongnized and set automatically. 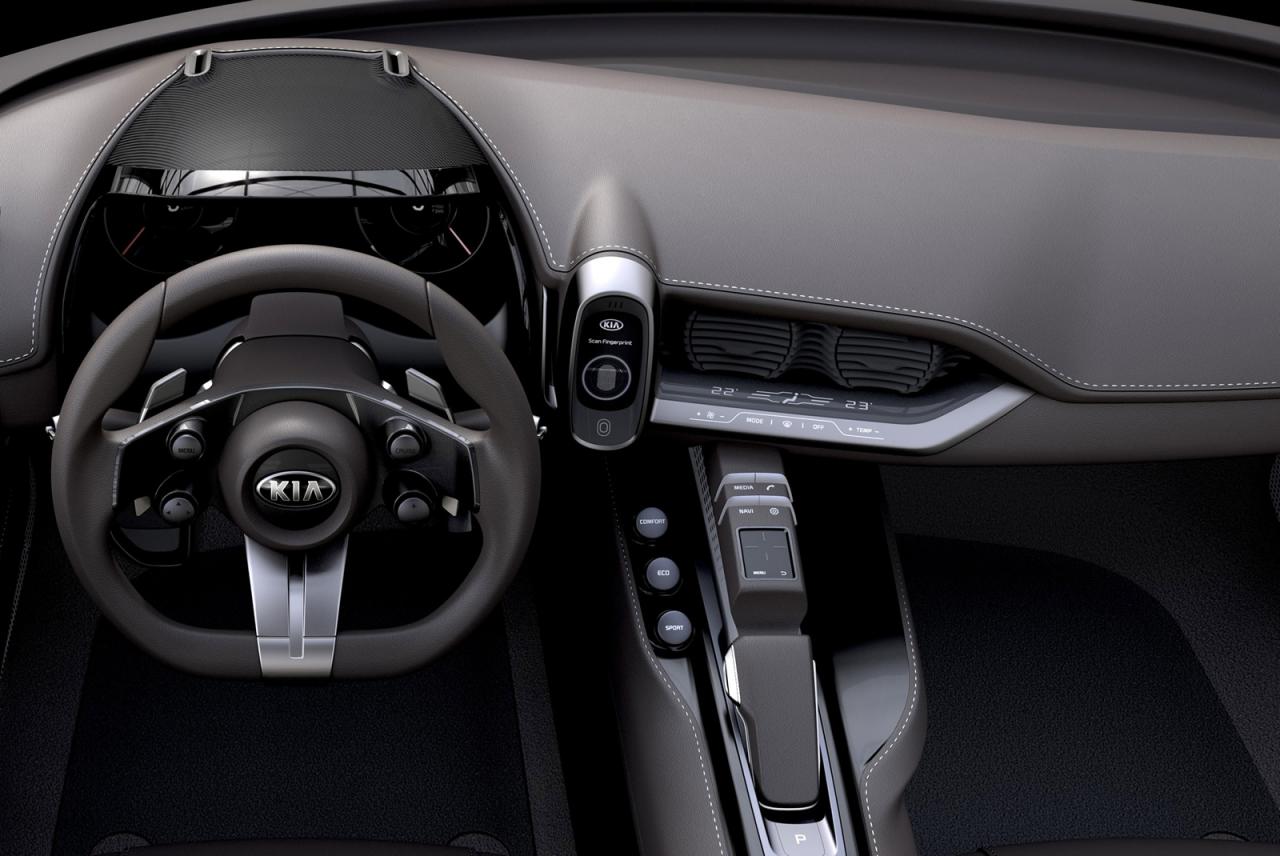 Magic is to found under the hood of the superb car as Kia Novo runs on a four-cylinder, 1.6-liter turbocharged gasoline engine. Also the new Kia rides on 20-inch alloy wheels. 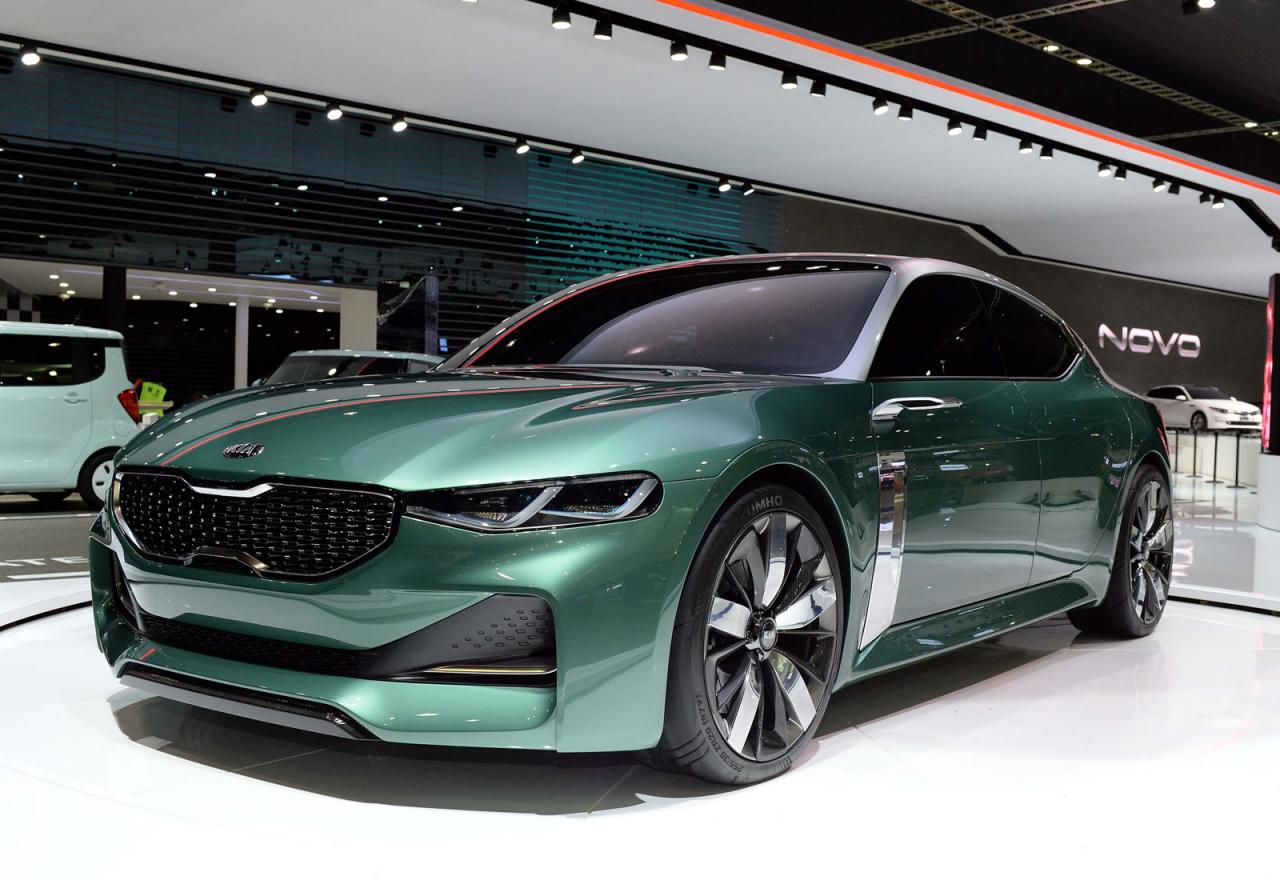