2017 MINI Countryman has been caught on camera while testing. The super small car has been photographed while showing off at the Nürburgring.

Though wearing heavy camouflage the model comes to clear some mysteries off the list. Basically if we look back we remember that the Countryman has been facelifted about a year ago. 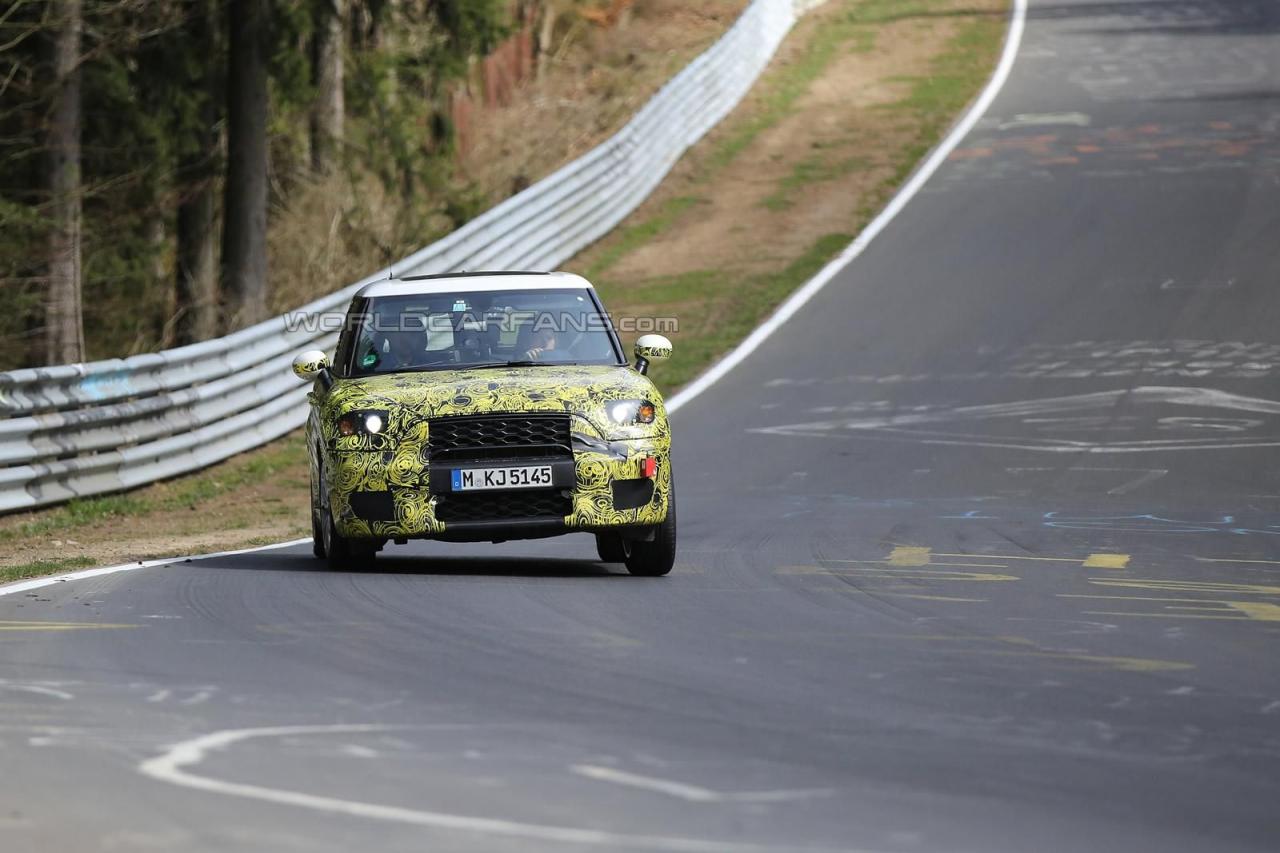 Though back then the changes made were quite impressive the future sounds bright as the second-generation Countryman promises to bring inovation to another level.

Most likely the car will be produced at the VDL NedCar factory in Born, The Netherlands and in the UK. One first detail that is very important to mention is that an increase in size is expected as the car makers plan to use the UKL1 platform.

Design is a chapter that won’t bring as many changes as expected by fans. However list of features will count a bigger front grille, reshaped headlights and a more prominent roof-mounted rear spoiler. 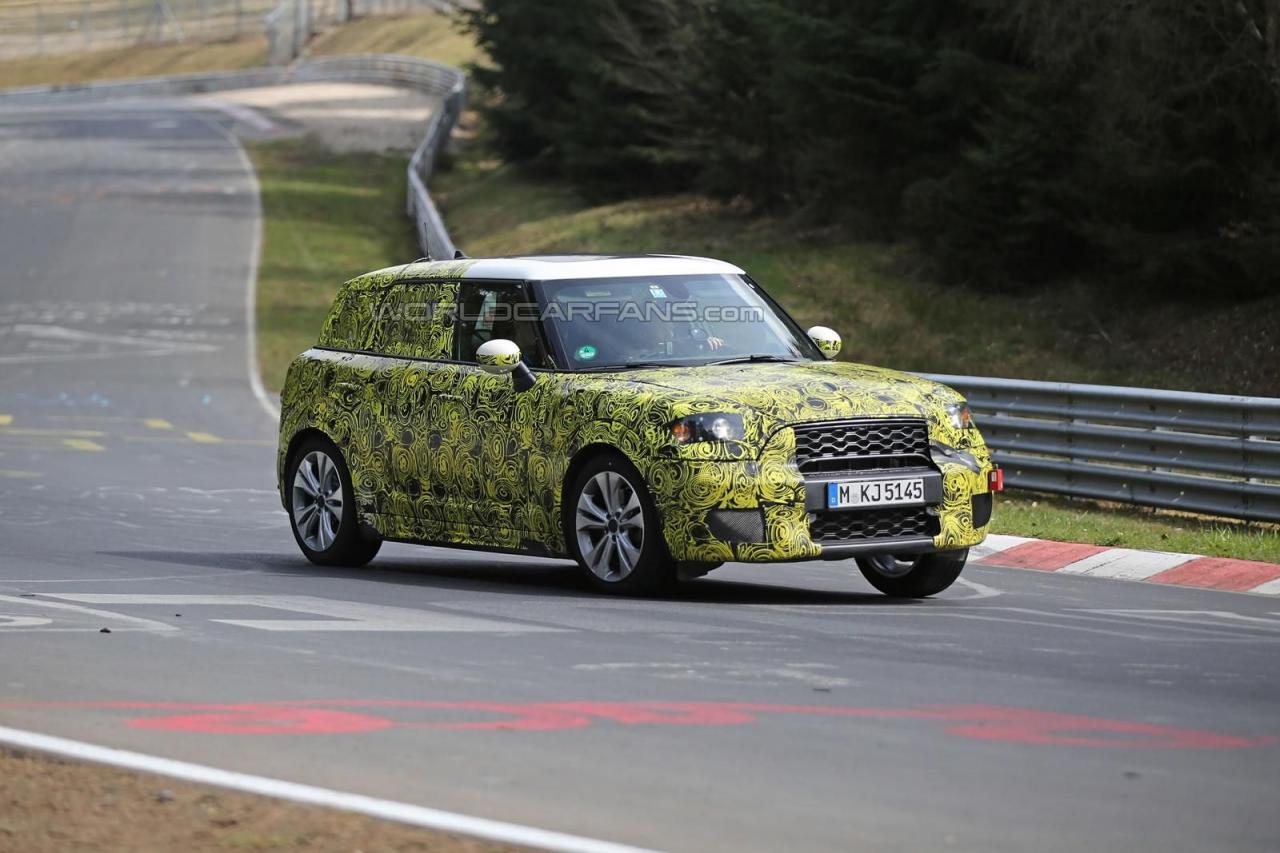 And good news keep coming as the new MINI will also have a front-wheel drive layout. And last but not least the superb 2017 Mini Countryman will run on a four-cylinder, 2.0-liter turbocharged gasoline engine that offers 228 bhp (170 kW) and 236 lb-ft (320 Nm) of torque.