Those leaving in the Land Down Under and loving Renault products, are glad to find out that the all-new 2018 Captur is heading that way, with prices to start from just $23,990. But despite the low price, the new small crossover comes with a splendid design and plenty of new technology inside.

Starting next month, the new Captur will become the direct competitor of the new Mazda CX-3, Mitsubishi ASX and the gorgeous Nissan Quashqai, being launched with three variants – the Captur Zen manual ($23,990), Captur Zen EDC auto ($26,990), and the top of the line Captur Intens EDC auto ($30,990).

Compared to the new Nissan Quashqai, the new Captur is obviously cheaper, however it incorporates an evolutionary design – C-shaped LED daytime running lights for the updated front end, or chrome accents up front and at the rear end.

The top of the line Intens stands out from the crowd with some additional styling features, like LED Pure Vision headlights or 17-inch alloy wheels. Inside, the same variant is tweaked with the company`s new R-Link interface with sat-nav and fixed panoramic roof.

Standard features in the cabin refer to 7.0-inch touch-screen media interface with media navigation, high-end materials all around and much more.

All variants are equipped with a 1.2-liter turbo flat-four engine, with power to start from 88 kW and 190 Nm of torque. The only thing that separates the versions is their transmission. The standard Zen comes with a manual and an EDC automatic, while the Intens is equipped with an EDC auto. 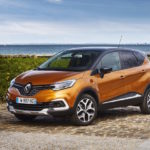 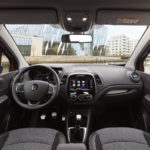 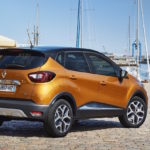