At the 2017 Los Angeles Auto Show which opens its gates tomorrow, Mercedes-Benz will introduce a series of new models, including the 2019 CLS now popping-up in the news in the first leaked images.

The all-new 2019 Mercedes-Benz CLS was previewed in renderings and spy shots, however this is the first time we ever get to see how it will really look like. And I got to tell you it is extremely good-looking and imposing.

Following a series of spy photos with the model while undergoing tests a couple of months ago, it was quite easy to predict how the model would look like. However, with the leaked images popping-up online, we could observe some differences concerning the car`s body style.

First of all, the front end of the model is looking rather different compared with the test mule. It seems that the production model will come with an updated front bumper. Secondly, the car`s rear fascia has also been modified to perfectly fit the much larger taillights. As for the overall design, the new model will generally follow the same lines as the previous models.

Inside the cabin, the 2019 Mercedes-Benz CLS will feature a widescreen display, also seen on the much luxurious E-Class series, coming with a COMMAND infotainment system and gauge cluster, and adding as well four circular air vents and push-button ignition. The interior`s sporty feel will be enhanced with a new steering wheel, also set to offer a cozy and elegant feel.

As for the engines under the hood, the all-new 2019 Mercedes-Benz CLS is reported to come with two petrol burners – a turbocharged flat-four with 295 horsepower, and an inline six-cylinder with 362 horsepower. The diesel counterpart would refer to a four- and six-cylinder lineup, with power between 241 horsepower and 335 horsepower. A hybrid powertrain is also likely to be introduced later on, this one coming with around 429 horsepower.

In case you love Mercedes-Benz models, particularly this one leaked here, then our suggestion would be staying tuned, as the German carmaker might officially release the high-end model sooner then we might think! 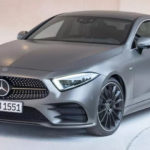 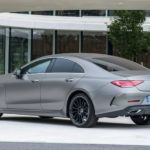 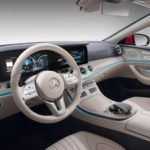 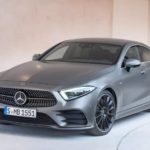 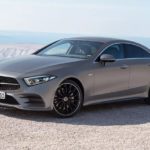 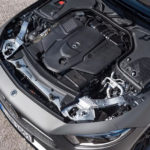