Fear not, the Rolls Royce Phantom will not die. It hasn’t been cancelled and there’s not even a rumor about its demise.

What actually happened to the Rolls Royce Phantom is something extremely special while considerably morbid at the same time.

Yep, somebody had the idea and then the budget to create what is simply a Rolls Royce Phantom hearse.

Its full name is the Rolls-Royce Phantom Hearse B12 and it was created by Italian custom hearse builder Biemme Special Cars.

I’ve never heard of them either but I suppose they’re the ones working together with somebody trying to assassinate the pope. Or some Saudi leader.

Why else would you be building such an exclusive final road machine?

Either way, they’ve managed to add three feet to the length of the Extended Wheelbase version of the Phantom making for a total of 23.

Alongside the added length you get an enormous amount of custom built metalwork, interior details as well as specially developed glass sheets.

According to the manufacturer, some 600 new parts had to be fabricated and over 650 feet of welding was added to create the new hearse. 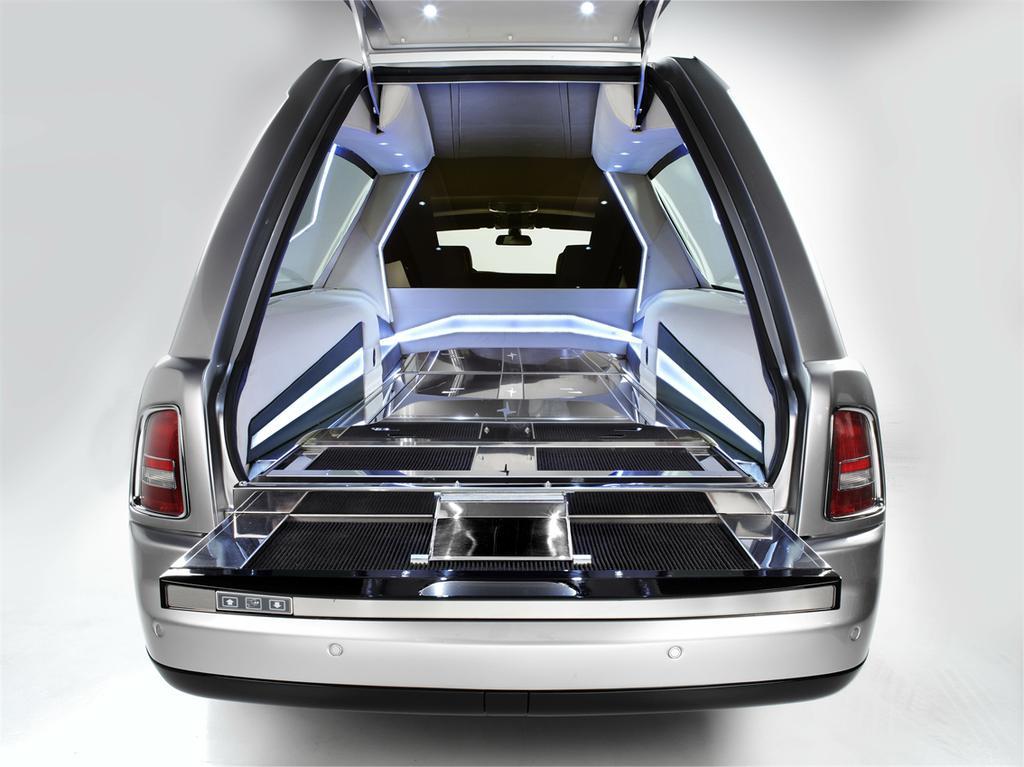 It seems like the B12 is as impressive as the British luxury legend itself and you’re well aware of the fact once you consider the enormous price it comes with.

Running costs aren’t going to come in cheap either but we suppose that’s the least of worries for those transported “in the back”.