A prototype of the new crossover from Bentley has been spied testing hard on the Nürburgring. The vehicle in question is previewed by the EXP 9 F Concept that was introduced to the public in 2012 at the Geneva Motor Show.

At the exterior, the crossover features circular headlights, a tailgate-mounted spoiler and twin exhaust tailpipes while on the interior it benefits from premium materials, wood trim, new air vents and a digital instrument cluster. 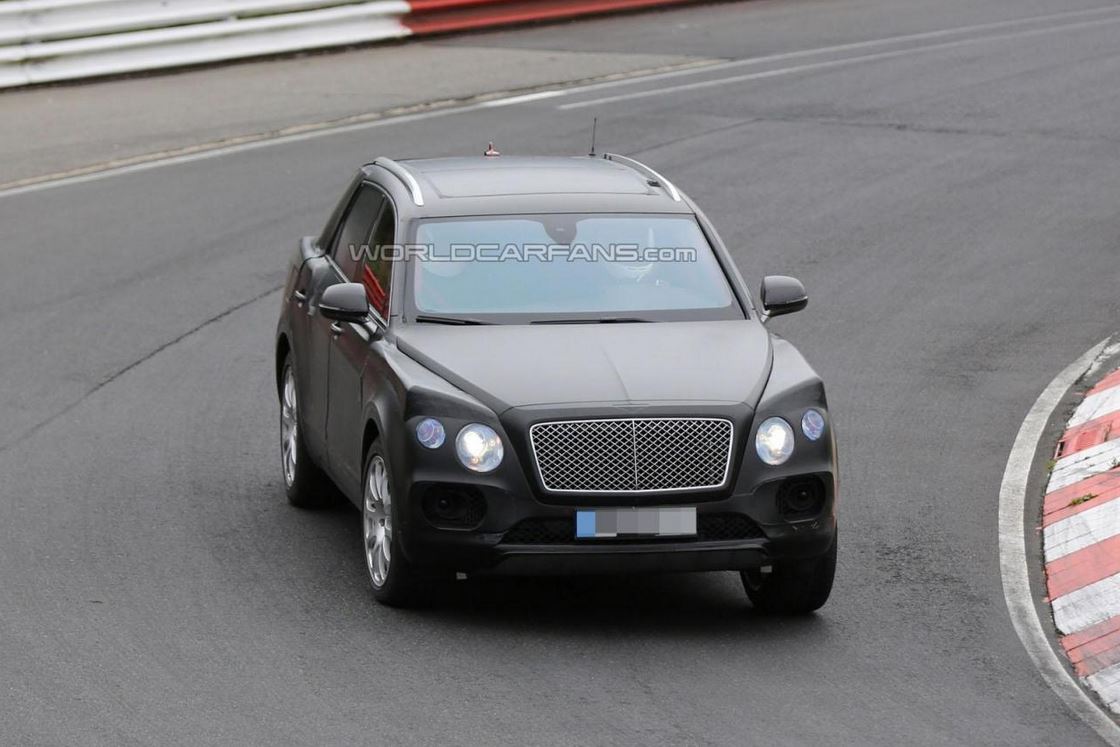 This car model is riding on the Volkswagen Group’s new MLB Evo platform that will also underpin the next generation Audi Q7 and Volkswagen Touareg. The engine options will likely include a twin-turbo 4.0-litre V8 and a 6.0-litre W12 unit. 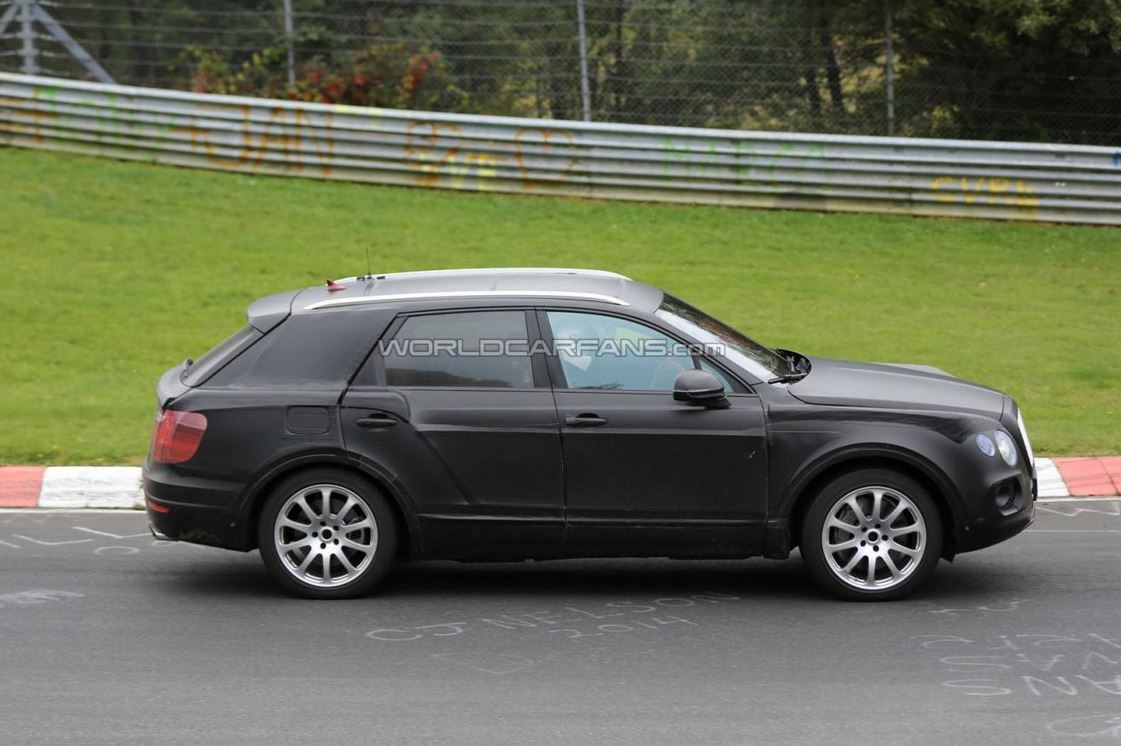 Bentley’s upcoming crossover is expected to enter production towards the end of next year as a 2016 model. 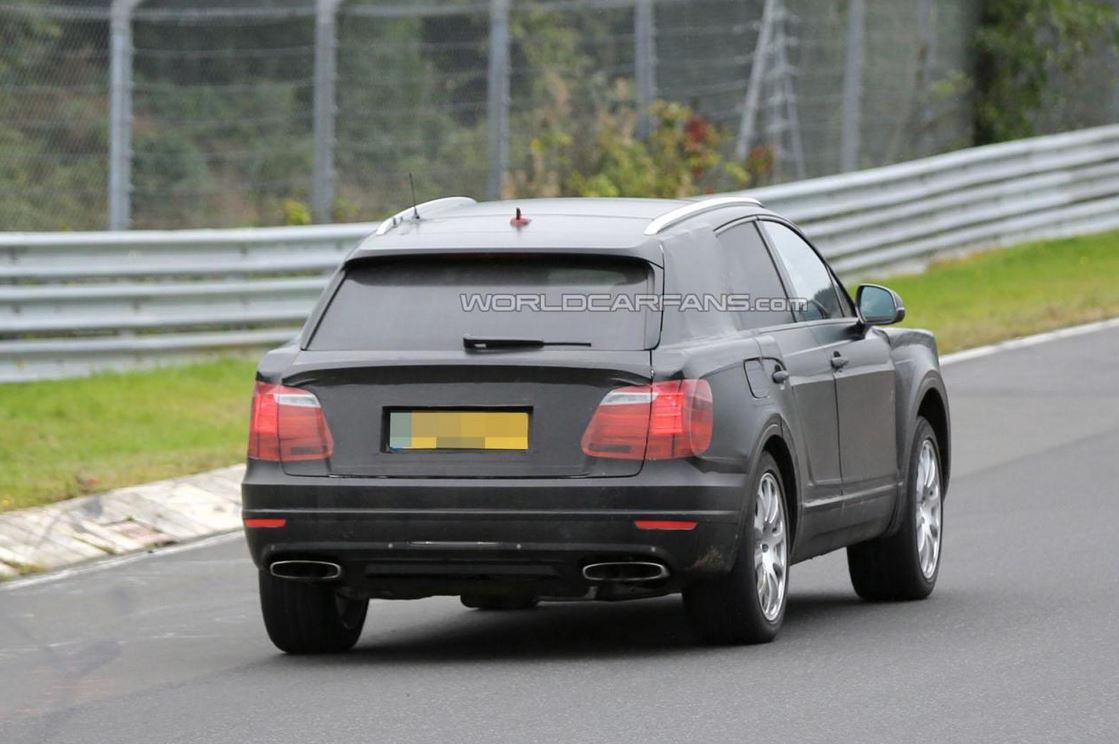 The British luxury automaker also expressed its intention to launch a plug-in hybrid variant sometime in 2017, but the technical specifications are currently unknown.