Rolls- Royce lineup will be completed brightly with an SUV this year. As we know the The United States are the main point of attraction for Rolls-Royce. Sales rocket in China and the UK too and the company has been smart enough to take advantage of this, and now has no less than 127 dealerships.

And Rolls –Royce is doing super good as sales are rocking. It seems that one of the strong points for the company is personalization of vehicles. To the point the company has selled an impressive number of cars that cost very much during 2014. 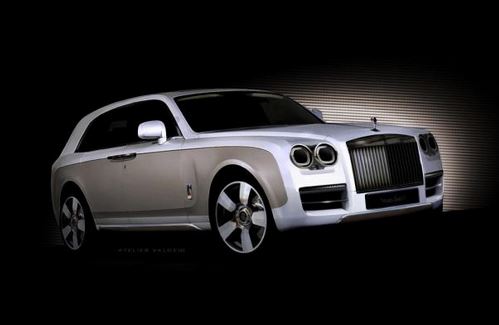 Most likely the decison to produce an SUV was taken into consideration after main competitor Bentely has decided that they will expand their offer with an SUV too.

The companie’s CEO has announced that,”we’ve made progress in evaluating options and in understanding better how such a project could work, what’s needed to make it work if we decide to go ahead.” According to Torsten Mueller-Oetvoes the car will only be produced in 2017-2018.

Until then the company will be occupied producing the Wraith Drophead Coupe that will most likely be unveiled this year.