The much awaited for 2016 BMW M2 Coupe has finally been revealed. Nothing is yet official but the spectacular car has been rendered just ahead of the scheduled reveal.

The car is expected to go into production this fall most likely in November. This strategy will be applied for the European and American markets. The M2 is expected to be one of the most spectaclar models ever released by BMW. Most likely deliveries for the car will start towards the end of the year or at the debut of 2016. Though the pricing has not been confirmed the car will most likely cost over €44,750. 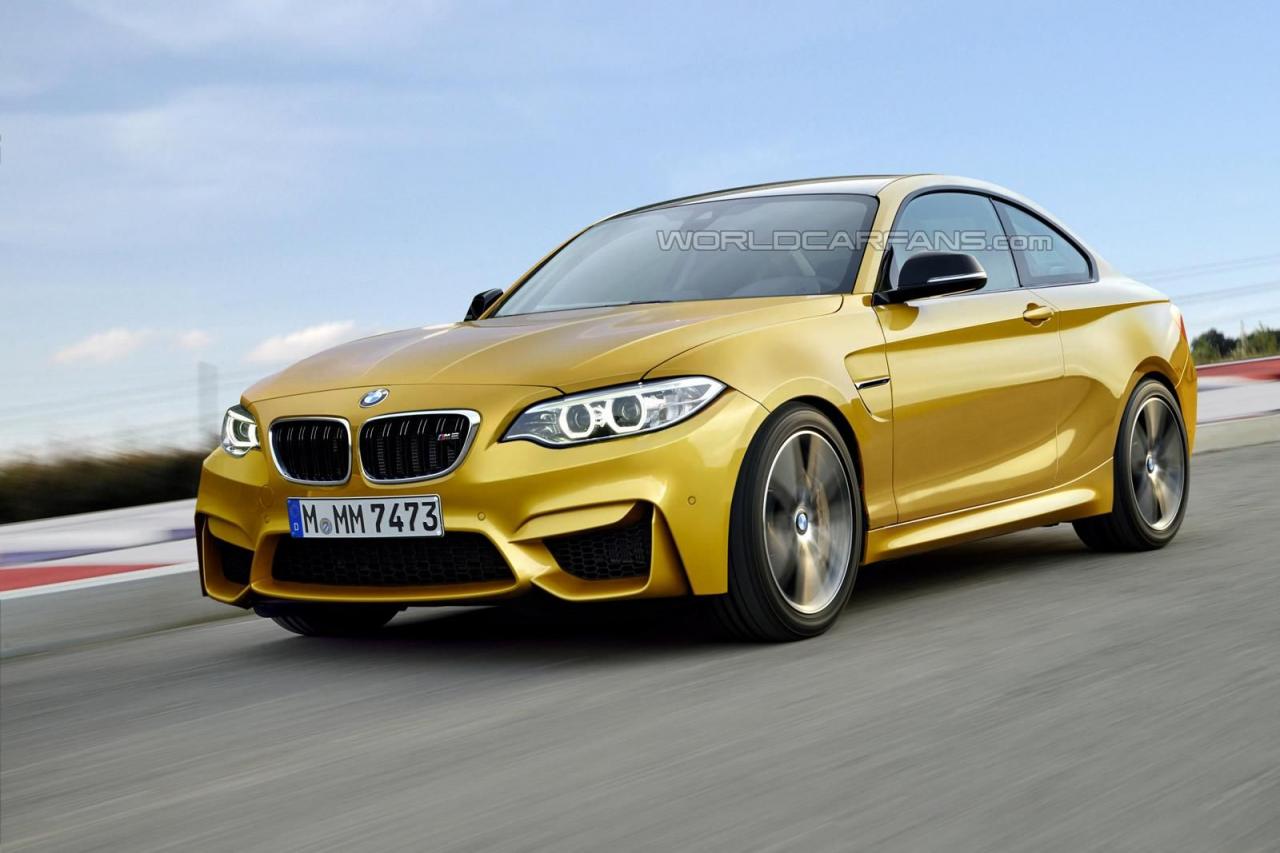 Most likely the car will be officially shown at the Frankfurt Motor Show in September. The new BMW M2 Coupe will be powered by an uprated version of the 6-cylinder 3.0-liter turbo engine that will provide 380 PS (279 kW).