The recently announced 2018 Toyota Camry in Australia is definitely way too beautiful than the last year`s model, and that is something you can see in the price differences. The lineup also comes with plenty of new high-tech gadgetries and a V6 option for those looking for some extra power punch and speed.

As aforementioned, there are plenty of new features both at the exterior as well as inside that separates the new Camry from the previous model. First of all, the new car has been equipped with LED headlights and a new set of 19-inch alloy wheels.

The new 2018 Toyota Camry is also a very safe car, being equipped with an advanced safety pack. It also stands on a new platform (the same found on other fresh models) such as the TNGA – Toyota New Global Architecture, which allows the fitting of two engines with improved fuel consumption.

Speaking of engines, the new 2018 Camry comes with a base 2.5-liter flat-four cylinder mill, with 133 kW and 231 Nm of torque, available in all variants. The engine comes with a six-automatic transmission. The top of the line 3.5-liter naturally aspirated V6 engine is the replacement of the Aurion and develops a good 224 kW and 362 Nm of torque. This one kicks off with a high-performance eight-speed automatic transmission. Depending on the model, the fuel consumption of the four variants comes with an average between 4.2L/1000 km to 7.8-8.3L100 km. On the other hand, the V6 burns out between 8.7-8.9L/100 km. 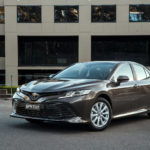 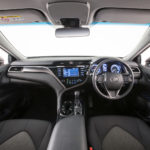 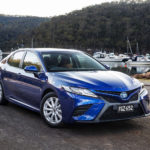 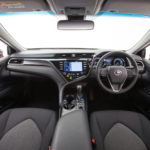 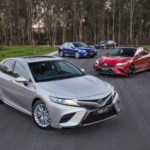 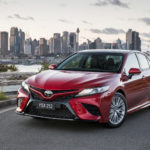 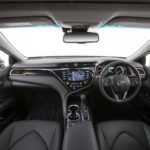 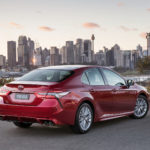 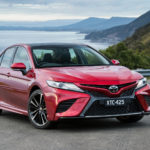 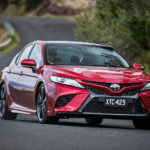 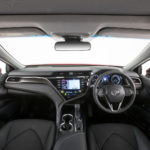 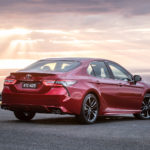