The Ferrari Enzo is something that is beyond exclusive. It’s such a rare car that you can’t even decide to buy one, the Italians had to invite you to do that.

Oh and just in case that wasn’t rare enough, they eventually made the FXX racing version which was even less of a no go, especially since it wasn’t exactly street legal. 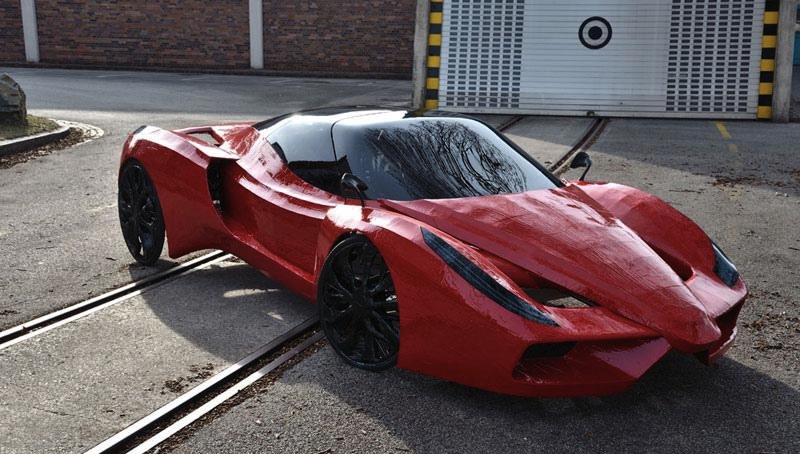 Somebody clearly decided this story had gone far enough because they’ve made a replica of that racing car. You can tell it’s wrongly made from quite a distance but that’s not the point.

It’s the sort of replica that knows how to have fun, it can’t be taken serious since it doesn’t even take itself serious.

The creator is named Hannes Langwelder, is an Austrian artist who even did some wordplay in the naming of his new toy. Get ready for this one, it’s called the Fahrradi Farfall FFX.

That sounds like something a Chinese copyrighting department would come up with but it’s actually something that can easily be translated from German.

This roughly translates into Bicycle Butterfly and that actually makes sense. There really are pedals underneath, it’s not powered by any type of engine.

And the Butterfly part, well, that’s just related to the new aerodynamic wings the Fahrradi replica has as part of its plastic and tape body. 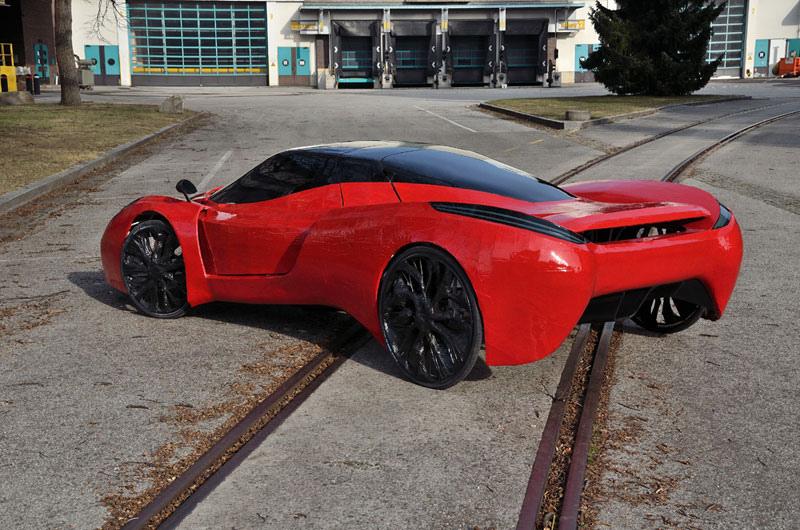 In terms of engines there’s nothing to be worried about since your feet are the pistons but the gearbox is one of the most advanced ones around.

There’s no other car which has an 11 speed gearbox like this one has. Maybe that’s how they’re trying to justify the 1.5 million dollar price tag.