The new 2015 Sorento from the South Korean based automaker Kia has been spied undergoing tests under heavy camouflage, but new renderings leaked to the web provide a better look at the upcoming crossover.

2015 Kia Sorento has received a prominent grille, more aggressive headlights with LED daytime running lights, rectangular taillights and plastic body cladding. The car is rumoured to have a longer wheelbase than its predecessor. Other highlights include a gently sloping roofline, a dual exhaust system and a new spoiler.

The interior of the new Kia Sorento will most likely be more spacious and will benefit from new driving-focused technologies and some upmarket materials. 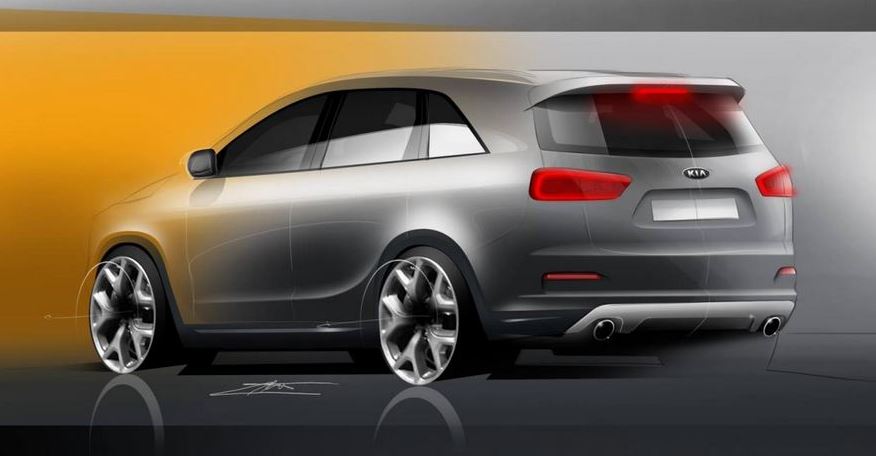 As for mechanicals, reports suggest that 2015 Kia Sorento may borrow the 2.2-litre R-series turbo diesel engine from the current model. The other engine options may include a 3.3-litre GDI V6 and a turbocharged 2.0-litre four-cylinder unit. There are many chances that a hybrid version will hit dealerships as well.

2015 Kia Sorento is expected to be revealed in South Korea in September.