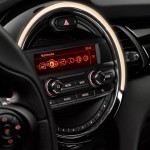 MINI John Cooper Works is back to impress once again. Car fans all around the world remember the moment the MINI John Cooper Works has been presented at the NAIAS back in January. Emotion was the operative word as specialists, drivers and even the car maker were excited to finally see the new car. And […] 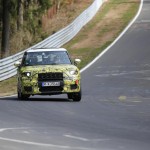 2017 MINI Countryman has been caught on camera while testing. The super small car has been photographed while showing off at the Nürburgring. Though wearing heavy camouflage the model comes to clear some mysteries off the list. Basically if we look back we remember that the Countryman has been facelifted about a year ago. Though […] 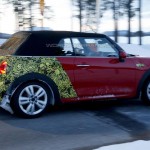 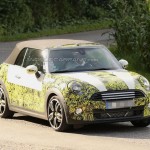 The British carmaker Mini is hard at work developing the new Cooper Cabriolet and spy shots of this car model have recently hit the web. Apparently, the pictures were taken while the prototype was undergoing heavy testing in Europe. Based on the standard Cooper, the vehicle has received an automatic folding soft top and redesigned […] 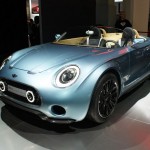 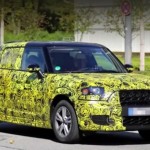 The next-generation Mini Countryman has recently been spotted in black-and-yellow camouflage while undergoing testing in Germany. The vehicle appears to have grown in size. The new Mini Countryman is riding on the company’s new UKL1 platform which also underpins other Mini models as well as the BMW 2 Series Active Tourer and the latest BMW […]