Here’s an unusual way to release a new car. Long before it’s ready to hit the production line or even get a showcase as a proper concept, the Acura NSX Roadster has a debut.

It’s a secondary player in this scene, but the Acura NSX Roadster debuted on the red carpet in Hollywood at the premiere of the Avengers movie. 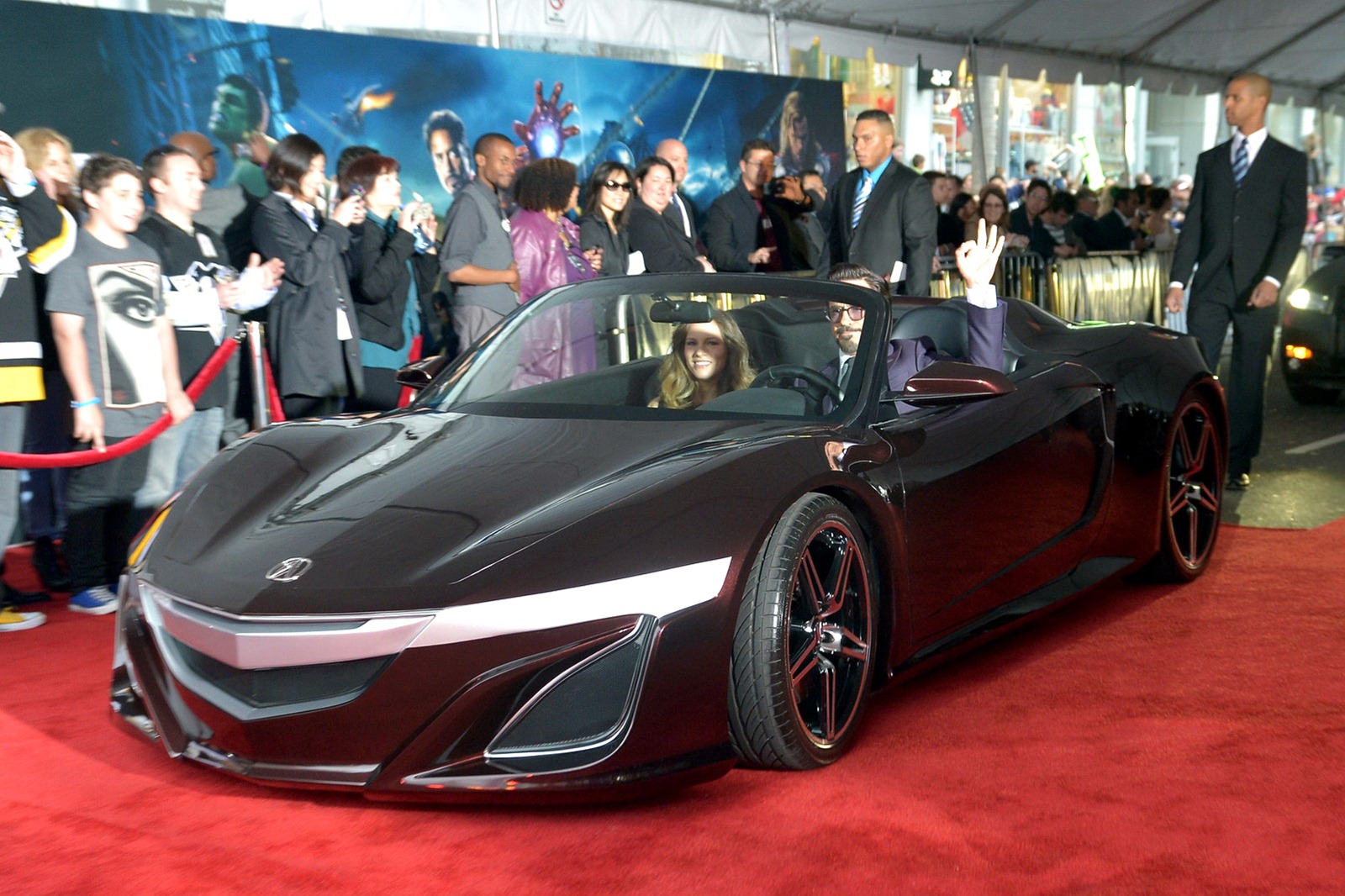 We’re not sure what makes the Acura NSX Roadster tick and at what figures but we do know Tony Stark, that’s Ironman by the way, is the the guy who drives it in the Avengers movie.

The red carpet footage is, rather predictably, a lot of it is about the stars and the movie and far too little (for our taste) of the Acura NSX.

What’s particularly disturbing is that, from some angles, the Acura NSX Roadster not only doesn’t look good but can actually be labeled as ugly.

Some of the lines on it are a bit too aggressive and the who thing looks like it’s made by a cartoonist first and a designer tried to polish it up later on in the process.

If you want to get a closer look for yourself, you’ll likely want to know that the Avengers will be opening in theatres on the 4th of May.

Acura/Honda fans should know that along side the NSX Roadster, the red carpet at the new Avengers movie was also car enthusiast friendly as the Shield SUVs were also there.

These are toughened up Acura models, but they do request less effort and costs to build.