The second generation Acura NSX Type R has received a special makeover. As a reminder the new Acura NSX Type R has made it’s official debut this week at the North American International Auto Show being long awaited by car fans all over the world and long teased by producers.

As far as the standard model goes we remind you that under hood arsenal is simply exceptional. The car runs on a twin-turbo V6 engine together with three electric motors that give a combined output of more than 550 bhp (410 kW). Let’s continue by telling you that the car runs the 0-60 mph (0-96 km/h) sprint in less than 4 seconds. 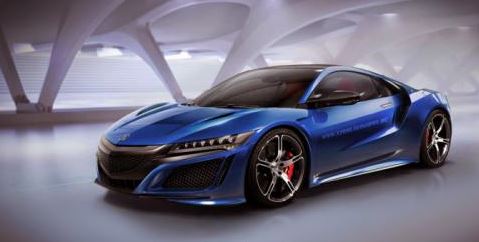 Even if theoretically perfect the model has just received a treatment that just makes us say wow. X/Tomi Design gave off his best while redesigning the second generation Acura NSX Type R.

And even though the changes made to the car are just digital we must state that Tomi gave full talent and created the greatest.

The more agressive vision depicted by X/Tomi Design has already been confirmed by the company as it’s chief engineer offered some important information. He stated that a higher specification version of the new NSX will most likely come out in about two years.