Honda, and its luxury division Acura in particular, have got a lot of hopes and money riding on the success of the NSX halo car they plan to introduce to the market soon.

It’s a very impressive vehicle, it has a brand new awesome hybrid powertrain, a great look and it’s being driven by one of the most impressive superheroes ever. 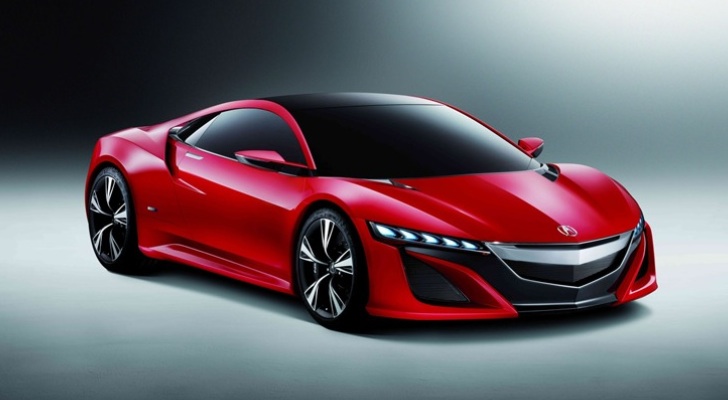 The only trouble is that we already know this stuff. What can Acura do to make their car stand out at the 2012 Beijing Motor Show?

They must have picked their brains for several… seconds before giving up and going to lunch. They simply took an idea someone else had.

Just like Alfa Romeo did with their 4C sports car not that long ago, they’ve given it a new shade of paint and started to watch the motoring media go nuts over it. 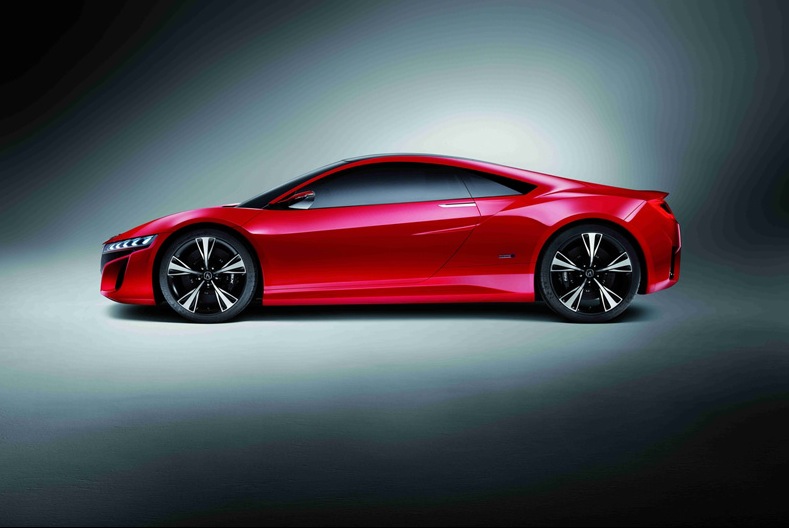 Whereas the Acura NSX Concept was introduced and mostly showcased as a silver car, it was now given a red paint job.

It’s exactly the other way round of the Alfa, but the effect seems to be roughly the similar the Acura NSX is looking better than ever.

Otherwise, expect the same Sport Hybrid SH-AWD to power it. That’s a combination between a next generation V6 and two electric motors. 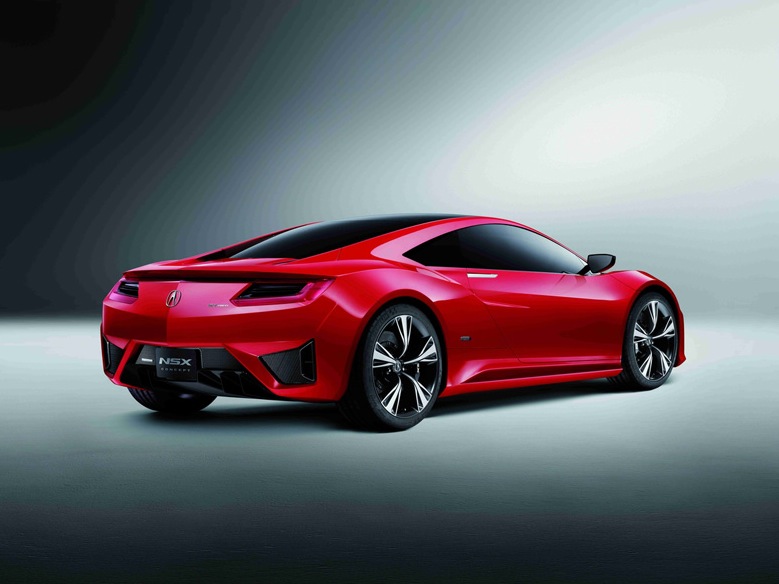 We don’t know any exact power figures but somewhere around 400 horses and a considerable amount of torque is what we’re likely looking at.

With that sort of numbers on hand, Acura’s NSX can compete with the upcoming BMW i8.